A report looking into the growing corrective momentum of the US dollar and how this is impacting major forex.&nbsp; 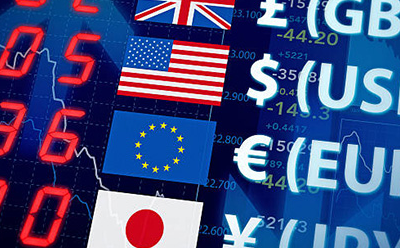 A reversal of the US dollar (USD) outperformance of June and July is gathering pace as August sets in. Stepping back, the USD remains in a broader trading range, but it seems as though the next corrective leg lower within the range has begun. This is allowing other major forex to begin to recover against the USD.

Since breaking a six-week uptrend at the end of July, the USD has decisively lost ground and moved into reverse. In recent weeks we have seen Fed chair Powell pouring cold water on the expectations of any early taper (both in the Congressional testimonies and the FOMC press conference). Furthermore, yesterday’s ISM Manufacturing data suggests a peak has been seen in pricing pressures and sector recovery growth. The pressure on the Federal Reserve to tighten policy, first through tapering the emergency $120bn asset purchases has been reduced.

Treasury yields are continuing to slide and the Dollar Index is now corrective. The chart shows a move below 92.00 support on Dollar Index and a retreat into the band of support 90.25/90.60 could easily be seen. With the RSI consistently below 50 now, the negative momentum is building.

On a one-month performance basis relative to the dollar we can see that the safe havens (JPY and CHF) have been consistently performing well, whilst the commodity currencies (AUD, NZD and CAD) have suffered.

However, it is notable that whilst the safe-haven currencies are still performing well, the recovery in the commodity currencies is gathering pace. We look at the performance over the past two weeks to reflect this.

Notice how the performances of GBP, CAD and NZD are moving towards the top (aside from the consistently strong CHF). These are all countries with central banks that are seemingly pushing down the road in tightening monetary policy. With this positioning of central banks in mind, we can expect these currencies to continue to perform well during a time of USD correction.

What do major forex pairs need to do to push ahead versus USD?

There are barriers to recovery on major forex though. That level of 92.25/90.60 on the Dollar Index is a key mid-range basis of support. Here is what it means for major forex pairs and what they need to do to continue a rally against the USD:

The US dollar is showing signs of continued correction. A test of mid-range support is looking increasingly likely as major currencies build recovery momentum.