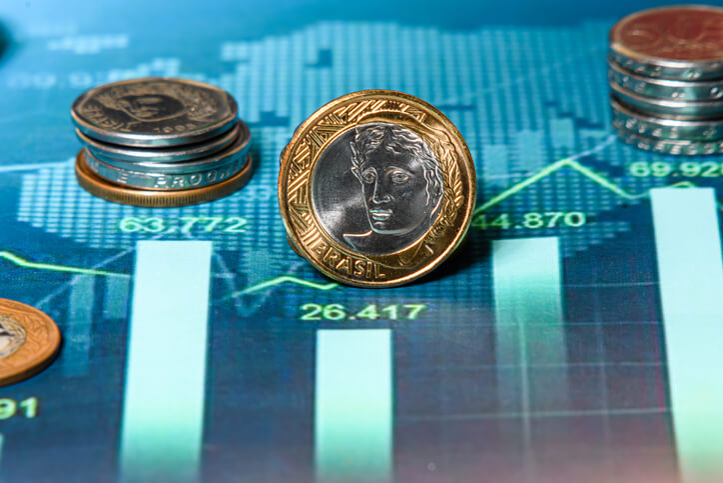 With Latin American currencies and stock out-performing the market throughout Q1 ’22, interest in the region has transformed into record trading volumes on IX Social, INFINOX’s social trading platform.

During the quarter, the region’s principal currencies made and held significant rises including the Brazilian Real (up 17.3% since 1 January against the US$), the Chilean Peso (9.49%), the Colombian Peso (8.25%) and the Peruvian Sol (7.34%).

With geopolitical turbulence in Europe and uncertainty in Asia, Richard Perry, market analyst for INFINOX, was impressed by the outperformance in the Latin America region during Q1.

“As net exporters of primary materials and energy, Latin America has been relatively well placed throughout Q1. Furthermore, it is well away (geographically and commercially) from the conflict in Ukraine. There was notable outperformance of both currency and equities in the region too. Stocks were able to buck the global trend during the last quarter, recording a 26% rise. This was boosted in no small part by a near 35% weighting from the materials and energy sectors.

"With increasing fear around international markets of economic slowdown hitting both the US and China in the coming months, the outlook for demand in base metals and energy has been hit."

During the last quarter market cap-weighted indexes (MSCI) demonstrated the post-pandemic recovery across the region with Peruvian stocks up 36.91% during the first quarter, followed by Brazil (34.07%), Colombia (29.58%) and Chile (28.58%).

Richard went on to state that it has not been all one-way traffic for the performance of Latin American assets in 2022; particularly, as we enter Q2.

“The relentless USD strength and higher US bond yields have, however, been weighing on Latin American equity markets into Q2. With increasing fear around international markets of economic slowdown hitting both the US and China in the coming months, the outlook for demand in base metals and energy has been hit."

“These dynamics are (already) weighing on the performance of currencies across Latin America in Q2, with double-digit percentage declines for currencies such as the Brazilian real, Chilean Peso and Colombian Peso. Furthermore, the gains seen across equity markets from Q1 are starting to be reversed, with falls of -20% to -25% on the indices for Brazil and Chile (in dollar terms) from their recent highs.”

“That is why social trading platforms such as IX Social can be an excellent tool to help traders enhance their market knowledge, follow reputable experts and increase awareness of the drivers of asset prices across the region,” he concluded.

According to Tiago Cardoso, Product Owner de IX Social, increased interest in the region has also contributed to rising trading activity and volumes.

“Downloads of our IX Social app in the region are up 19.37% for Q1 22 (compared to the previous quarter), while new account opening have risen by a similar percentage (19.58%) for the same period. Last quarter overall trading volumes were up 110.63% compared to the same period last year,” he said.

"It’s clearly been a great time to ‘stock up’ on so-called ‘reserve’ currencies such as the US$; and the impact can be seen in the number of traders using our platform in the region."

“There are many reasons for this growth ranging from increased awareness, the institutionalisation of working from home policies (enabling many part-time traders to operate from home), and higher levels of financial independence and autonomy being enjoyed by Latin America’s younger population. However, it would be remiss to disregard the impact of the region’s relative economic performance over the last quarter. It’s clearly been a great time to ‘stock up’ on so-called ‘reserve’ currencies such as the US$; and the impact of this can be seen in the number of traders using our platform in the region,” added Tiago.

INFINOX’s IX Social’s functionality allows clients to ‘like’ certain trades of the traders they follow, even going so far as to comment on them and to converse about why a specific trade was chosen. Apart from merely trading on the app, IX Social also incorporates community group functionalities, where traders can create sub-communities to share information, create an education portal, or even trade as friends. It even allows clients to share their trades and the knowledge as to why they were chosen.