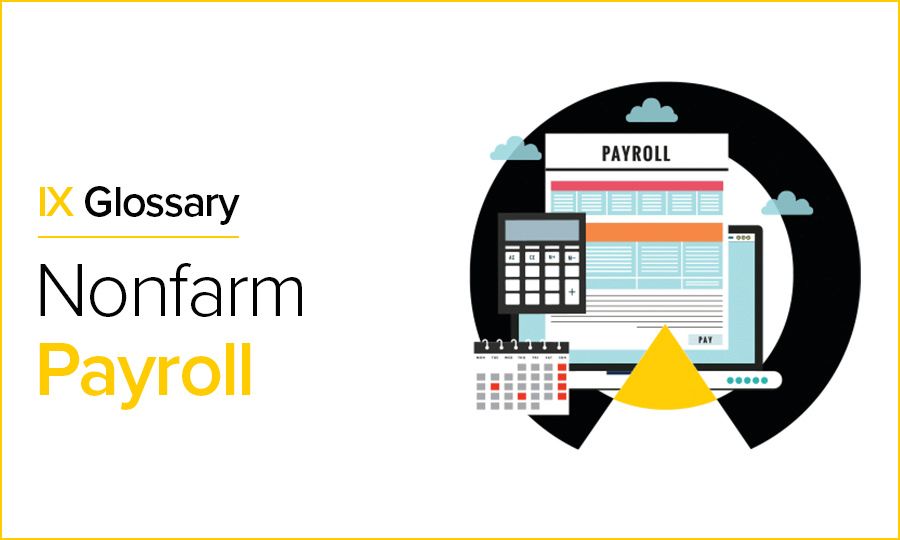 The Nonfarm Payrolls (NFP) data is seen by traders as the most important economic data of the month. The data records how many jobs were added in the United States in the prior month.

NFP data is part of the US Employment Situation report, the monthly official labour market data from the US Bureau of Labour Statistics (BLS).

It covers the majority of workers in the US. Farm workers are excluded from this due to the seasonality of farm work. Other job sectors excluded from the BLS data include:

The NFP report is traditionally announced on the first Friday of the month at 08:30 Eastern Standard Time.

Strong jobs growth is positive for US assets. Subsequently, US Treasury yields, the US dollar and US equities will move on the NFP data.

Further, because the US is the largest economy in the world, broad market sentiment will be impacted and international markets will also move. Other markets affected by NFP include commodities such as gold, and major foreign equity markets.

Breaking down the Employment Situation report

Traders look at other components of the Employment Situation report for an overall picture of the labour market. These include:

It is estimated that the US economy loses between 100,000 and 150,000 jobs every month due to factors such as death and retirement. These jobs need to be replaced.

Subsequently, if the US generates upwards of 200,000 jobs, it is seen to be expanding. Growth below 100,000 jobs says that the labour force is likely to be shrinking, and can be a sign of a contracting economy.

As ever, with any data, market expectations are important. Beating the consensus will tend to drive a decisive market reaction.

Markets tend to spike on the data announcement. The first sharp move is usually in the direction of the headline NFP surprise. Algorithm trading can also drive the original market move.

However, this is not always a lasting market response.

These spikes can begin to retrace after just a few minutes. How far they retrace depends on the extent of data surprises in the Employment Situation report.

Subsequently, the Employment Situation report should be taken as a whole package of data as it often generates a sustaining impact on markets.

Under normal market conditions, here is how markets are likely to react: 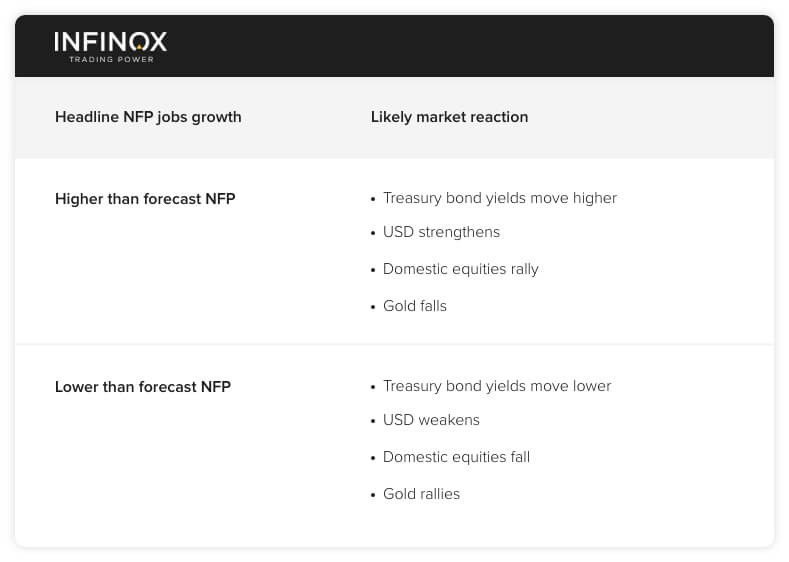