Indices rallying but Omicron could still play the Grinch

We consider the outlook for indices as Christmas approaches. The potential for a Santa Claus rally is growing, but Omicron is still a key issue lurking in the wings 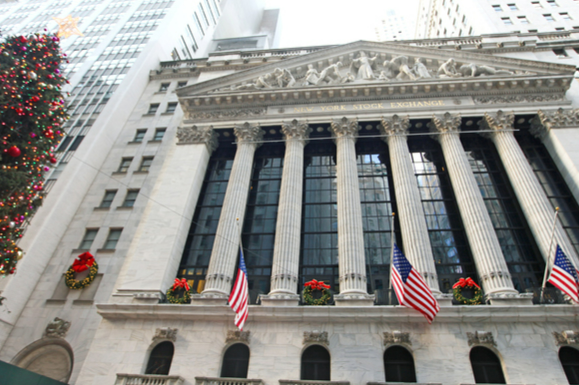 The last couple of sessions has seen equity markets making headway. Around this time of year, market commentators like to talk about a “Santa Claus Rally”. This could be beginning to play out. However, with Omicron still lurking as a substantial risk factor, the Grinch could yet steal Christmas for the bulls.

It has been a turbulent few weeks across major equity markets. With volatility elevated we have seen some wild swings since early November. Central banks tightening monetary policy just as markets are digesting a new Covid variant called Omicron has driven fear levels higher for investors.

However, just as markets are settling down for Christmas there seems to be renewed positive risk appetite forming. Given the reduced volume and liquidity levels over the Christmas period, this is a good combination for a “Santa Claus Rally”.

News from scientists in the UK are backing the view that whilst Omicron may be far more easily spread than the previous Delta variant, it seems to be less severe. This is at least with regards to hospitalisations and by extension fewer deaths.

This gives markets reason to be positive.

However, this is not all good news. European governments are spooked by the spiking levels of infections. The increased socialization of families and friends over the festive period gives the potential for infections to further increase.

There is still the risk that European governments react by imposing more stringent social restrictions, perhaps even renewing lockdowns. If this happens, then it would be a negative shock to economies and broad market sentiment would turn negative again, and we can expect indices to fall again. Omicron still has the potential to play the Grinch who stole Christmas.

For now, though, the outlook is encouraging as indices move towards testing key resistance again. The question is whether this move has the legs for a breakout, or whether investors are so wary of chasing breakouts that eventually fail, that it becomes a self-defeating move.

We look at the technicals on Wall Street, and the move higher comes with a caution. The S&P 500 futures (MT5 code: SP500ft) are eyeing the 4711/4742 key resistance now. However, the Relative Strength Index is struggling in the low 50s. There needs to be an improvement in sentiment (RSI above 60) to suggest there is lasting traction in a bull run. A close above 4711 would also hint at a more decisively positive move. Above 4742 would be a new all-time high. Support around 4645/4665 needs to hold to maintain the improving outlook.

In Europe, the FTSE 100 (MT5 code: UK100) is similarly set up, with the bulls eyeing a test of key resistance. The November high of 7401 marks the top of a range that has been a feature for the past three months. There is still a slightly ranging look to the RSI, which is just hovering around 60, but if this can move above 60 then there will be upside potential for a test of 7401. The near term support at 7302/7332 needs to hold to sustain the improving outlook.

However, the one that perhaps has the most potential for a move is the German DAX (MT5 code: GER40). The volatility on the DAX has seen it flying around in recent weeks, more so than the other major indices. At its largest drawdown in November, the DAX fell -8.5% (whilst the S&P 500 futures fell -5.2% and FTSE 100 fell -5.7%).

However, whilst the DAX underperforms on the way down, it also tends to outperform on the way back higher again. For now though, on a technical basis, the DAX is way down from the positions of other indices. It is currently stuck around the middle of a range between 14,810/16,300. It has a lot of work to do in recovery.

The first test is at 15,800/15,870 resistance. However, we are seeing rather subdued momentum, with the RSI between 40/55 for the past two weeks. It would seem that Santa Clause will need to work the magic on the DAX if the bulls are to trust a rally. However, if the bulls can break the shackles of resistance at 15,870 then there is potential for upside towards the highs again. The importance of support at 15,400/15,510 is growing and needs to be the basis of any higher low in order to sustain an improvement.