Indices are recovering but barriers still need to be broken

Equity indices are rallying well amid signs of improved geopolitical prospects. These near-term rebounds still have barriers to break through to become sustainable recoveries. 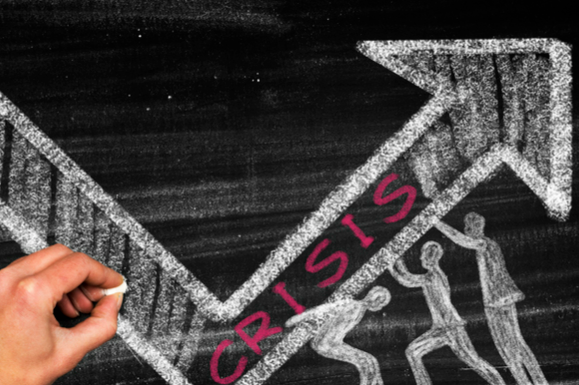 There has been a more constructive tone to equity markets in the past 24 hours or so. This is allowing recoveries to develop. It is still very much early days, both for the recovery in indices and the prospect of a diplomatic resolution in the war between Russia and Ukraine. Both are inextricably linked.

The prospects for peace in Ukraine are improving

Can we begin to believe that there is real potential for a peaceful resolution of the war in Ukraine?

Comments from Ukrainian President Zelensky talked about the “more realistic” positions that the sides were taking in the negotiations between diplomats. This is also being backed up by comments from Russian foreign minister Lavrov who has said, “There are absolutely specific formulations which in my view are close to an agreement.”

This is very encouraging. However, the crux of it will come down to what President Putin can view as an acceptable victory. He will need to come back to the Russian public with a victory. Just what forms that victory takes (or can be spun into) will be key.

However, the war is not progressing as the Russians had hoped. Russian forces are being met with fierce resistance. Advances are extremely slow, whilst more and more Russian troops are dying or are returning home injured. If this continues, Putin may need to re-align his aims for this war. This could become a key factor in the peace negotiations in the coming days.

For now, the noises from both sides over ending this conflict are at least encouraging. However, the big caveat is that Russia is notorious for the art of deception on the international stage and there is always the risk of a breakdown in the talks at any stage.

A risk recovery on indices

The broad market impact on the prospect of an end to the war is positive. This is seen driving the recovery of European assets, with the euro starting to perform better in the forex space. In the indices asset class, we see the DAX leading the recovery.

However, we are seeing an accelerating rebound in the higher risk indices. Looking at the major US and European markets, we see the German DAX, French CAC and NASDAQ 100 futures all accelerating higher. The less volatile (due to the higher weighting of value stocks) Dow futures, S&P 500 futures and FTSE 100 are all ticking higher, but finding less traction in the recovery. This is mostly because they did not fall as hard during the downturn.

Turning to the technicals, we are seeing breakouts coming on the major European indices. The DAX is the most encouraging on a technical basis.

This morning we have seen the German DAX (MT5 code: GER40) decisively above resistance at 14,123. If this is confirmed into the close tonight, then it would complete a two-week base pattern (seen best on the 4-hour chart). It would open for recovery momentum to test the key resistance in the band of overhead supply between 14,810/15,000.

There is a caveat, in that the daily Relative Strength Index (RSI) has consistently failed around 50 in recent weeks. A breakout needs to come with the confirmation of the RSI decisively above 50. The breakout has left 13,575 as a key higher low support.

FTSE 100 (MT5 code: UK100) has also been recovering and is higher today. However, the move is less decisive than on the DAX and an initial breakout above resistance has retreated.

Once more, this recovery still has the RSI below 50, so could still just be a bear rally. The reaction to resistance around 7264 will be key. A decisive move above this resistance would be a sign of bullish intent. For now, this recovery is just being held back. However, as long as key support of 7050/7075 is intact there is a growing potential for a sustained recovery towards the next resistance band at 7465/7560.

Overhead resistance is a key factor for Wall Street as indices look to build a recovery. These markets also have the not-so-small impact of the Fed meeting later today to factor in too.

NASDAQ 100 futures (MT5 code: NAS100ft) are recovering well, but the move is approaching the key near-term resistance of 13,700/13,860. This coincides with the resistance of the 10-week downtrend (c. 13,900), in addition to the falling 21 days moving average (c. 13,790). Furthermore, the RSI has simply unwound back into 45/50 where previous lower highs have formed. This confluence of resistance levels shows how important this moment is. A breakout would open 14,390 as the next test, but technically would be a decisive recovery.

We also see key resistance overhead on the S&P 500 futures (MT5 code: SP500ft). Again, there are similar technical aspects of resistance that need to be breached for a recovery to take flight. Resistance at 4335 would be a key first hurdle to overcome ahead of the more important 4418.

Finally, we are also seeing similar resistance overhead on the Dow futures (MT5 code: DJ30ft). However, despite the clear run lower in recent weeks, there is no well-defined downtrend. Today we are seeing a move above the initial resistance at 33,690 but the bigger resistance is at 34,140. If this can be breached then it would form a base pattern. The RSI needs to move decisively above 50/55 (ideally into the 60s) to push for strengthening momentum in the recovery.