Impact of growing pressure to hike on the Bank of England

Pressure is mounting on the Bank of England to hike rates in December. We believe this will now underpin GBP performance in the coming weeks 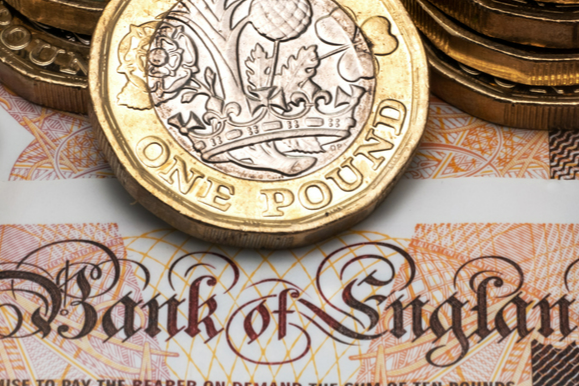 The groans were almost audible across the City of London after the Bank of England monetary policy decision in November. The fact that the MPC did not hike was one thing, but after Bailey guided fairly strongly towards a hike, only having two of the nine voters in favor of a hike was extraordinary. Especially as Bailey himself was not one of them. Despite this, the recent economic data is making calls for a hike difficult to ignore. Sterling is finding support as a result.

A rough time for another “unreliable boyfriend”

Governor Bailey gave an interview in mid-October before the Bank of England decision in November. He said that the BoE would “have to act” to curb inflation. Markets moved quickly to price in a rate hike in November. The BoE disappointed markets by standing pat but also with no change to the already two dissenting voters on the MPC. Governor Bailey did not vote for a hike.

With him on the ropes, he is swinging wildly to fight back. He said the fault lay with traders. According to Bloomberg:

Bailey has a fight on his hands to save his reputation.

The UK economic data in recent days only serve to heighten expectations of a December hike.

Firstly, unemployment continues to improve. In the 3 months to September unemployment rate fell more than expected to 4.3% (from 4.5%).

The concerns that the Bank of England had for not hiking were in large part based around not knowing the impact of the end of the government’s furlough labour support program. Yesterday’s employment data showed that despite furlough ending in September, UK companies added 160,000 jobs in October. Also, according to the Office for National Statistics, 88% of survey respondents that were on furlough in September had employment in October. This should reduce some of the barriers to hiking for the BoE.

As in many countries around the world, inflation pressures are mounting in the UK. Today’s CPI data shows that inflation is running ahead of market expectations. Headline CPI jumping to 4.2% (from 3.1%) was way above the 3.9% forecast. This is well on the way towards the 5% projection that the Bank of England has talked about. Core CPI jumped to 3.4% (above the 3.1% forecast).

This is increasing the pressure on the Bank of England to do something. Much of the jump in inflation in the past month has been down to soaring energy costs. The trouble is that this is external pricing pressure and is something that the BoE cannot control by simply raising interest rates.

At the select committee on Monday, Governor Bailey said that he was “very uneasy” at the surge in inflation. He and the MPC will be even more uneasy now.

All this certainly ramps up the pressure for a December hike. According to the CME Group BoE Watch tool, there is a 100% probability of a +10 basis points hike in December. There is a 67% chance of a +20bps hike.

This expectation seems to have helped to build support for the UK pound (GBP) in recent days. It may help to sustain that support for the coming weeks too, as we move towards the Bank of England meeting on Thursday 16th December.

It is interesting to see that despite continued USD strength in recent sessions, GBP/USD is pulling higher. This suggests that GBP is beginning to outperform.

Cable is testing a three-week downtrend today and the resistance band 1.3410/1.3470 has been under pressure in the past few days. A close above 1.3470 would be a key near-term technical improvement now. It would open recovery towards 1.3570/1.3600

We are also seeing the relative outperformance on other forex crosses too. On GBP/AUD there is a decisive improvement now, with a break above 1.8430. This has completed a small reversal pattern (implies 1.8680). Strengthening momentum is also building with the RSI back above 50. A move to test the resistance at 1.8530/1.8610 is now on.