Have indices hit capitulation ahead of the Fed?

Signals point to a culmination in selling pressure as Wall Street rebounded into the close last night. Although there is still a legacy of selling pressure, the Fed meeting could be crucial to a turnaround in sentiment on indices. 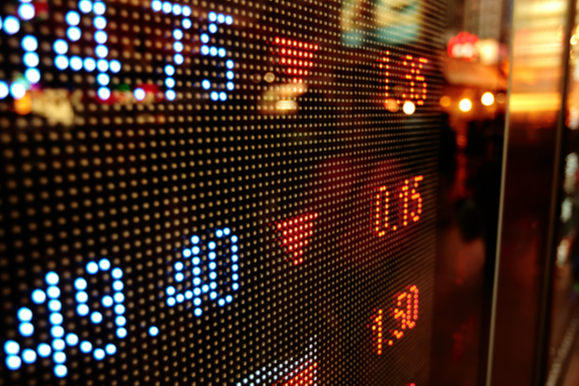 Equity markets have become increasingly fearful in recent weeks. Fear of the Fed tightening is front and center. However, there is also latterly a fear of conflict breaking out on the border of Russia and Ukraine. Volatility has been increasing in the early weeks of 2022 and equity markets have fallen hard in recent sessions as selling pressure has accelerated. However, after initially spiking lower, there was a huge intraday rebound on Wall Street last night. This now questions whether the capitulation phase of this sell-off has now been seen.

According to data compiled by US investment bank JP Morgan Chase, there was a huge rush of sell orders from their retail investor clients. Retail traders tend to be the last to capitulate in a sell-off. Given that the sell-off in equities has also come at the same time that cryptocurrencies have fallen sharply, this suggests investors look to liquidate portions of their portfolio to cover margin calls.

Below is a segment of a Bloomberg article:

These declines are now the biggest moves lower on Wall Street since the first pandemic sell-off in February/March 2020. The cash indices of the S&P 500 and NASDAQ 100 are both in double-digit drawdowns from recent peaks and on

The S&P 500 Index had fallen -12.4% to yesterday’s low. This is the largest decline since the -35% initial decline from the pandemic.

The NASDAQ 100 Index has fallen more this month, down -17.3% at its nadir yesterday, with only the -30.5% fall from the immediate pandemic reaction being bigger.

However, with both indices closing higher on the day yesterday, there is a sense that a key low has potentially now been formed on Wall Street.

Looking at the Fed reaction

All the while, the FOMC will have been watching these market moves ahead of this week’s meeting. They will know that the growing selling pressure which appeared to reach “panic” levels yesterday can in no uncertain terms be attributed to the upcoming Fed tightening of monetary policy.

Spikes higher on US bond yields have come as FOMC members have been ever more hawkish in their talk of 2022 rate hikes and latterly the balance sheet run-off. So the key issue is whether this sell-off will make the Fed blink. Historically, the Fed has reacted to equity market sell-offs with easier policy. Already there are signs that inflation signals could be easing. Is there a need to aggressively tighten monetary policy? This may well encourage some of the more dovish FOMC members to take a step back and not let the hawks run away with the FOMC’s narrative.

If the Fed does take a slightly less aggressive tightening path, then this correction on Wall Street will prove to be a buying opportunity.

Looking at the technical analysis on S&P 500 futures (MT5 code: SP500ft) there was a massive “bull hammer” one-day candlestick yesterday. This is a positive formation, especially at the end of what could have been a culmination sell-off. The daily Relative Strength Index is also at extreme levels at just under 30. This is now prime technical rally territory.

Yesterday’s session high of 4486 becomes a key level of resistance. This was also just under the old key low of 4492. The 4-hour chart shows that 4411 is an initial basis of resistance (the intraday rebound high) to watch for improvement too.

The outlook on the NASDAQ 100 futures (MT5 code: NAS100ft) looks more precarious. The intraday breach of the July/October reaction lows is a significant concern now. However, there is also a “bull hammer” candlestick which gives cause for encouragement.

The market has though fallen away in early moves this morning and the old support band 14,365/14,585 now becomes an area of resistance. Despite this, there is also an RSI under 30 and looking stretched. Once more, this is in prime technical rally territory, however, the support needs to firm up.

Into today’s session, the selling pressure has resumed once more. It remains to be seen whether the Fed does rein in the aggressive hawkish rhetoric. Tomorrow’s meeting could be crucial for indices.