Gold could be in the process of bottoming out

A report that builds a case for the process of a bottoming in the gold price. Fundamental correlations are improving and the technical analysis is also seeing some interesting developments. 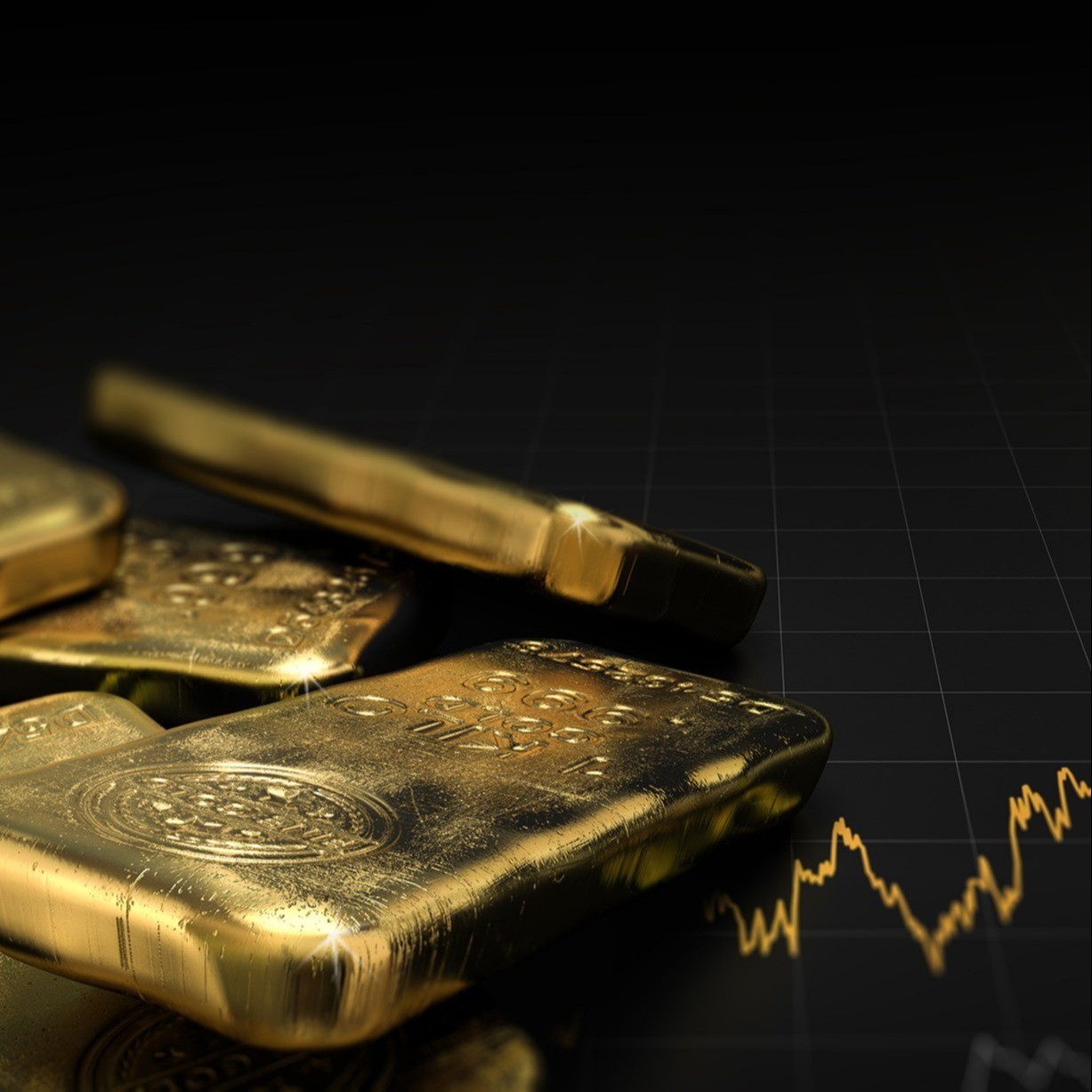 Gold has been a consistent underperformer during 2021. The dollar strengthening rising US Treasury yields have played a key role in driving continued downside for the yellow metal. However, the persistent selling pressure has been lacking in the past couple of weeks. This could mean that an appetite to sell has waned, and with it perhaps a bottoming in the gold price.

Correlations with the dollar and yields have become more positive

Throughout much of the past year, gold has held a broadly negative correlation with the direction of the US 10 year Treasury yield. This has been in line with what we have come to expect. Yields have been climbing strongly since August, which timed almost perfectly with the all-time high in gold.

However, since Q4 2020, the times where Gold and the 10yr yield became positively correlated (in September to October and December to January) helped to generate support for gold. The 21 day Correlation has just swung into positive territory once more. We expect the 10 year Treasury yield to push towards 1.8%/2.0% in the coming weeks. If this positive correlation with gold continues, it should enable gold to build on support. 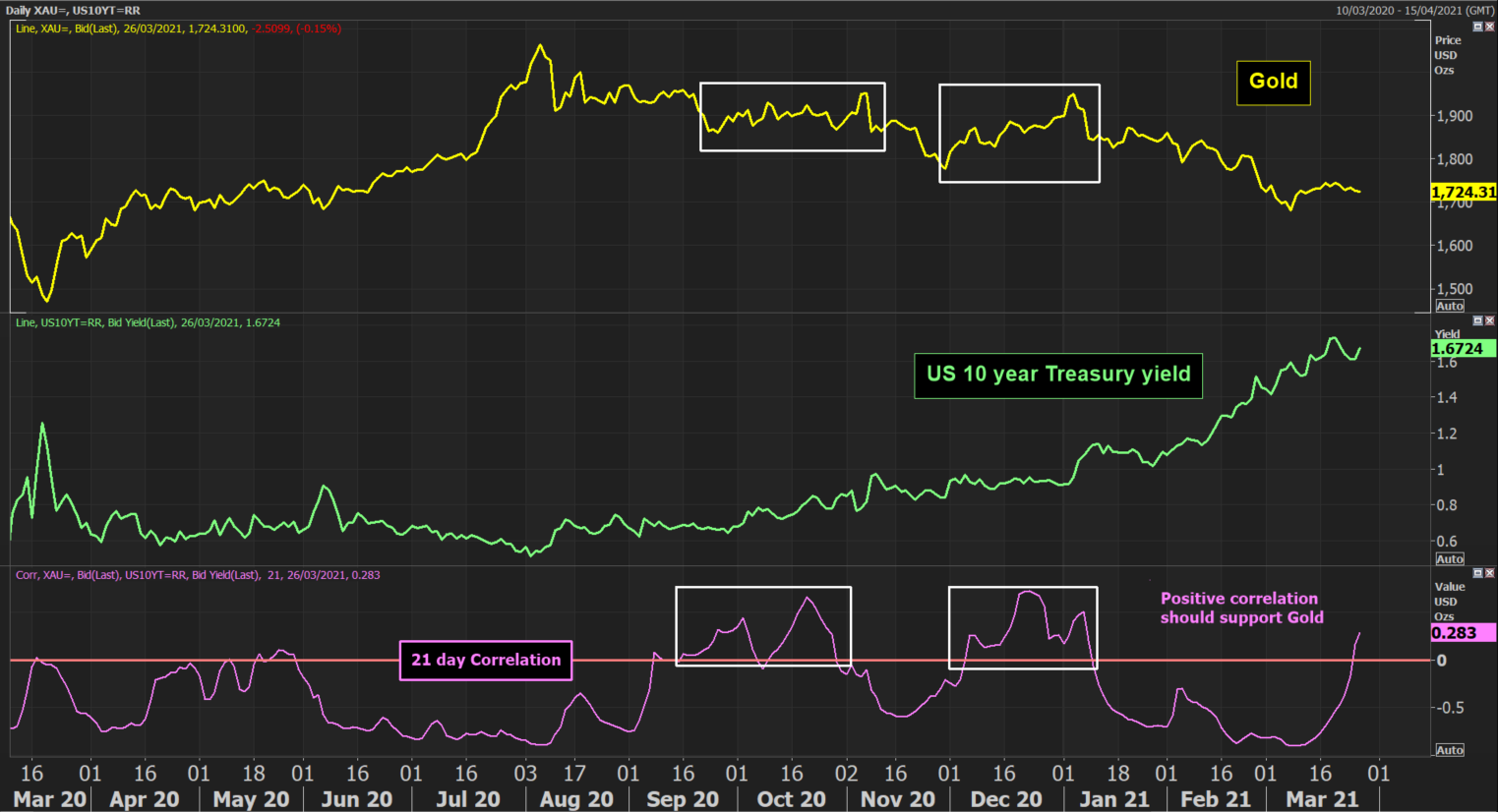 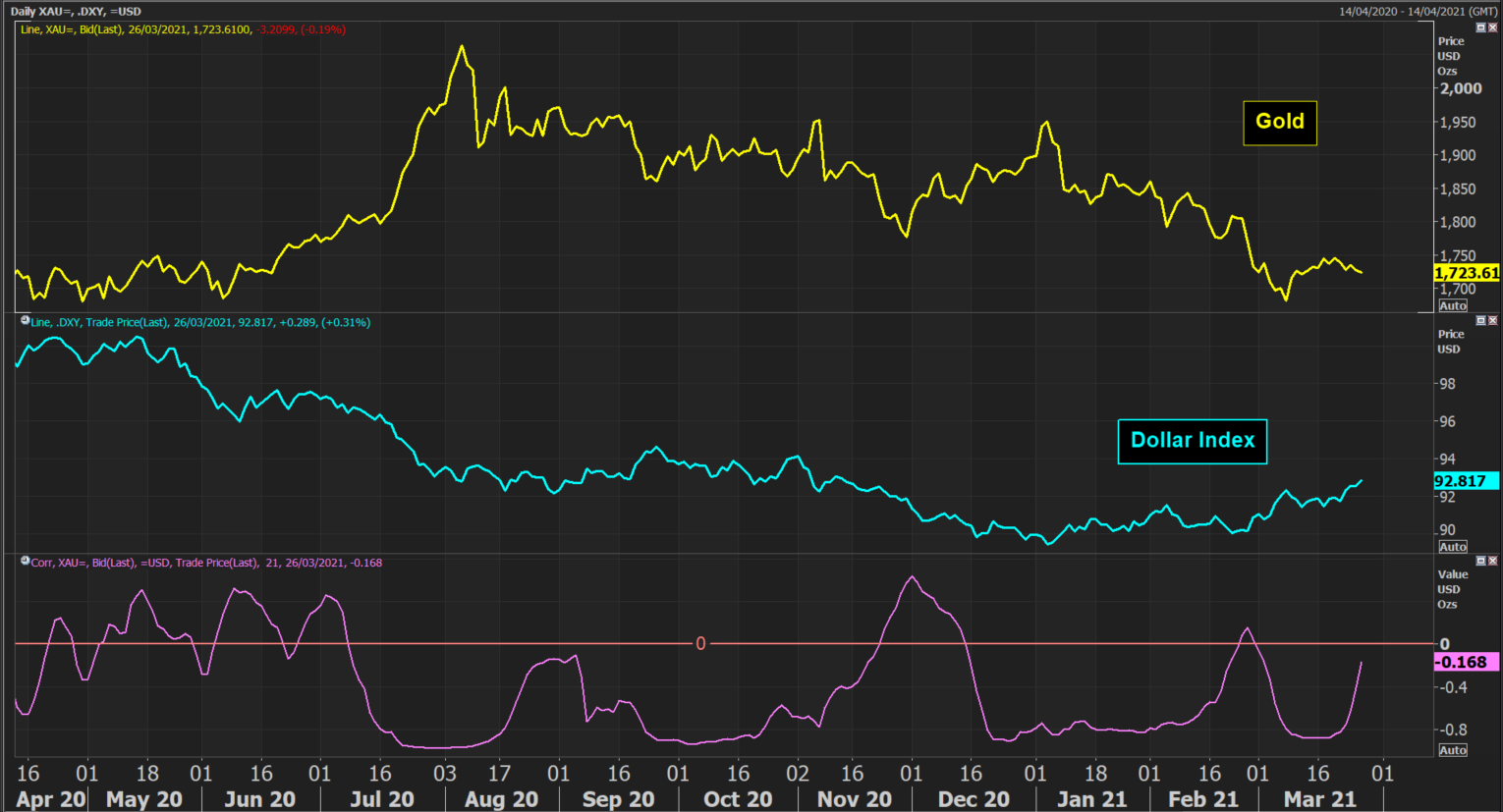 The rationale behind all of this is that we believe that the higher bond yields go (and at their current fast-paced rate of advance), traders become less risk positive (as the rise is seen as disorderly). This could be increasing the demand for gold as a safe-haven play.

However, Gold has not decisively begun to move higher yet. There is key resistance at $1740/$1765 which needs to be overcome. Also, momentum is still negatively configured and this will have to improve significantly to suggest there is support for upside. The 14 day RSI needs to be consistently above 50. 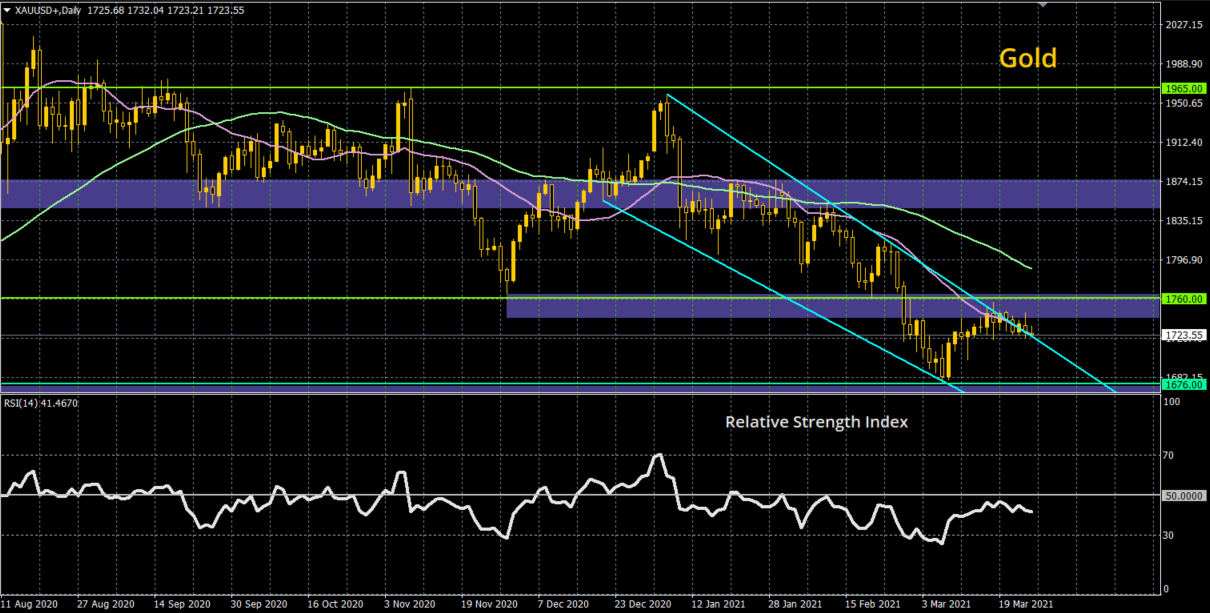 The longer-term weekly chart also shows that the retreat back to $1676 (and towards old key support around $1660/$1670) found a low to form a 2 year uptrend. This helps to build a case that an important low may now be in place on gold. 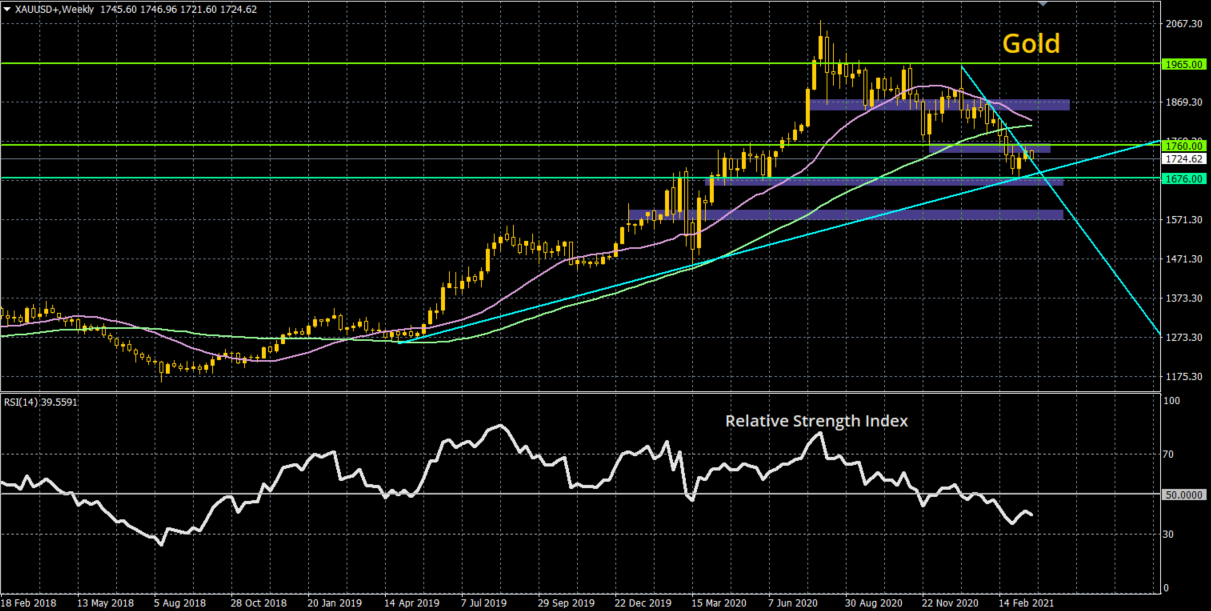 Hints of improvement have been few and far between on gold in recent months. It is still too early to determine whether this big sell-off on gold from the all-time highs has now run its course. Subsequently, the next few weeks could be extremely important for gold.

If the growing positive correlations with yields and the dollar continue, then the potential for a breakout above resistance at $1765 could develop. And if that can hold, then it would be a key improvement in the outlook for gold.