After a tumultuous 48 hours for the UK Government, Boris Johnson has resigned as Prime Minister. Financial markets are reacting, with GBP gaining ground, especially against the EUR.&nbsp; 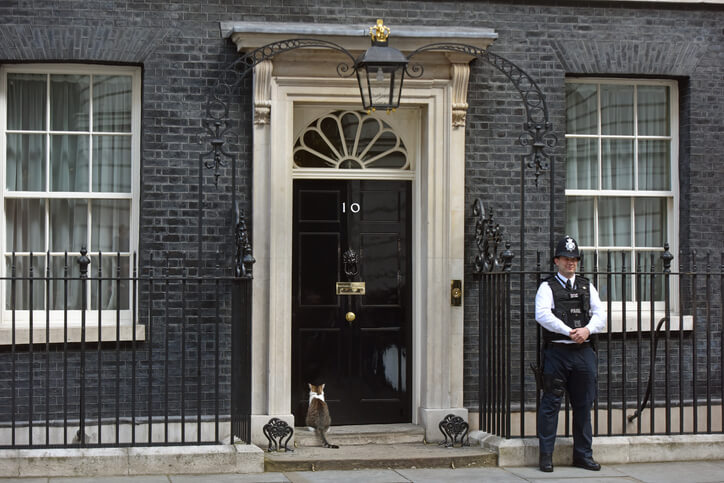 After months of scandal, accusations of lying to Parliament and challenges to his leadership, the UK Prime Minister Boris Johnson has resigned his position. This comes after a flood of resignations from his Government, after one scandal too many. The initial reaction of financial markets to this news has been positive for GBP.

The time-line of events

Boris Johnson won a vote of confidence in his leadership in early June. However, the narrow margin of his victory left him on a tightrope. Yet another scandal in his Government broke over the weekend. As his team scrambled to talk their way out of it, it emerged that the excuses were based on a series of lies.

Subsequently, on Tuesday evening, two of Johnson’s top ministers (Rishi Sunak, finance minister, and Sajid Javid, health minister) resigned their roles, citing integrity concerns. The next morning, that led to a flood of resignations from Johnson’s government. Ministers and aides quit at a record pace. Johnson initially vowed to fight on, defying calls from all sides of the political divide to stand down. However, the resignations just kept coming and numbered over 50 this morning. This was just before news of Johnson’s resignation filtered through the media.

Time for a change of political approach

Boris Johnson’s departure will likely bring many changes to several aspects of the UK government’s approach.

It is far too early to know who from within the Conservative Party will replace Johnson. However, given the nature of his departure, it is likely that Johnson’s replacement will be less divisive or populist. There are several more pragmatic or consensual candidates. Fiscal conservatism (something appreciated by financial markets) is a feature of some of the leading candidates.

It is far too early to say who from this list will be selected to be the next Prime Minister. However, most of them would likely take a less hardline stance when it comes to issues such as Brexit. This may perhaps usher in a more consensual relationship with the EU, which is something that would please financial markets. So would a more fiscally conservative prime minister at a time where high inflation is a key issue.

The impact on UK assets: Initially positive for GBP

It is interesting to see that there has been a reaction on UK assets this morning:

The main focus will be on GBP. The strength of the USD has been a huge factor across major markets for weeks. However, the growing UK political risk surrounding Boris Johnson will have weighed on GBP (although perhaps not by much). It is interesting to see GBP rallying on the news this morning. There has been a reaction across major forex. The USD and JPY are already fighting back. However, GBP is remaining relatively strong versus the EUR. Subsequently, this may turn out to be the best way to play this political news – a GBP recovery against the EUR (pulling EUR/GBP lower).

GBP has been outperforming the EUR in recent days as the political drama has played out. There has been a decisive fall in EUR/GBP since the first resignations (of Sunak and Javid) on Tuesday around 1800BST.

The improvement of the outlook of GBP versus EUR could be the main takeaway from a change of UK Prime Minister.

Looking at the medium-term technical analysis on EUR/GBP, we have already seen a shift in the outlook in recent days, helped by the improvement in the relative strength of GBP versus the EUR.

There is a decisive breach of the three-month uptrend, with the higher low at 0.8485 being tested. We will be looking at the reaction to the support band between 0.8475/0.8510 over the coming days. If this is breached, it would confirm a more corrective outlook on EUR/GBP that would be in line with a more GBP positive outlook versus the EUR.