The Bank of England has hiked its Base Rate by 50 basis points. However, a set of worrying economic projections has driven selling pressure on GBP positions. 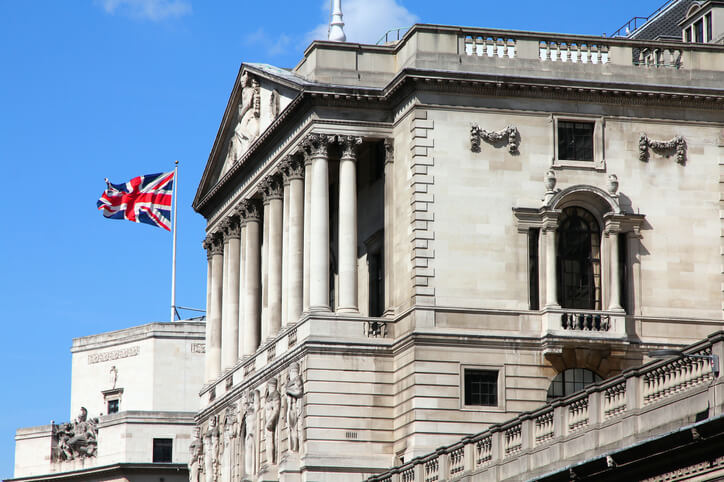 The Bank of England (BoE) has increased its Base Rate by +50 basis points (+0.50%) to 1.75%. The consensus had been slightly unsure recently, but the 50bps hike is broadly in line with expectation. Interestingly the decision was not unanimous. The vote was 8-1 in favour of a hike of 50bps. The one dissenting voice was Silvana Tenreyo who had been in favour of a 25bps hike.

Along with the rates decision, this meeting for the BoE was also a Super Thursday with the Quarterly Inflation Report announced. Subsequently, the BoE has updated its economic projections.

The economic projections are rather a sobering read. Here is the table they provided:

The basic takeaways are that GDP projections have been revised lower, inflation revised higher and an increase in unemployment.

For inflation, the BoE has increased its expectation for inflation which it now predicts will peak at 13% in the autumn. For some perspective, the BoE’s target for inflation is 2%. The Bank of England’s projection is for inflation to then fall in 2023 and the decline could be fairly rapid. It anticipates that inflation will be “close to our 2% target in around two years”. So with inflation pulling well into double digits, this will also be negative for economic growth. The Bank of England expects GDP to falter over the remaining quarters of 2022 before turning negative for the whole of 2023.

In short, a protracted period of recession is expected in 2023. The 50bps hike was broadly in line with expectation, but there is a dissenting voter which tempers the hawkish tone slightly. However, markets are not reacting to the rate hike.

The BoE has just hiked rates by 50bps at the same time that it has projected a recession throughout the whole of 2023. This is a remarkable move and markets are concerned about this. The BoE’s projections suggest another 125bps of rate increases (to 3.0%) can be expected in 2023. That is with them already predicting a recession. Add in the impact of further rate rises and 2023 could become an annus horribilis for the UK economy. Either that or the BoE will come up well short of 3.0% in its tightening.

After a very quick jump on GBP (seeing the 50bps hike), markets have turned to what is seen as a significant negative economic outlook. GBP has been sold off.

There is already a key move underway on GBPUSD. Cable has fallen by around -80 pips. This has broken the recovery uptrend. However, the reaction to the support at 1.2060 will be key.

A decisive move below the support would complete a top pattern on the four-hour chart. It would imply a move back towards 1.1910 in due course. The resistance at 1.2210 is now an important lower high under 1.2293.