Forex majors at a key inflexion point ahead of the Fed

Approaching a series of crucial central bank monetary policy decisions, several major pairs stand at key inflection points. As so often is the case, the Federal Reserve will be an important driver.&nbsp; 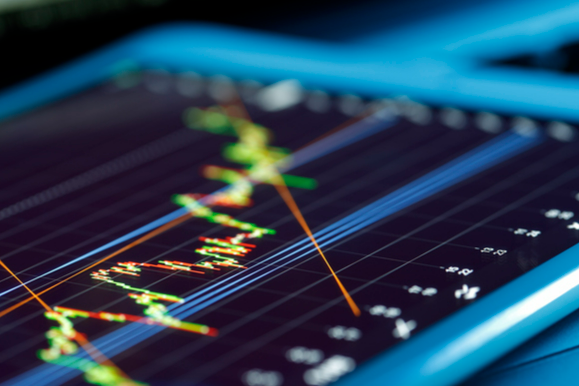 The US dollar strength has eased in recent weeks. The driving force behind the outlook of major forex pairs during November has eased back. Trending moves are breaking and markets are far more uncertain. This all comes ahead of a run of crucial central bank decisions later this week which could be set to drive the next moves in forex. Major pairs are at an important inflexion point.

US CPI up again but fully expected

US inflation jumped again on Friday. The headline and core CPI both hit forecasts at 6.8% and 4.9% respectively. For the headline, this was a 39 year high. However, unlike a month ago, there was no forecast busting moves, just in line with expectations. This was taken as something of a disappointment by markets, the US dollar (USD) felt some selling pressure.

With the CPI inflation not accounting for the recent fall in energy prices, inflation could be peaking.

Market measures of inflation expectations have been lower since mid-November. With 10 year yields only marginally lower, this has enabled yield yields to stabilise and form a consolidation for the past few weeks.

This is one of the reasons why we are seeing several major forex pairs consolidate. The Dollar Index has been incredibly strong in recent months. However, in the past few weeks, the move has settled into a consolidation. A key inflexion point has been reached.

Reaction to the Fed will be key

This is all coming ahead of a crucial meeting of the Federal Reserve this week. Markets a fully expecting a hawkish turn from the Fed. This is likely to include the acceleration of the tapering of asset purchases. The reduction in monthly purchases is currently at a rate of -$15bn per month. This is likely to be increased to anywhere between -$20bn and -$30bn per month. Anything less than -$30bn might be taken as a dovish surprise now.

However, the Fed also puts out renewed dot plots(of interest rate projections) and economic projections. Fed funds futures are bordering on pricing for three rate hikes for 2022. If the median projection of the plots suggests a move from one to two rate hikes in 2022, this may be seen as being marginally dovish. We could see a similar move in markets as to what happened with Friday’s CPI inflation, effectively a “buy on rumour, sell on fact”.

Turning to the outlook for major forex pairs. The outlook for EUR/USD has been choppy for several weeks now. Since mid-November, the pair has been in a 200 pip range between 1.1185/1.1385. With both the Fed and the ECB about to announce crucial monetary policy decisions this week, the pair could break either way. A close above 1.1385 implies a recovery towards the old key 1.1525 breakdown. A dovish disappointment from the Fed could be a key driver of this.

GBP/USD is another market that has seen its selling pressure ease. The move is far more recent than with the euro, only in the past couple of sessions (effectively since the USD found some corrective pressure on the back of the US inflation data). Traders will be looking at the resistance around 1.3290 as the first key test. A close above this pivot resistance level would open for recovery in Cable. An unwind from the sharp selling pressure of recent weeks could easily be seen towards 1.3400.

One other major pair at a key inflexion point is AUD/USD. The Aussie has been recovering for just over a week but that move has hit the buffers slightly. Resistance around the old key September low is forming at 0.7170/0.7185. However, there has been a decisive breaking of the downtrend. This is now a crucial moment, as if traders can now form a higher low above 0.7100 then there is a real prospect of recovery still. As with many other pairs, how the FOMC sets monetary policy and guidance on Wednesday could be key.