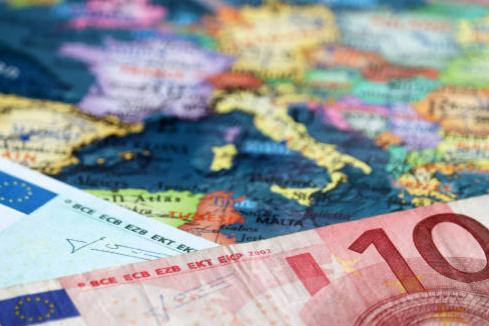 The Eurozone slowdown from the pandemic re-opening continues, as the flash PMI surveys for October add up to the Composite falling more than expected.

This was a third successive month of deterioration in the Composite reading and was the weakest since April. A sharp downturn in the outlook for services in Germany seems to have been a key contributory factor behind the worsening of the data.

This data comes in complete contrast with the UK data which was announced just half an hour later. There was a significant surprise improvement in the UK PMI data across services and manufacturing sectors.

According to IHS Markit who conducted the surveys, there was a “robust and accelerated increase in the UK private sector activity”, with “buoyant business and consumer spending due to the rollback in pandemic restrictions”.

This data is not great for the Eurozone (and by extension the EUR) but is certainly supportive for the UK economy (therefore GBP supportive).

The Eurozone PMIs have been lagging behind those of the UK and US by a month or two (due to the Eurozone’s delayed re-opening) over recent months. Given the sharp improvement in the UK data today, it will be interesting to see if traders look past this weakening of Eurozone data in favour of potentially stronger data in the months ahead.

The UK data plays into the Bank of England discussion on tightening monetary policy. Surveys also highlighted the higher wages and worsening supply shortages meaning input price inflation pressures. The Bank of England certainly has an important decision to make at the meeting in a couple of weeks.

EUR initially dipped but has stabilized since. GBP spiked higher and is now continuing to move higher. The USD weakening is helping these moves on EUR/USD and GBP/USD.

This is also pulling EUR/GBP lower.