European indices starting to bounce back

European indices have started to make some good ground in recovery. We look at potential upside targets for these moves. 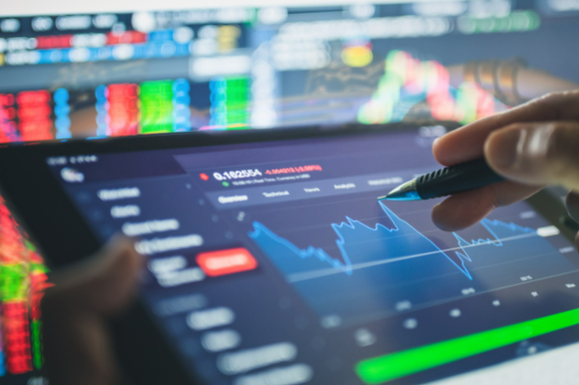 European indices have been some of the hardest hit in the wake of the Russian invasion of Ukraine. However, as sentiment has improved this morning, the rebound potential could be significant too.

There has been a sharp rebound on European markets today. Has the bottom been seen in this big selling phase for risk assets? It is too early to say, but there are a few factors that give cause for hope.

A joint EU fiscal response is providing significant cheer this morning as it tackles several worries for financial markets. Firstly, it would help to alleviate the financial shock and consumption concerns surrounding the huge energy price inflation. It also helps to minimize any divergence of economic impact on the EU countries.

European assets are reacting strongly. The German DAX and French CAC are both up +5% today, whilst the EUR is an extremely strong performer of the major currencies today. Elsewhere, there are also gains for FTSE 100 (+2%), with Wall Street indices around +2% higher.

The potential for the DAX rebound to continue

Technical analysis shows the improvement in the German DAX (MT5 code: GER40) has begun, but still has a lot to do to be a sustainable recovery.

The DAX has rallied now for two sessions, but for now, this is just an unwinding move with the latest sharp downtrend. The trend resistance comes in around 13,700 today, which is also around the initial resistance band 13,800/14,100. All of this is around 1%/2% away from current levels.

However, breaking the sharp downtrend looks to be likely in a recovery scenario and we would therefore be looking for more decisive recovery targets, with subsequent resistance coming around 14,400/14,500.

The Fibonacci retracements of the sell-off on the DAX that we have seen since the beginning of the year also give some interesting recovery targets. The rally through the 23.6% Fib (which was a basis of resistance yesterday) opens 38.2% Fib as the next consolidation area. This is around 13,900. However, in a decisive recovery, a move towards the 50% Fib level can be expected and this would bring the market back towards 14,370.

Deciphering a downtrend for the French CAC (MT5 code: FRA40) is much harder as the downside move has been progressively accelerating in recent weeks, giving a rounding shape to the move.

However, we can say that an initial sharp three-week downtrend comes in at 6340. This is also an area of price significance as this is around the gap that is still open at 6335 from last week. There is subsequently an important resistance between 6325/6335 to overcome in this rally. Successfully “closing” the gap (a closing price above 6335) would be a bullish move for the recovery.

Closing the gap would suggest continued recovery and then an unwind of recovery towards the old key support area (which is now an important overhead supply) at 6645/6700 can be seen.

Looking once more at the Fibonacci retracements for the CAC sell-off, a 38.2% retracement of the 7385/5753 decline comes in around 6380. If a more considerable unwind into the 50% Fib can take hold then we are looking up around 6570.

It is important to point out that these moves are still very early in their recovery and the moves do not come without their risk. The geopolitical tensions remain high and if the Russians look to step up their invasion there could be another lurch back lower on equity markets. However, for now, it does seem that for the first time, there is a basis for optimism for investors.