EUR under huge pressure as parity on EUR/USD approaches

The outlook is turning increasingly negative for the EUR. We look at the key drivers and the outlook for EUR/USD as parity approaches and crosses such as EUR/JPY and EUR/GBP. 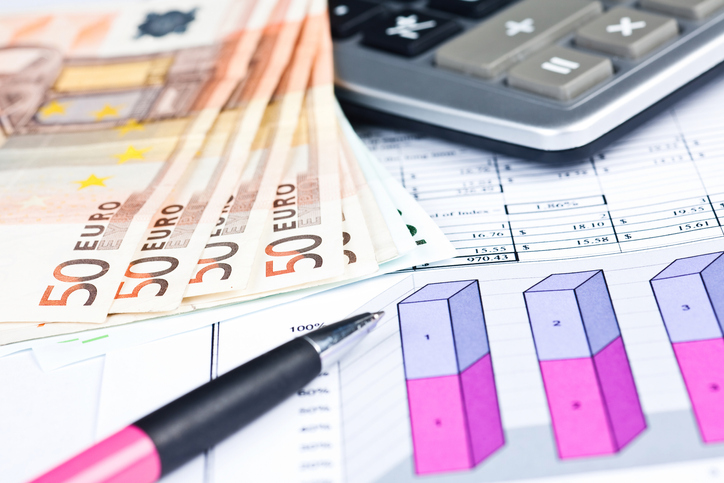 The crucial level of parity is approaching on EUR/USD, the world’s most widely traded forex pair. Although the USD strength has played a key role in the decline, we also see that EUR weakness is also a significant factor. Subsequently, the EUR is suffering on several major currency crosses. Sell signals are threatening to make this

Russia could turn off the gas

In recent weeks financial markets have been increasingly pricing for the prospect of major economies being hit by slowing growth and potential recession. As central banks fight inflation, the prospect of stagflation (high inflation with persistent negative growth) has been driving market sentiment.

This situation is acute in Europe as the Ukraine War is right on the doorstep and there is a threat that Russian flows energy flows will be disrupted. Russia supplies a significant proportion of European energy. If gas flows into Europe are halted, this would have severe economic consequences for Eurozone growth.

Over the weekend, the French finance minister, Bruno Le Maire said that France was preparing for a total cut-off of gas from Russia. France sees it as the most likely scenario in its forward planning. The EU receives c. 40% of its gas from Russia.

In June, the CEO of Gazprom (the Russian state-backed energy provider) said “Our product, our rules. We don’t play by rules we didn’t create”.

Here is a graphic of how European countries are reliant on Russia for their natural gas: Why does it matter?

Energy supply is vital when it comes to economic activity. If Russian gas into Europe is halted, this would be significant to the Eurozone economy. According to a leading German economic research institute, if Russia cut off its gas supply and Germany did not have a suitable replacement, it could be a negative impact of around -6.5% of GDP.

Subsequently, this is a very important problem for the Eurozone.

The market implications would be that the European Central Bank may be restricted in its monetary policy tightening. Instead of raising rates to tackle inflation they may have to focus on negative growth instead. Around +100 basis points (or +1.00%) of policy tightening is expected in the second half of 2022. They may not be able to fit this in and may even need to cut rates again.

Yield differentials are not EUR positive

Key Eurozone bond yields are falling more than other major economies. This means that “yield differentials” are moving in a EUR negative direction.

The 2-year German bund (also known as the Shatz) has fallen hard versus the US 2-year Treasury yield. This is a strong indicator of EUR/USD direction.

The 10-year Bund versus the 10-year Japanese Government Bond yield is a strong indication of EUR/JPY. The spread between the two has narrowed and this is negative for the cross.

On the 10-year Bund versus the 10-year UK Gilt yield, we also see that the differential has also turned in favour of the UK. This is dragging EUR/GBP lower (although there is also some political benefit to GBP from the resignation of UK Prime Minister Johnson too).

However, since the end of June, the EUR has gone from being one of the best performing major currencies, to now the worst. Subsequently, it may come of little surprise that the EUR is struggling in performance versus major currencies on its forex crosses.

We have spoken frequently about the move on EUR/USD which looks to be moving back to parity. The early selling pressure today makes this prospect even more likely this week. Technical analysis traders might be looking at the RSI stretched down at 27. However, a technical rally is not forthcoming yet.

Reaction to hitting parity will be interesting (if it happens). This is a massive psychological level and it could either act as massive support, helping to induce a technical rally. Or, if it is broken, the giving way of such a crucial level could open the floodgates and levels such as 0.9500 could come into play. There is a significant reversal pattern forming on EUR/JPY as the Japanese yen starts to perform better (in an environment of falling bond yields). On the chart, there has been a breach of the four-month uptrend, but also with a “double top” pattern too. If a close below 137.80 is seen, this pattern implies a downside projection of around 132.50. There is resistance growing around 139.10/139.50. And finally, on EUR/GBP there has also been a big turnaround in the past couple of weeks. After trending higher throughout Q2, the uptrend has been broken by a sharp move lower. A breach of support at 0.8480/0.8510 has been seen and given the deterioration in the RSI momentum configuration, we see that near-term rallies look now to be a chance to sell. The old support is now a basis of resistance and a retreat towards 0.8365/0.8390 is open.