With a deluge of central bank decisions, major markets have been buffeted higher and lower throughout the week. The wild ride continues on Friday morning, with the USD strengthening once more and indices trying to rebound. 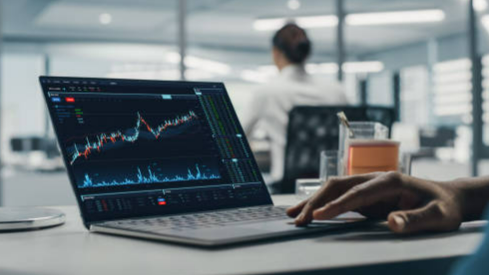 Major markets continue to fly around as a slew of central banks churns out monetary policy updates. A wild ride in bond markets over the past week is keeping volatility elevated across forex, commodities and indices. This is buffeting markets higher and lower. Worrying US data on housing and from the Philly Fed increased fears of a US slowdown and pulled a safe haven bias into markets again. A big move back into Treasuries yesterday saw yields sharply lower and the USD corrected lower. This saw precious metals also jumping on a safe haven bid, however, also sent shockwaves through equity markets with Wall Street and European indices falling by over -3%.

There is a swing back around on all these moves this morning (Treasury yields and the USD higher, precious metals lower, indices finding support) as the wild ride continues. However, with market fear gauges elevated, negative data is being pounced upon at the moment. Elsewhere this morning, the Bank of Japan has held ground in the face of a cluster of other central banks that are hiking rates.

There is important Eurozone and US data on the economic calendar today. However, first up, the Eurozone inflation may not have too much of an impact as it is the revision to flash data more than two weeks ago, whilst also not expected to be changed. The US Industrial Production may be more interesting for traders. Expected MoM growth for May of +0.4% would still mean that YoY growth would be falling to 4.6% (from 6.4% in April). We also have to keep an eye out for a speech from Fed Chair Powell at 1345BST. This speech is less than two days since the FOMC press conference so is unlikely to contain many surprises, however, Powell always has the power to move markets so will need to be watched.

Market sentiment is limply trying to recover: A sharp increase in risk aversion yesterday is moderating slightly this morning. However, can this last?

Treasury yields tick back higher: There is a slight rebound early today after huge falls yesterday. The 10-year yield fell -30bps from the session highs into the close, with a similar move from the 2-year yield. Yields have rebounded by around +6bps today.

The Bank of Japan holds steady: Policy was kept dovish with rates unchanged. The deposit rate stays at -0.10% and yield curve control is maintained and the 10yr JGB target of zero.

Cryptocurrencies hang on to support: Cryptocurrencies have held up in recent days. The lows formed earlier in the week are intact and there is a basis of near-term support forming. For Bitcoin, this means holding above $20,000 even if the market is just hovering above $21,000 for now.

Fed chair Powell speaks today: Powell speaks at 1345BST however, it is unlikely that he will say much that was not said in Wednesday’s FOMC press conference.

Forex: USD has rebounded from yesterday’s losses. JPY, AUD, and NZD are the key underperformers.

Commodities: Precious metals gained strongly yesterday is what is growing into multi-week trading ranges. Oil has broken the uptrend channel.

Indices: Attempted recoveries continue to be sold into.