Fed Chair Powell’s keynote speech at Jackson Hole it hotly anticipated by traders. In front of the speech, it looks as though the USD strength is getting back on track. This is weighing on metals prices, but can equities continue a near-term bounce? 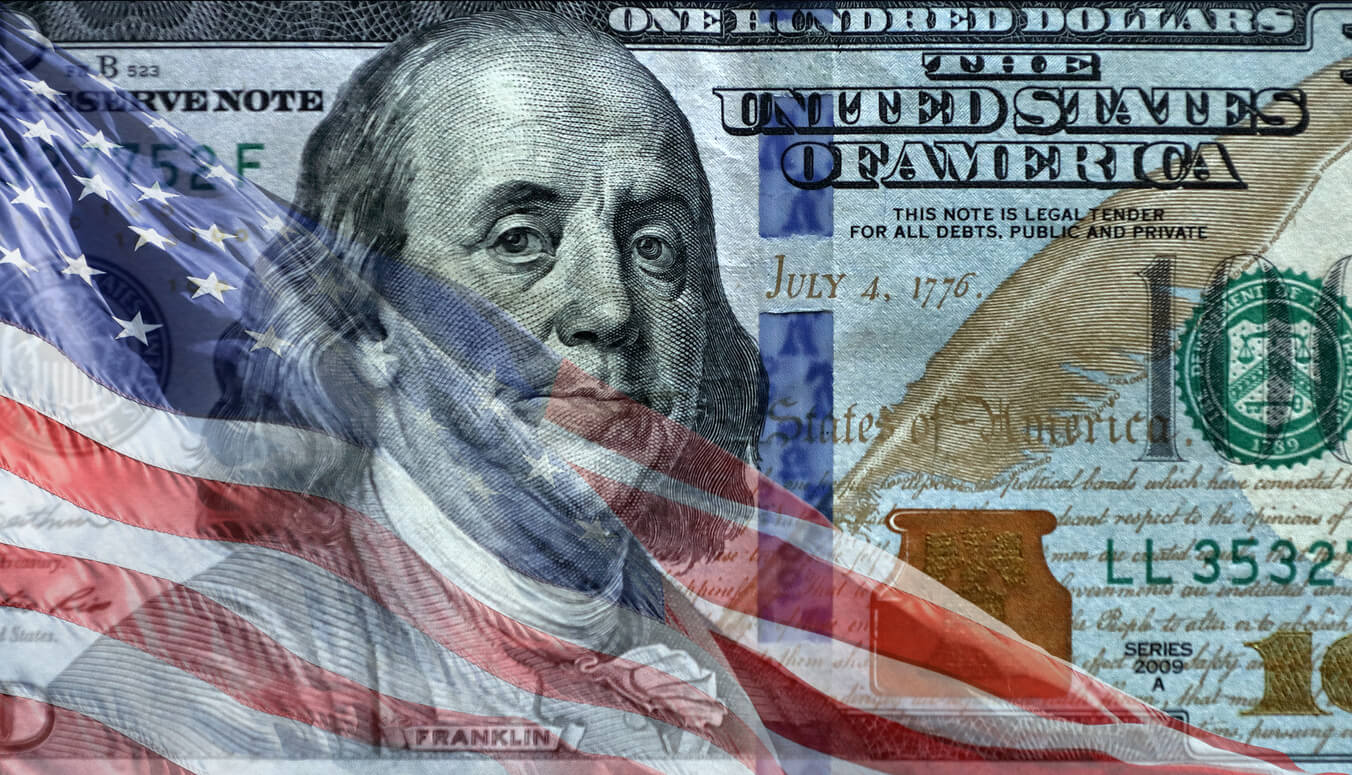 There is always anticipation in the build-up to the Jackson Hole Economic Symposium. In previous years we have seen Fed Chairs use the platform to deliver policy-defining speeches. This year, there seems to be a view being taken that Fed Chair Powell will confirm the repeated hawkish leanings of many of his FOMC colleagues in recent weeks.

Can Powell live up to expectations? The Kansas City Fed’s Esther George might be an interesting gauge, suggesting that next week’s Nonfarm Payrolls data would be an important guide for the September FOMC decision. Powell is likely to follow the “data dependent” line. But the question is how Powell positions for potential rate cuts in 2023. A “higher for longer” bias could sustain USD outperformance.

This morning we see Treasury yields pulling higher and the USD strengthening once more. Markets seem to be leaning towards the hawkish side. European indices are playing catch up on a strong close on Wall Street, but US futures look a little more cautious.

Aside from watching Powell’s speech, traders will also be watching for US data on the economic calendar. The Fed’s preferred inflation gauge, the US Core PCE is expected to fall back slightly in July. The final reading of the August Michigan Sentiment is expected to be revised slightly higher.

Market sentiment moving back towards USD again: USD strength is the bias this morning, with a mild risk-negative bias hinting on US futures.

Treasury yields resume the trend higher: After falling yesterday, US futures are ticking higher once more this morning.

Fed speakers remain hawkish: Bullard (most hawkish on the FOMC, 2022 voter) remains unsurprisingly hawkish, talking about rates being at 3.75%/4.00% by the end of 2022 and still advocating the need to front-load rate hikes to be “serious about the inflation fight”. Esther George (host of the Jackson Hole Economic Symposium) who is a voter in 2022 and is slightly less hawkish stressed the importance of next week’s labor market data (Nonfarm Payrolls) would determine the size of the September hike. :

Fed Chair Powell will be key: Fed chair Powell gives the keynote speech at the Jackson Hole Economic Symposium. Traders will be looking to see if Powell echoes the sentiments of a stream of recent Fed speakers. Members have been toeing a hawkish line. Powell is expected to do the same. Powell speaks at 14:00 GMT.

Broad outlook: It is all about the USD today and the reaction to Fed Chair Powell. This is key for major forex and precious metals. A mild risk negative bias is hinting on US index futures.

Indices: US futures have rallied again but are looking more cautious today. European markets face a key test of resistance. 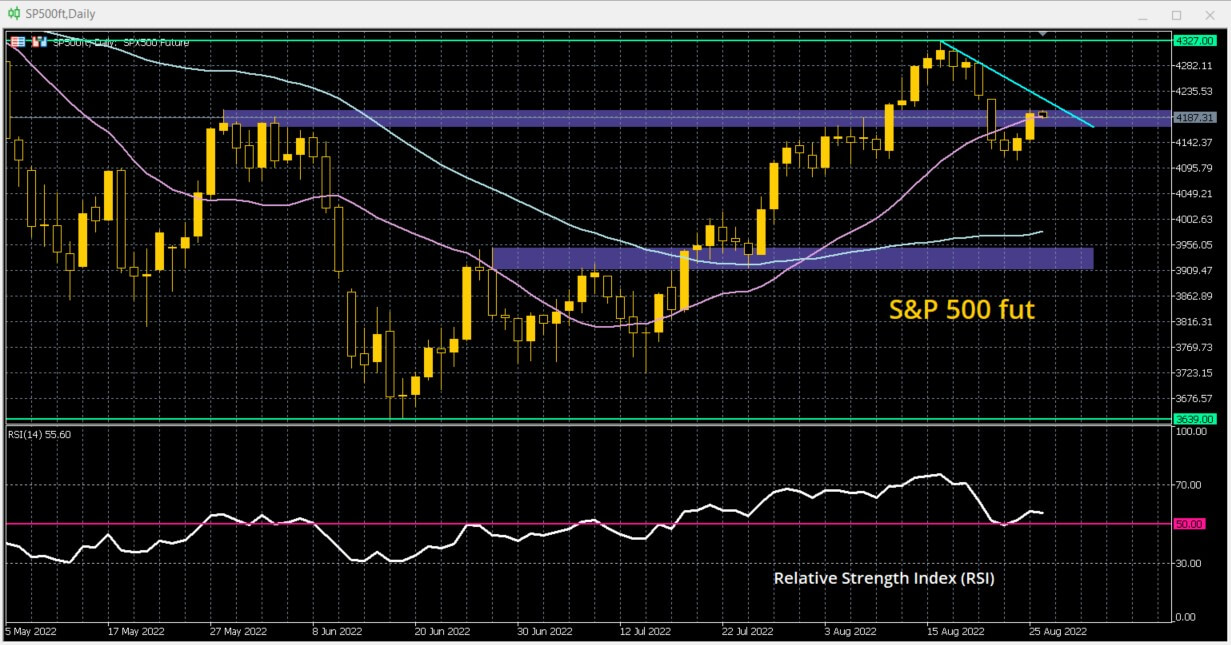 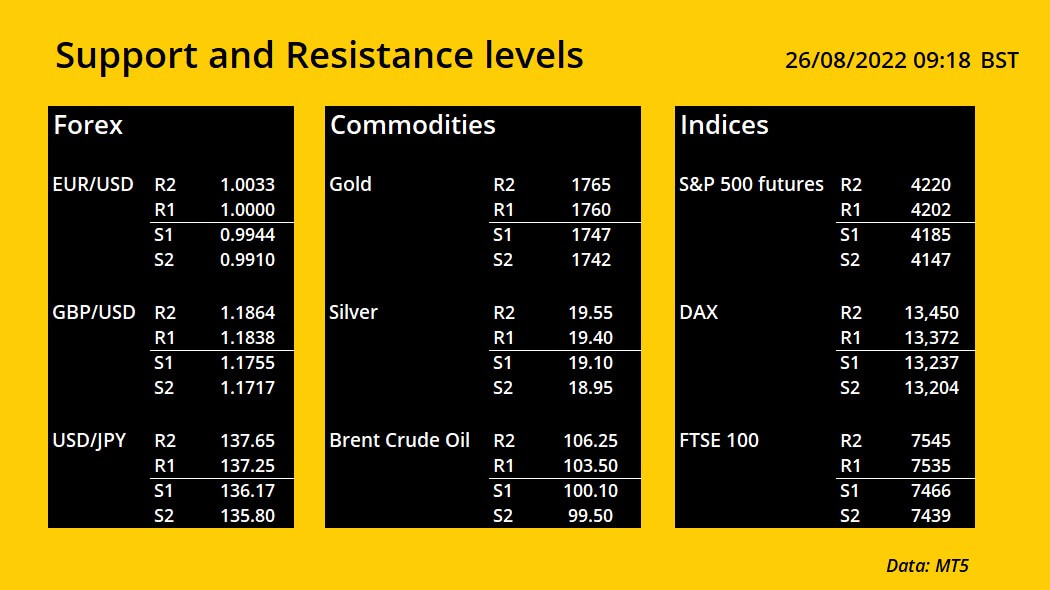 his material is for general information purposes only and is not intended as (and should not be considered to be) financial, investment or other advice on which reliance should be placed. INFINOX is not authorised to provide investment advice. No opinion given in the material constitutes a recommendation by INFINOX or the author that any particular investment, security, transaction or investment strategy is suitable for any specific person