After a rout of selling pressure in the past few sessions, there is an attempt at a risk rebound on Tuesday morning. However, much more needs to be seen for this to be anything more than a mere dead cat bounce. 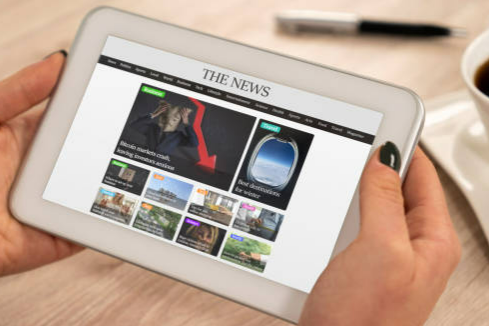 The upside surprise in US inflation has sent shockwaves through major markets. Markets had become comfortable with the prospect of 50 basis points hikes in the next two Fed meetings. However, suddenly the chatter is that this may not be enough. A rush to price for potential 75 basis points hikes has sent bond yields sharply higher (with an inversion re-emerging on the yield curve), a lurch back into the USD and massive selling pressure across risk assets. Crypto has felt the full force of this move, but also equity markets too with Wall Street back into bear market territory (S&P 500 down over -20% from its January highs).

We are seeing some semblance of calm being restored this morning, with a kickback against the USD strength and a basis of support for indices. However, the fears over 75 basis points hikes will remain at least until Wednesday’s FOMC meeting. Subsequently, support for risk assets seems a little tenuous and tentative. This could just be a dead cat bounce. If the Fed announced a 75 basis points hike on Wednesday would send further shockwaves through markets.

The economic calendar focuses on the German economy and US inflation again. The German ZEW Economic Sentiment is expected to improve slightly in June but still remain negative at -27.5. Into the US session, inflation is again the theme, this time at the factory gate with the US Producer Prices Index. Both core and headline are expected to improve slightly, and this will take on added interest after the upside surprises in both headline and core CPI last Friday.

Treasury yields pulling back lower: The 2s/10s spread went negative yesterday (yield curve inverted). Both have unwound some of the sharp move higher this morning. But remain above 3.25%.

UK Unemployment increases: The headline rate picked up to 3.8% in April (from 3.7% in March) which was above the 3.6% expected. Average Weekly Earnings including bonuses have dropped to 6.8% (from 7.0%) which was below the 7.6% expected.

BoJ announces additional JGB purchases: The Bank of Japan has announced that it will buy an additional JPY 800bn (c. $6bn worth) of 5-year to 10-year Japanese Government Bonds. This was larger than previously expected. This will weigh on yields and should be JPY negative.

UK Government introduces the Northern Ireland Protocol Bill: This is an attempt to override parts of the original Brexit bill. However, the EU sees this as effectively a breach of international law. This will add to negative pressure on GBP.

Cryptocurrency remains volatile, trying to bounce: Bitcoin plummeted to below $21,000 overnight but has tried to rebound intraday. The day performance is still down over -1% from yesterday but is trying to recover above $23,000.

Broad outlook: A turnaround on previous sessions. USD is slipping back, and precious metals and indices are rebounding.

Forex: USD is giving back gains versus all major currencies this morning. The EUR and CHF are leading the recovery.

Commodities: Precious metals have seen wild swings in volatile moves since the US inflation and the dust is yet to settle. Oil looks to be regaining support from the trend channel again.