The USD has been gaining ground once more in recent sessions. This remains the case this morning as traders look ahead to US Retail Sales. GBP is in focus as UK inflation hits double digits. 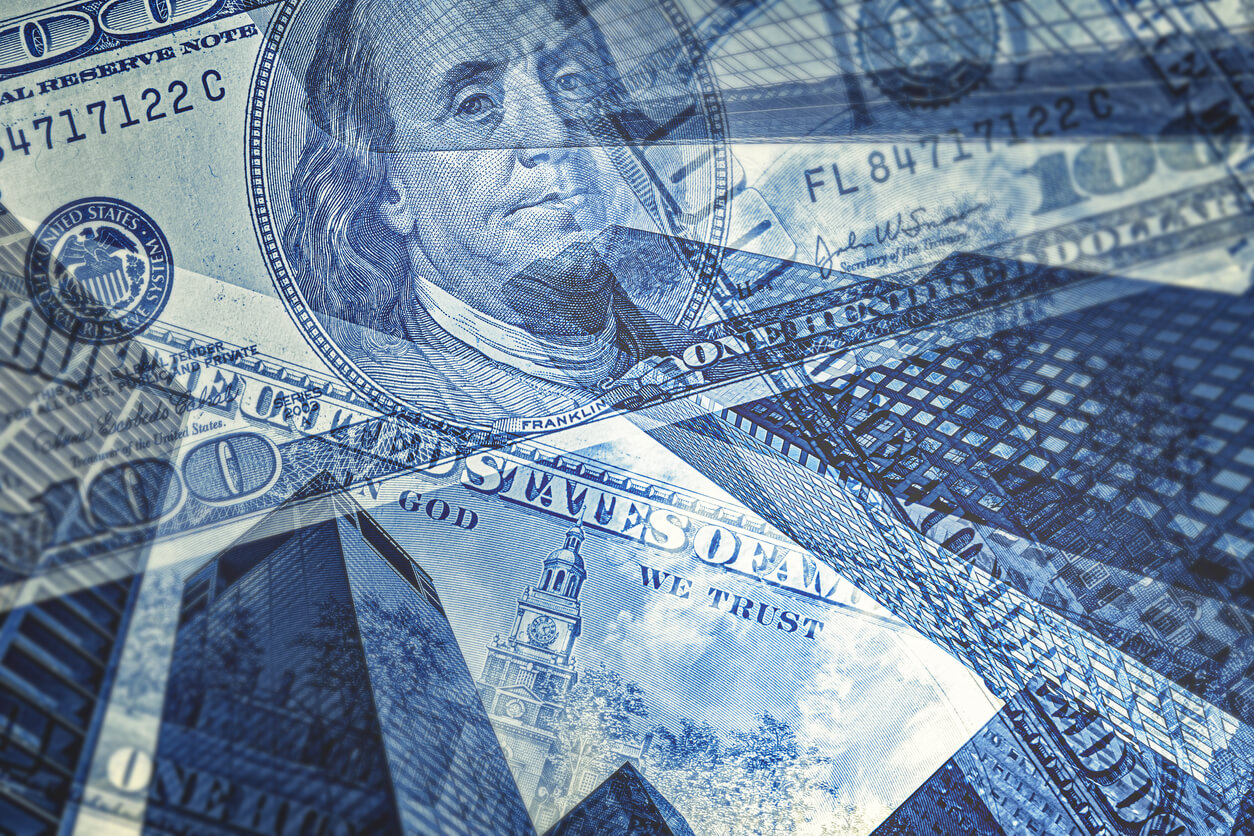 There is a growing sense of the USD regaining strength. This comes as signs of negative growth (and perhaps even stagflation) continue to be reflected in major economies around the world. This is leading to a risk-negative bias across forex and indices. Initially, there was a deterioration in the Chinese economic data on Monday. The German ZEW Economic Sentiment then reflected the continued slide of the Eurozone economy yesterday. This morning we have had UK inflation jumping into double digits and much higher than forecast. The job of the Bank of England gets ever harder to curb inflation without significantly damaging economic prospects. This is all driving flow towards the safe haven USD.

However, there is a continued anomaly with the strength of major indices, with Wall Street continually finding buyers into weakness and pushing further in the recovery. However, there is also a big caveat in that US indices are increasingly overbought and the temptation to lock in profits will be growing. For now, that temptation is being resisted but moves can be quick when they happen. Traders will need to be ready.

There is Eurozone growth and US retail sales on the economic calendar. The second reading of Eurozone Q2 GDP is not forecast to show any revision, so may be of limited impact. The big announcement for the day is US Retail Sales. Adjusted sales are forecast to fall marginally in July. This would be the first decline in seven months. The Fed minutes will also be watched for hawkish signals. The emphasis on fighting inflation over protecting growth would be USD positive.

Market sentiment is cautious: USD gains on forex, with commodities mixed. US futures are slipping back.

Cryptocurrencies drifting lower again: Recent sessions have seen lower closes and intraday rallies being sold into. Bitcoin is around -0.5% lower again today, around $23800.

Forex: USD is performing well again, with AUD and NZD underperforming. GBP is holding up relatively well after UK CPI.

Commodities: Precious metals continue to roll over, whilst oil is struggling to sustain any intraday recovery.

Indices: Wall Street is increasingly overstretched and this could weigh on European indices. 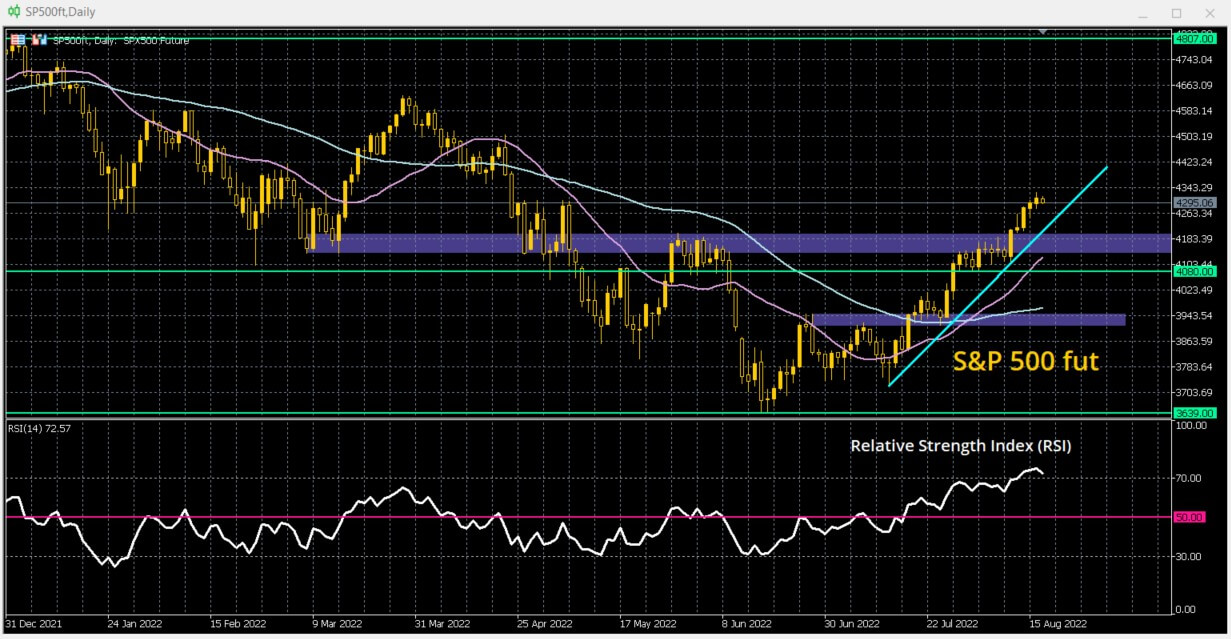 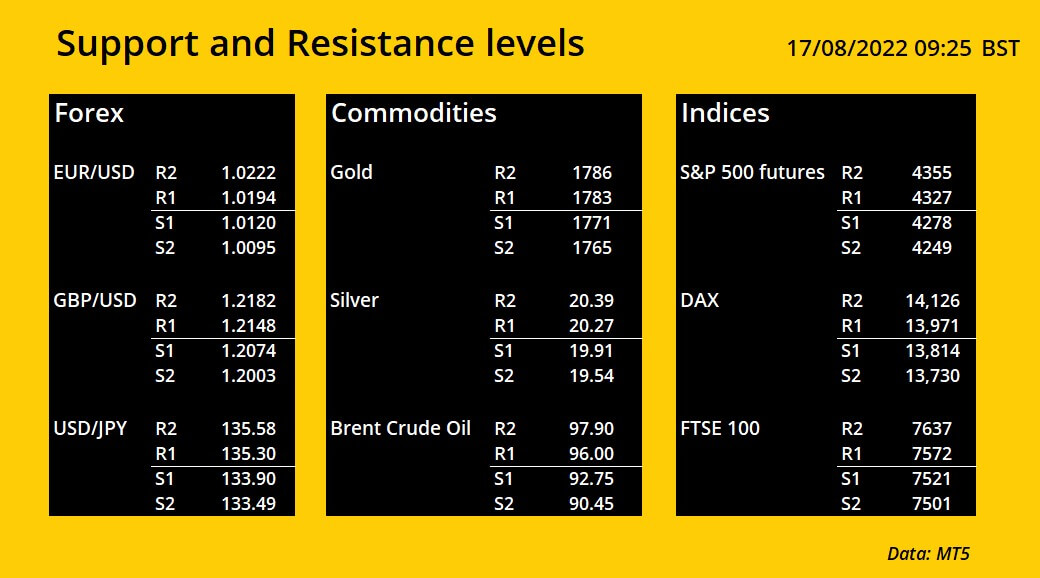