As the Christmas holidays get ever nearer there is a feeling of consolidation on major forex. However, the USD is slipping back after yesterday’s gains. Indices are building. 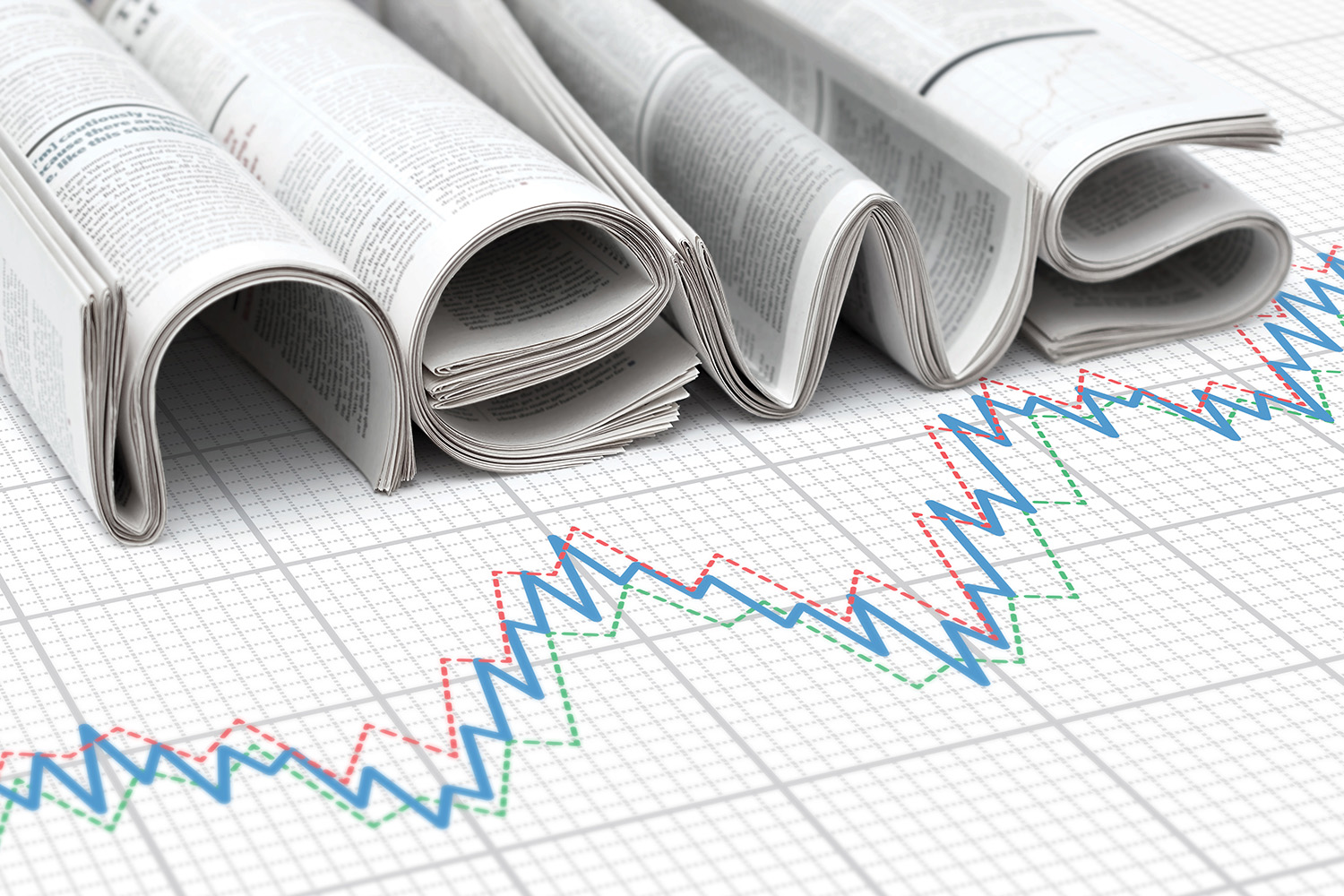 ·  USD is giving back yesterday’s gains: USD is slipping against major forex but essentially it is within the recent levels of consolidation.

·   Indices build on the rally: Indices rallied hard yesterday and are holding on to build further today. US futures are slightly higher, with European indices also reasonably positive.

·  Commodities consolidate recent gains: Precious metals have just stalled in the recent rally. However, oil is holding on to the strong gains from yesterday.

·  Data traders: USD traders will be watching for any surprises in the final revision for US GDP and weekly jobless claims.

As we edge closer to Christmas, equity markets have spiked higher. Better-than-expected US Consumer Confidence in addition to positive corporate earnings from Nike and FedEx jolted investors into life and boosted sentiment. This now brings markets up to a test of crucial resistance. The old support and breakdown levels in the wake of the Fed decision will be seen as overhead supply. How markets respond around here in the run-up to Christmas could be the clincher for whether we see a "Santa Claus rally” or not. Markets are creeping higher early today.

Interestingly, precious metals are also consolidating around resistance. However, in the forex major pairs, there is a choppy consolidation that has built over the past few sessions. The USD is slipping back early today as Treasury yields see an early drop. However, there is little real direction to speak of for now in forex.

It is a day of final revisions for third-quarter growth on the economic calendar. With the UK data having been announced earlier, into the North American session is the final US Q3 GDP. Analysts are not expecting a change to the +2.9% annualized growth in Q3. Weekly Jobless Claims dropped unexpectedly last week and are forecast to climb again.

Market sentiment has improved: Equity markets are slightly positive and the USD is underperforming on major forex.

Treasury yields fall slightly: After recent moves higher in the US 10-year yield, there is a -5bps drop back early today.

UK final Q3 GDP revised lower: The final reading of Q3 GDP was revised slightly lower to -0.3% (from -0.2% previously). This was worse than expected.

Cryptocurrencies tick back higher: After mild losses yesterday, mild gains are showing this morning. Bitcoin is +0.3% at around $16820, whilst Ethereum is +0.3% at $1215.

·        EUR/USD continues to hold up above 1.0575/1.0595 as consolidation has set in over recent days. There is a slight positive bias that is looking to test initial resistance at 1.0657, with a breakout opening the recent high of 1.0735. Momentum remains positively configured with the daily RSI holding above the high-50s. Given the strength of momentum and the uptrend, until otherwise, we still look to use near-term weakness as a chance to buy. The importance of the support band 1.0450/1.0500 is growing. A resistance of 1.0735 is a barrier to the key May highs of 1.0785.

·        GBP/USD has broken the six-week uptrend and with a negative session, yesterday is breaching the 1.2100 support. There is a slight trend of lower highs in recent days that hints at a slight negative bias. Another negative close would suggest a move back towards a test of 1.1900, the next key support. Resistance is building overhead between 1.2190/1.2240. The reaction high at 1.2446 is now a key high.

·        USD/JPY has managed to find a low and start to build an element of support following the massive sell-off on Tuesday. The move has held onto the key support of the August low at 130.40 and is now looking to build from 131.50. However, given the negative momentum configuration, we favour selling into near-term strength. The previous supports between 133.60/134.50 are now a basis of overhead supply and resistance for any attempted technical rally. A close below 130.40 opens the next key support around 126.50.

Commodities: Precious metals are just on pause after another strong run higher. Oil bulls have fought back to break the corrective downtrend.

·        Silver broke above $24.12 resistance earlier in the week but has just eased back slightly from $24.29. With the daily RSI consistently strong, we are still bullish, but there is a slight hint of a negative divergence with the latest high that we need to just watch. For now, we are happy to back supported weakness as a chance to buy, with initial support around $23.30/$23.50. The initial resistance is around $25.00 but the next key reaction high is not until $26.20.

·        Brent Crude oil has improved as a strong rebound yesterday has broken the six-week downtrend. However, the key test remains the resistance of the old support band of $81.40/$83.55. A bull failure around the falling 21-day moving average would suggest that a potential recovery still has some work to do. Despite this, support is growing between $78.30/$80.90.

Indices: Equity markets have rallied to test the key resistance of the breakdown of old support. This is a pivotal moment.

·        S&P 500 futures have rebounded strongly in the past two sessions. The move has unwound selling pressure back to test the resistance barrier between 3912/3945 from the last key breakdown. With the RSI having unwound higher towards 50 again, this looks to be an important pivotal moment. A bull failure around the resistance could induce further selling once more back towards the low at 3803. A close above 3945 opens the door for further recovery gains. 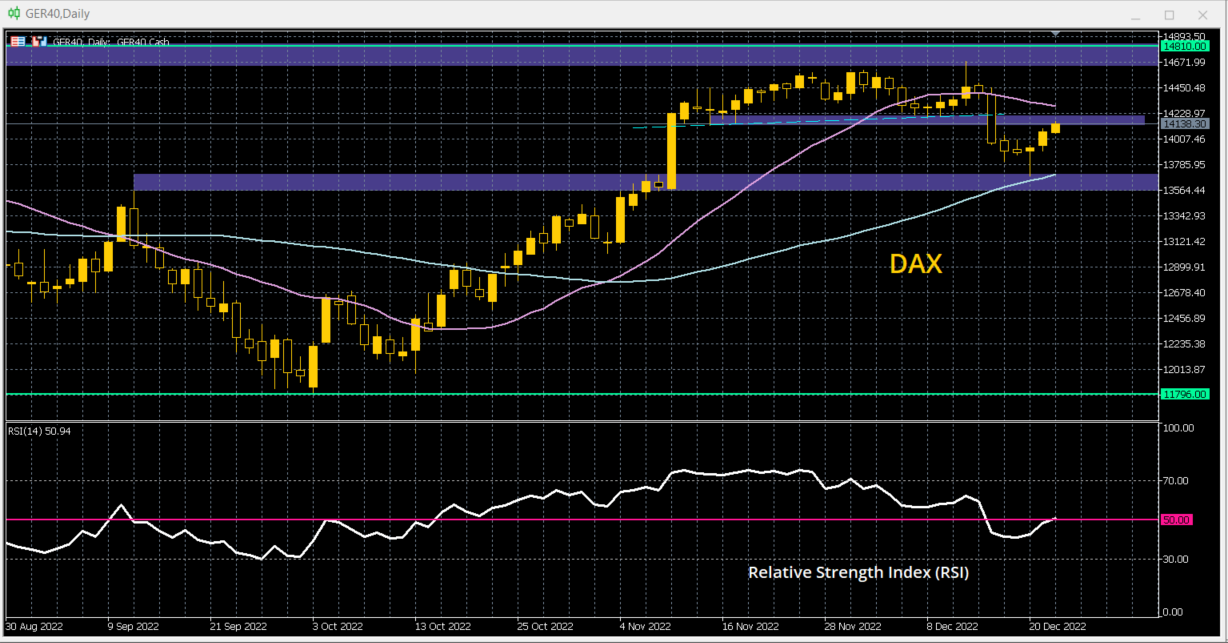 ·        German DAX continues to rally following the “bull hammer” candle on Tuesday. However, the move is now at an important inflexion point. The resistance of the old breakdown levels between 14125/14195 are being tested this morning. The daily RSI is also back around 50. A decisive close above 14195 would be a positive signal.

·        FTSE 100 has rallied sharply through a swathe of resistance to turn the market outlook more positive again. Not only has resistance between 7437/7471 been breached, but as has a corrective downtrend too. A move above 7565 would re-open the key rebound high of 7635 again. Initial support is at 7511, with the previous resistance at 7437/7471 now supportive. 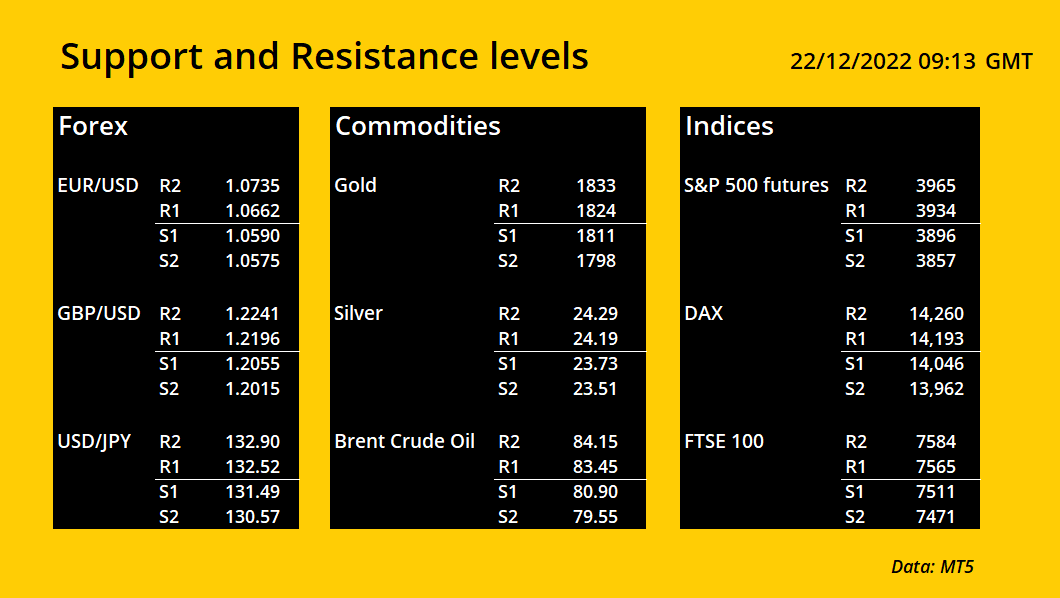