After the USD-positive and risk-negative reaction to the FOMC meeting there has been a slight retracement early today. This comes ahead of another crucial Nonfarm Payrolls report. 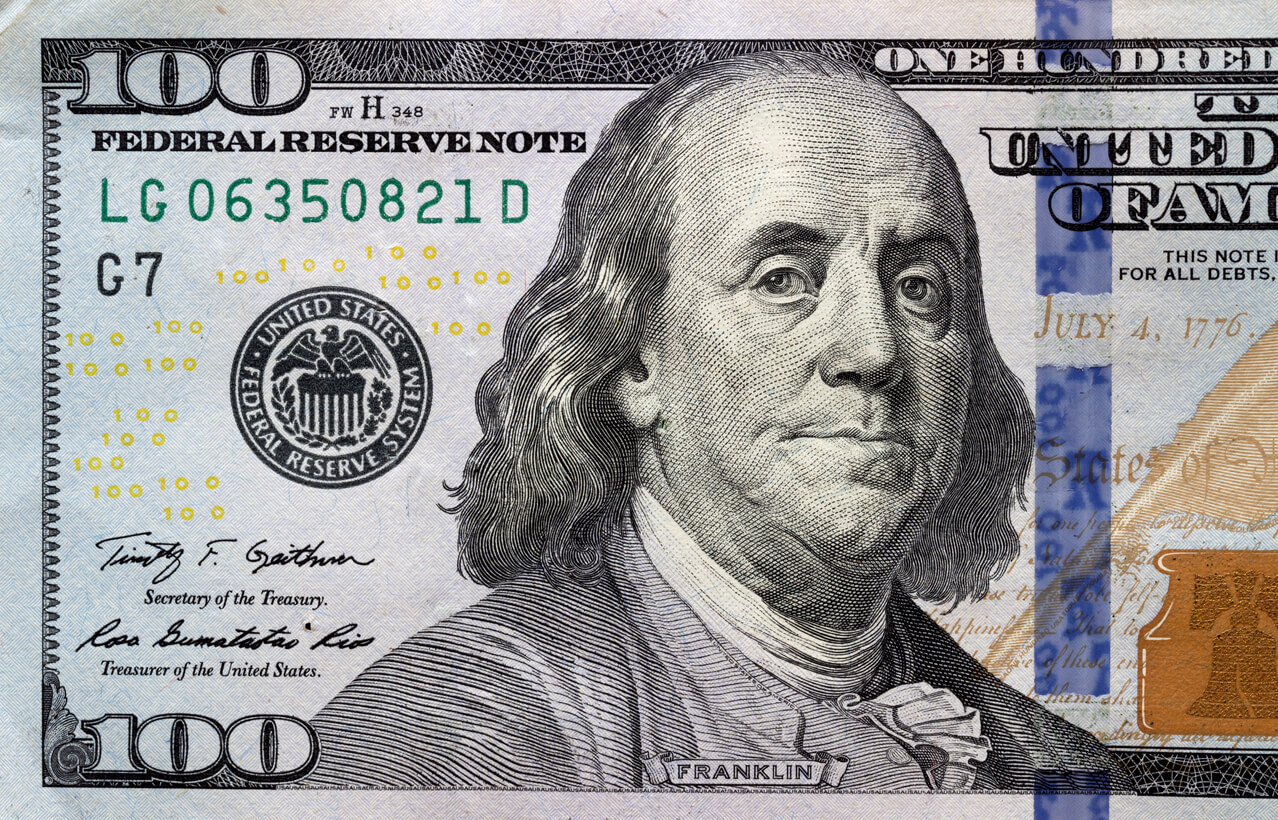 The dust is settling on the FOMC meeting and Fed Chair Powell’s hawkish insistence on further rate hikes, possibly towards 5%. This has driven renewed upside on both Treasury yields and the USD. The long-established trends of 2022 seem to be back on track. However, coming into today’s session there has been a slight tempering of these moves and with major markets still highly sensitive, there has been a reaction.

USD is giving back some gains, whilst commodities are higher and equity markets are finding support after a difficult couple of days. However, Nonfarm Payrolls are the next risk event that looms large today. It would need a significant miss to forecasts to seriously knock the USD strength trend off course once more.

The big focus will be on Nonfarm Payrolls on the economic calendar today. The US Employment Situation report is expected to show a decline in jobs growth to 200,000 along with a slight tick higher in unemployment. There is also a forecast drop in wage growth, so these indicators may be pointing to a slight loosening of what remains a very tight labour market. Negative surprises would weigh on the USD. Canadian Unemployment is also expected to tick a shade higher, which should weigh on CAD slightly. However, it will be interesting to see the net impact on CAD as this comes at the same time as the US jobs report.

Market sentiment is recovering slightly: USD is weaker, with commodities and equities bouncing. With Nonfarm Payrolls later, it remains to be seen whether these moves can sustain.

Treasury yields a shade higher: The strong moves higher yesterday were moderated into the close. This helped a pickup, especially in commodities. However, yields are a shade higher but ahead of payrolls, there is an air of consolidation this morning.

RBA statement cuts growth, increased inflation forecast: The Reserve Bank of Australia's statement on monetary policy notes that the committee is not on a pre-set path and will hike or pause as necessary. Growth expectation has been cut whilst the inflation forecast has been increased. The AUD is an outperformer on major forex today.

Japanese final Composite PMI a shade higher: The final reading of Japanese PMIs comes in a touch more positive than the flash. The Composite PMI for October was 51.8 (up from the 51.7 exp)

Cryptocurrencies rally: Crypto was more stable yesterday and is benefitting from the early risk rebound today. Bitcoin is +1.8% at $20600, with Ethereum +2.8% at $1584.

Broad outlook: A risk rebound comes ahead of the Nonfarm Payrolls report. However, this is a high-risk event and moves could settle down for the data.

Forex: The USD is unwinding some of its recent gains. The AUD, NZD and CAD are the main outperformers today as commodities rebound.

Commodities: Precious metals have rebounded. For gold, the trend is lower, but silver is holding up much better. Oil is tending higher and is looking to test resistance. 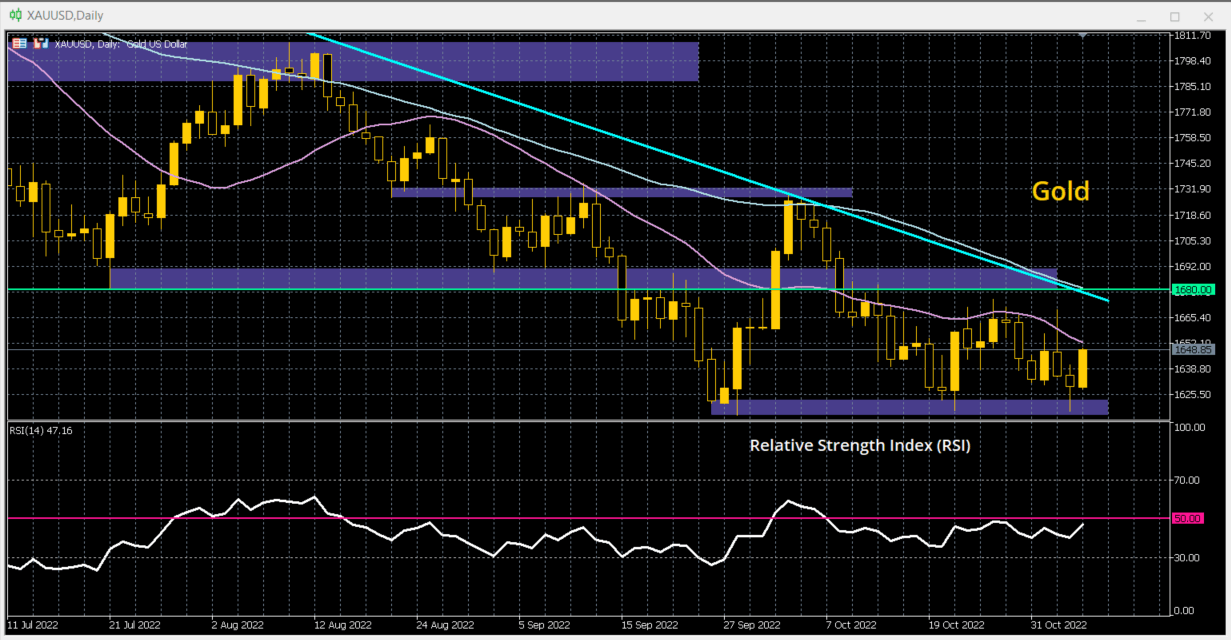 Indices: Wall Street has turned corrective on the Fed. European markets have fared better, with the FTSE 100 breaking strongly higher. 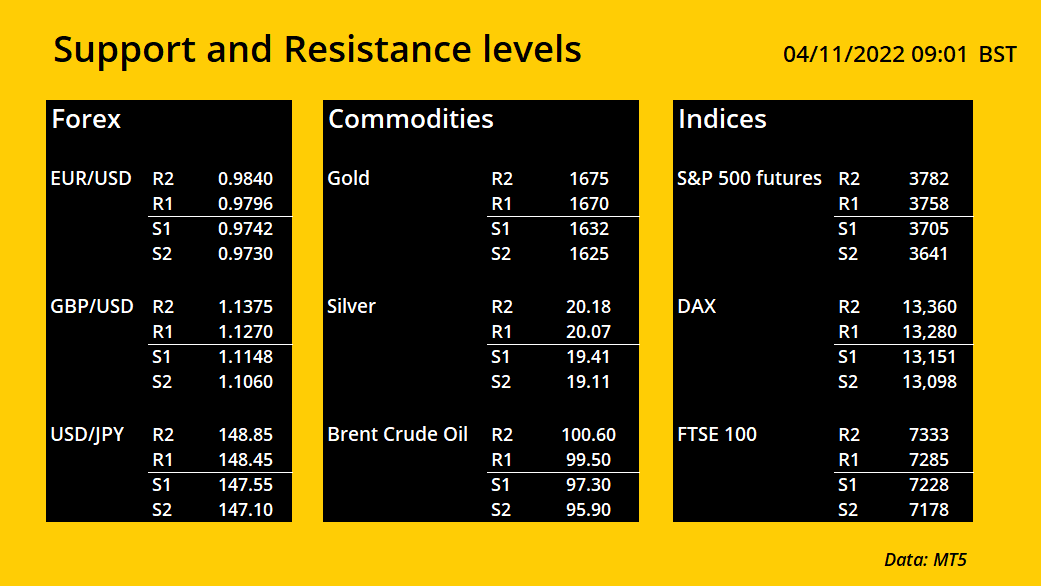