A bruising sell-off continues on the USD as US CPI inflation trends lower. There is a degree of consolidation today as the dust settles after some big moves in forex and indices.

US inflation is falling. Although Fed members continue to sound hawkish, falling inflation is dragging on US Treasury yields. This is driving a correction through the USD but also fuelling equity markets higher and higher commodity prices such as gold and copper. Market pricing suggests a 25bps rate hike is all but guaranteed at the February meeting (CME Group FedWatch suggests a 94% probability).

The big moves of yesterday have just eased off overnight and there is a more stable feel to markets this morning. However, the trend of USD weakness is still a feature of major forex pairs. Commodities also remain supported.

Michigan Sentiment will be a big focus on the economic calendar today. However, before that, Eurozone Industrial Production is expected to show mild improvement in November. However, with a strong comparative from November 2021 dropping out of the data, the YoY growth is expected to fall to +0.5% (from 3.4%). The prelim reading of January’s University of Michigan Sentiment is the big US data for the day. Sentiment is expected to improve slightly in January, driven by a more positive Current Conditions component (even as Expectations continue to deteriorate). Also keep an eye on the inflation expectations, with any downside surprise likely to be a drag on yields and the USD.

Market sentiment remains positive albeit in consolidation: The USD weakness is still an underlying theme. European markets are edging slightly positively although US futures are flat to slightly lower and need to be watched. Metals prices are marginally positive again.

Treasury yields consolidating after big moves lower: Yields fell sharply into the close last night but have steadied this morning. The US 10-year yield fell by -11bps yesterday, with the US 2-year yield falling by -11bps. Both are broadly flat this morning.

Chinese trade surplus increases more than expected: The surplus increased to $78bn in December (from $69.8bn in November). Exports came in at -9.9% for the year, with imports declining -7.5% YoY.

UK GDP unexpectedly increased in November: MoM GDP increased by +0.1% which was better than the -0.2% decline forecast. Also, Industrial Production was slightly better than forecast although still fell by -0.2% MoM (-0.3% exp).

Fed speakers have been slightly mixed: Barkin (2024 voter, hawkish) said that the inflation decline was a “step in the right direction” but the Fed still has work to do. Bostic (2024 voter, centrist) would likely be comfortable with a 25bps hike in February. Bullard (2025 voter, still extremely hawkish) wants to see the rate above 5%.

Forex: There is more of a sense of consolidation on USD positions today, even though it is still slightly underperforming. JPY continues to significantly strengthen. 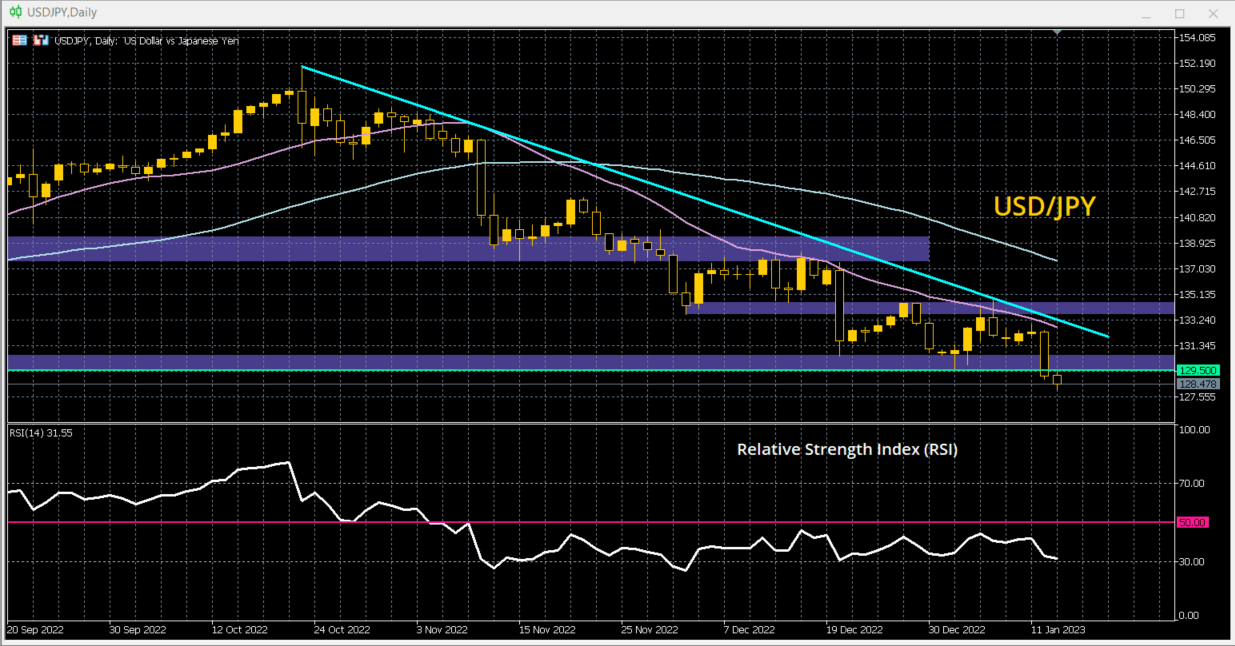 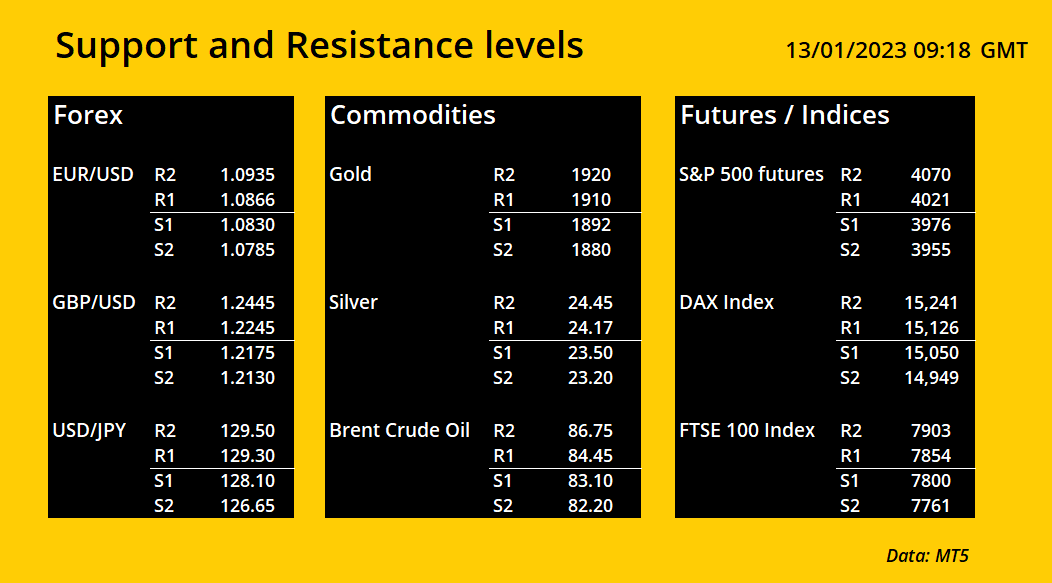