Two FOMC speakers with a slightly hawkish lean have supported the USD and weighed on indices. The focus for markets will turn to the views of Fed Chair Powell today. 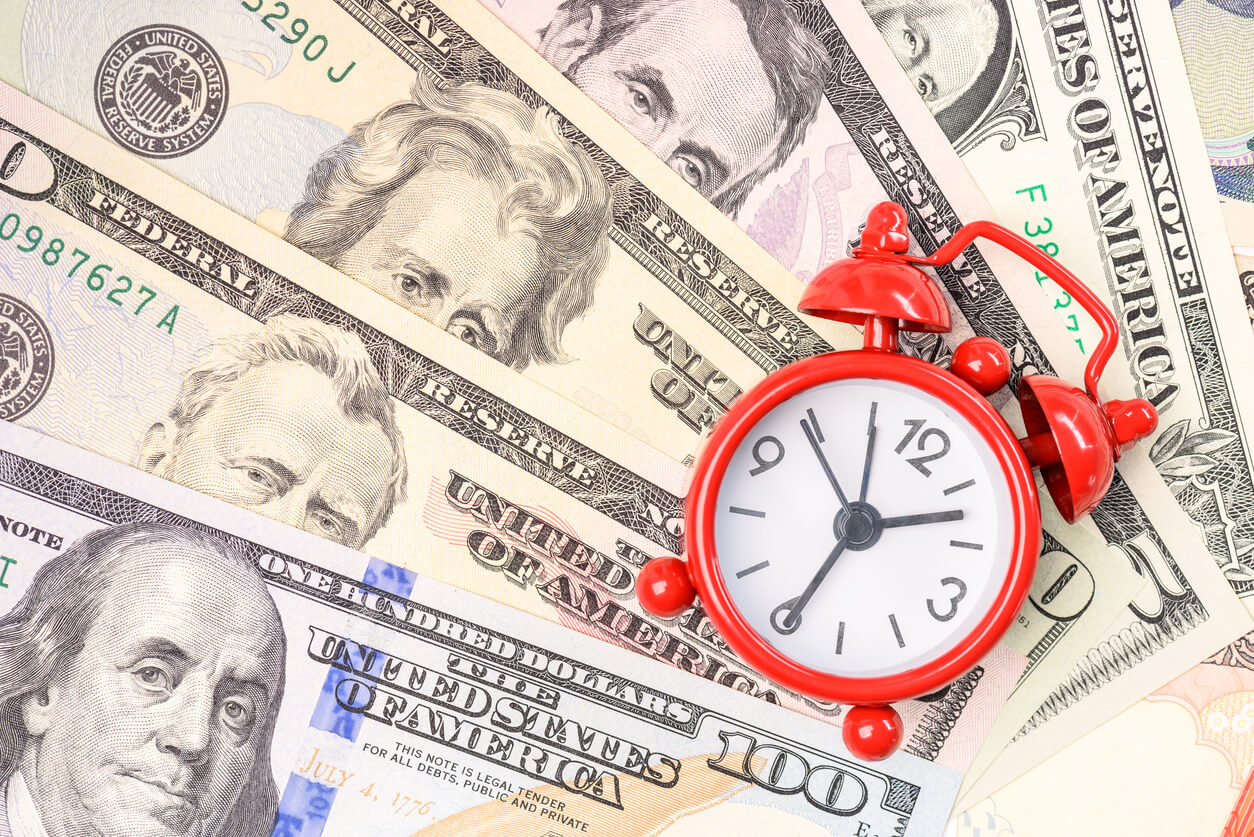 The strong market moves in the wake of Friday’s Nonfarm Payrolls and ISM Services data have begun to ease back slightly. Markets took a view late last week that the data was pointing to a US economy on a contractionary track towards likely recession. That is a path that should lead to a less aggressive Fed and potentially early rate cuts. The USD was sold and risk appetite was boosted, with equity markets strong. However, markets are now having second thoughts, after the comments of two Fed members overnight.

The FOMC’s Raphael Bostic and Mary Daly do not have voting rights on the committee in 2023. However, they sit around the centrist to slightly hawkish consensus and their views are notable. They said that rates are likely to move above 5% and remain there for some time. This is a fly in the ointment for markets that were looking for Fed members to start leaning less hawkish. The USD has found some support and equity markets are easing back today. The comments of Fed Chair Powell today will be keenly watched. If they back up Bostic and Daly, then we can expect some further profit taking on risk and the USD to build on support.

Once more there is very little on the economic calendar. However, all eyes will be on Fed Chair Powell later.

Treasury yields in a mild rebound: Having fallen sharply in the past couple of sessions (the 10-year yield dropped -20bps in two sessions), yields are ticking back higher today. This is supporting USD and weighs on risk appetite. -

Fed officials stay on a hawkish path: The turnaround late in the US session came as FOMC members Bostic (2024 voter, centrist) and Daly (2024 voter, leans hawkish) suggested that rates would likely move above 5% and stay there for some time. US equities fell back and the USD rebounded.

Cryptocurrencies build on yesterday’s gains: Crypto was boosted yesterday and continues to maintain support today. Bitcoin is +0.3% at $17240, with Ethereum +0.5% at $1325.

Forex: Having fallen sharply since Friday, the USD is finding some support today. However, performance remains mixed as the EUR is performing well. 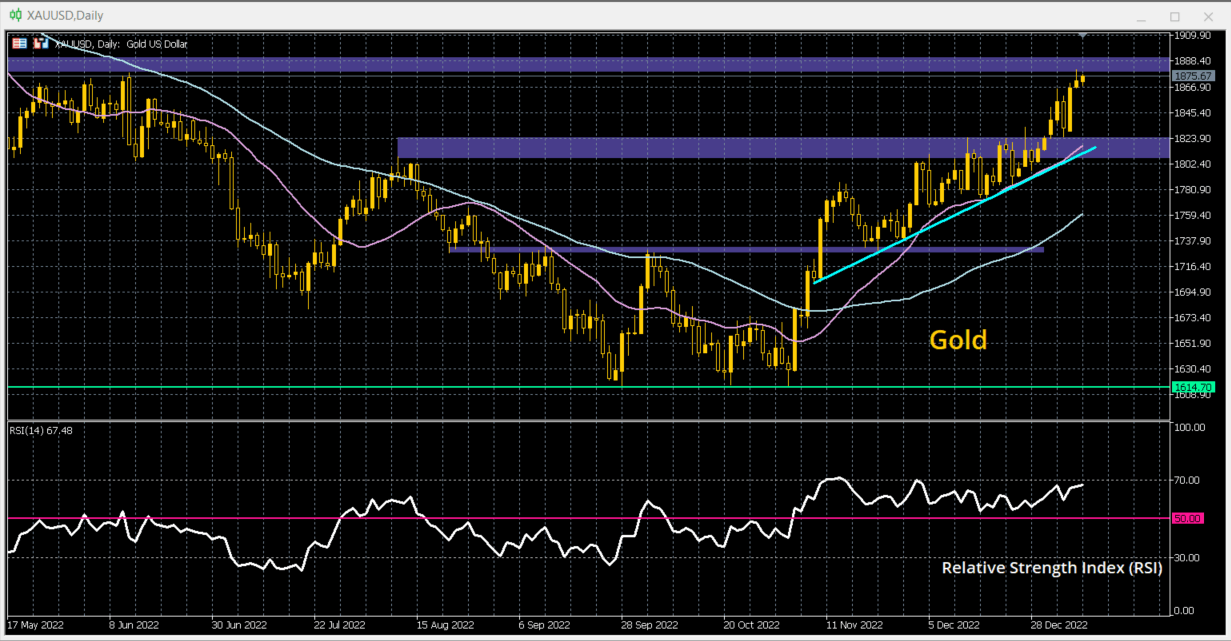 Indices: Equities have eased back in their rallies. The potential for profit-taking, especially in European indices is high. 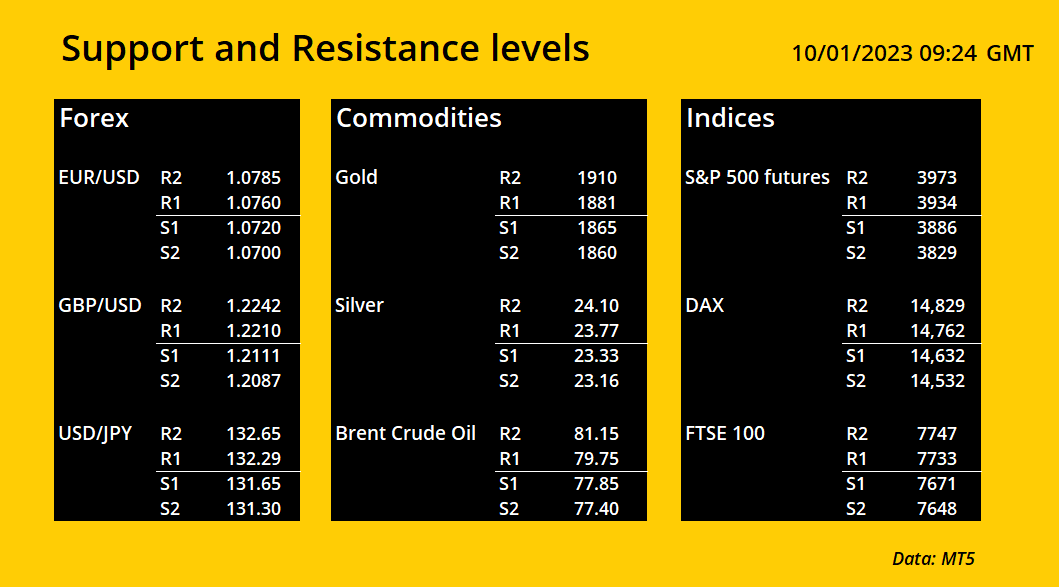