The picture of the outlook for central banks moving into 2023 is becoming a little clearer. As markets move towards the end of a tumultuous week the USD is emerging as a winner, whilst risk appetite has soured. 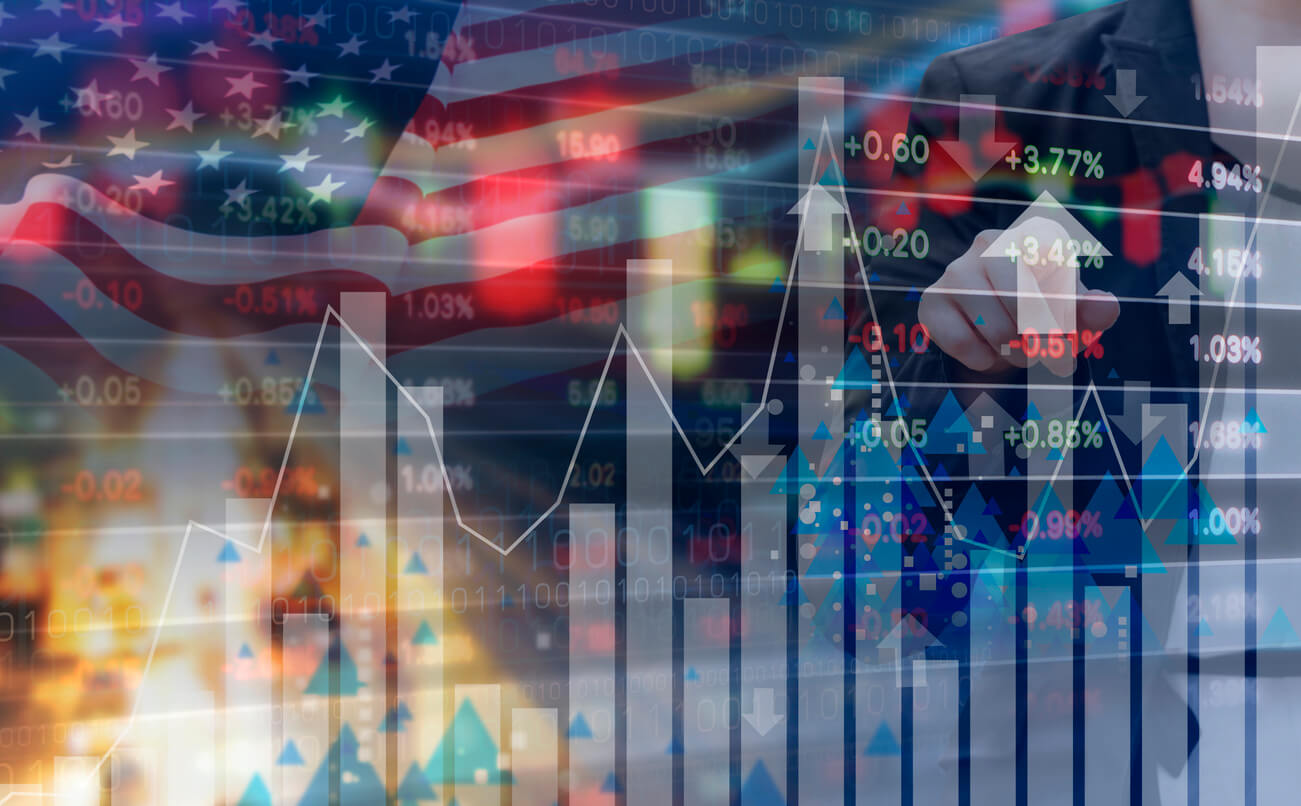 The hawkish stance of the ECB that followed the Fed decision means that two of the world’s primary central banks remain hawkish as economic activity trends continue to point to a path towards recession. This is hitting the risk appetite in major markets. On forex, it means that the USD is performing well (although the EUR is also holding up relatively well). Equity markets are turning corrective after the strong risk rally of the past two months. We also see precious metals falling over too.

Treasury yields holding ground: Although a floor seems to have been put under Treasury yields, there is no decisive move higher, for now.

Eurozone flash PMI ahead of expectations: The December flash Composite PMI has improved to 48.8 (from 47.8 in November). This was ahead of the 48.0 consensus forecast.

Cryptocurrencies are supported this morning: After crypto fell decisively yesterday (Bitcoin fell by -2.5%) there is an element of calm this morning. Bitcoin is steady for now, +0.4% at $17450 and Ethereum +0.8% at $1274. However, if risk assets continue to decline, crypto will be vulnerable to further losses.

Forex: Markets are relatively quiet but there has been little kickback against yesterday’s moves yet.

Commodities: Precious metals are increasingly vulnerable to a correction. The technical rally on oil has fallen over.

Indices: Equity markets are breaking down. 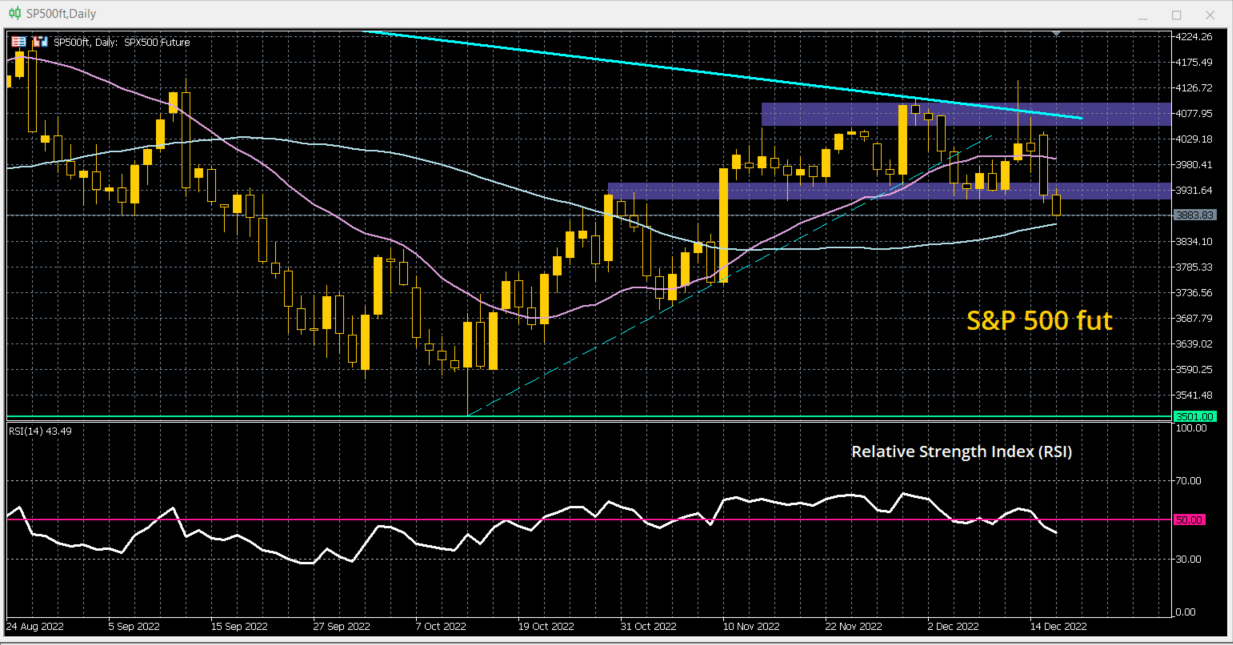 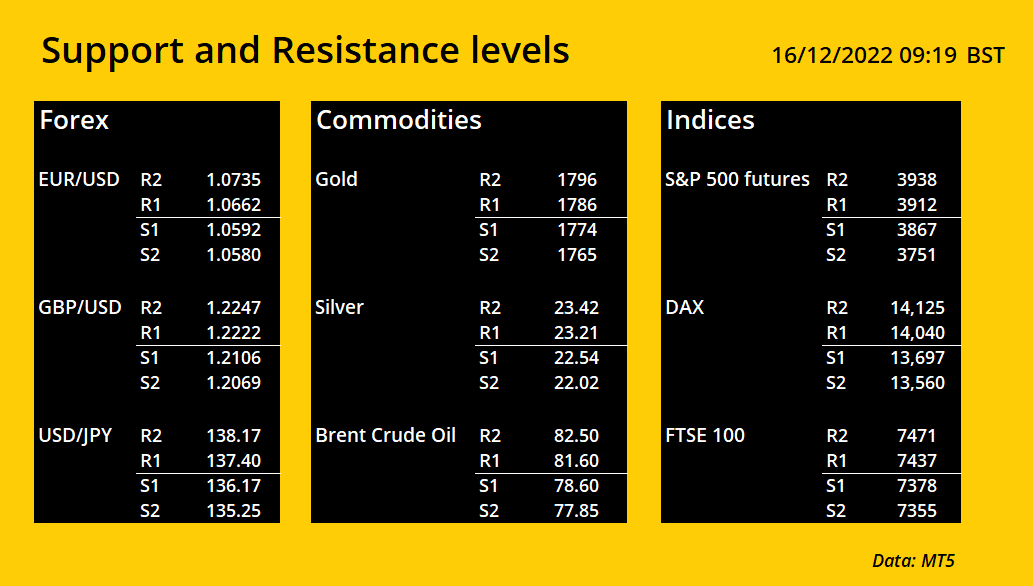