A risk-positive close on Wall Street has held overnight, with the USD still weaker. However, as US Treasury yields start to climb once more today, there is a warning that renewed USD strength may not be far off.

There is a sense of fluctuation that has taken hold in the past 24 hours. An initial unwind to the risk rally found willing buyers into the US close last night. However, this morning this sense of optimism is again being questioned. US Treasury yields (and other major government bond yields) are rising again. These moves have tended to favour a stronger USD and a return to a more risk-negative sentiment.

This feeling of uncertainty over the risk rally may also now extend into tomorrow, with the key US Nonfarm Payrolls data. It is a slightly quieter calendar today which could play into the mixed outlook. However, several Fed speakers are likely to maintain the line of hawkish policy and subsequently support the USD.

There is a bit of a Eurozone theme on the economic calendar today. Eurozone Retail Sales are first up, expected to show a -0.4% monthly decline and a worsening year-on-year deterioration. The minutes from the latest Governing Council meeting with the ECB Monetary Policy Meeting Accounts are a little later. Traders will be watching for how vocal the hawks are becoming and any clues over the size of the next rate hike. Moving into the US session the US Weekly Jobless Claims will be watched. Notably, weekly claims have been falling consistently since early August, whilst also coming in lower than expected in each of the past nine weeks.

Market sentiment is slightly positive: However, sentiment was stronger overnight and has been reined in slightly into the European session.

Treasury yields ticking back higher: After bottoming on Tuesday and rising sharply yesterday, the US 10-year yield has moved higher again this morning. The 2-year yield is also ticking higher.

German Factory Orders fall sharply in August: The outlook for German industry continues to contract, with a sharp decline of -2.4% in August. This was way down from the -0.7% decline forecast.

Fed’s Bostic remains hawkish: The inflation fight is still in its early days. He wants a “moderately restrictive" policy and once rates get to 4.00%/4.50% he wants them on hold. Also the Fed not being too quick to cut rates if the economy weakens.

Cryptocurrencies rebound again: The bounce since Monday was questioned yesterday but is pulling higher once more this morning. However, like most risk assets, crypto such as Bitcoin (+1% at $20200) and Ethereum (+1.5% at $1365) are off their overnight highs.

Forex: USD performance has fluctuated in the past 24 hours. Into the European session, USD is still underperforming. NZD is an outperformer since the RBNZ meeting. 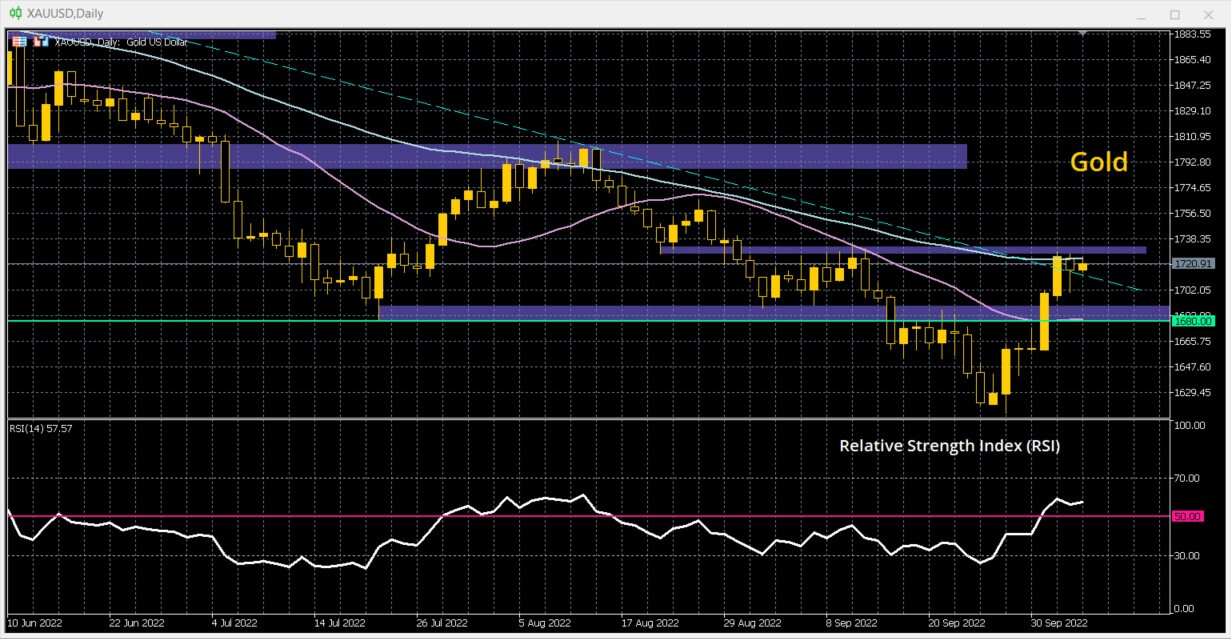 Indices: The sharp rebounds of early this week continue to be questioned. 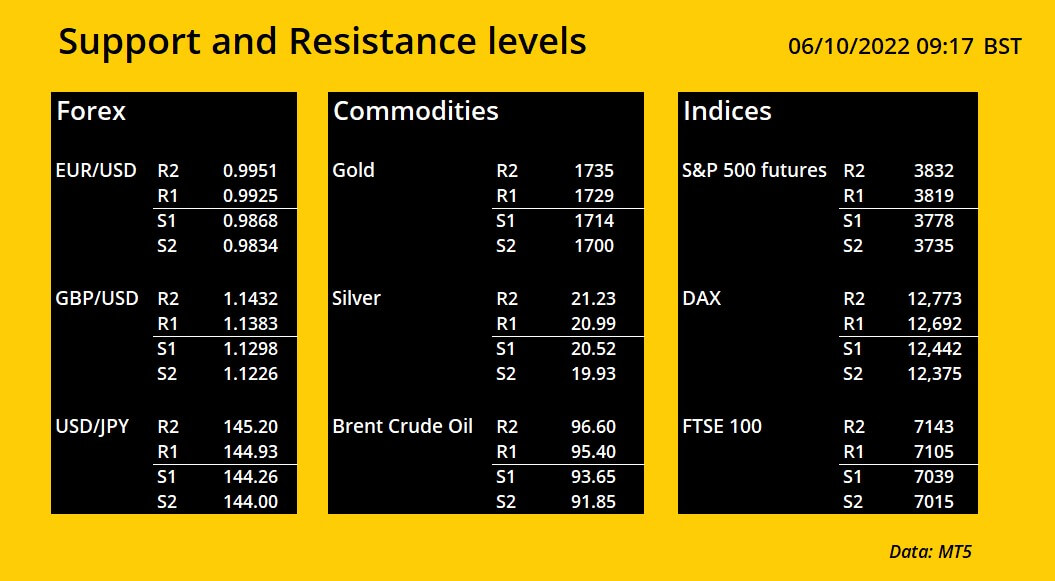