There has been a settling of USD gains overnight as major forex, commodities and indices have seen a mild improvement in risk appetite. However, GBP continues to trade with elevated volatility on the Bank of England’s moves in the bond market. After a sell-off in the wake of the Nonfarm Payrolls report, market sentiment has begun to look more settled. USD gains have eased overnight and are unwinding slightly this morning. Indices and commodities are also looking more settled. FOMC minutes are tonight, but it will be interesting to see if this is a settling that is coming ahead of important US CPI inflation data tomorrow.

However, GBP is bucking the trend. Volatility remains elevated and the price has been swinging around in the past 24 hours. Comments from the Bank of England Governor Bailey, that could be described as incendiary (is he another “unreliable boyfriend”?) sent GBP spiking lower last night. He warned that financial institutions have three days to organise their liquidity for the end of emergency BoE Gilt purchases. Since then an article in the FT has rowed back on this, sending GBP spiking back higher this morning. Add in a sizeable miss on August GDP, this also adds to the volatility.

The economic calendar has second-tier Eurozone and US data today. Eurozone Industrial Production is expected to grow slightly in August. However, as an enormous decline of August 2021 drops out, the year-on-year growth is expected to jump back into positive. US factory-gate inflation, the US PPI, is expected to show a slight decline in the headline but core pricing pressures are expected to stay around current levels. For central bank speakers scheduled, ECB President Lagarde will certainly be watched.

Treasury yields are a shade lower: Yields have calmed their advance (for now). This is playing into the broader consolidation.

UK GDP shrinks in August: August GDP fell by -0.3% after the cnosensus was expecting it to be flat. The three-month period to August shows GDP down by -0.3%.

Bank of England rolls back on Bailey’s comments: The Bank of England has an emergency short-term £65bn facility to buy longer-dated UK government bonds. BoE Governor Bailey last night insisted that financial institutions had just three days to sort out their liquidity positioning before the Friday cut-off. However, this is seen as being very forthright and could steepen the cliff edge for the Gilt markets. According to the Financial Times, Bank of England officials have signalled privately to institutions that they could extend beyond Friday if required. GBP initially sold off on the Bailey comments but has since stabilised.

ECB President Lagarde speaks: The ECB President is due to speak at 13:30 GMT. She will be a good gauge for where the Governing Council is positioned coming into another important meeting in two weeks.

Broad outlook: Market sentiment is fairly settled. There are mild losses on European indices, but US futures are slightly higher. Forex is showing little direction, along with mixed moves on commodities.

Forex: USD is a shade lower, with AUD continuing to underperform. GBP is volatile. 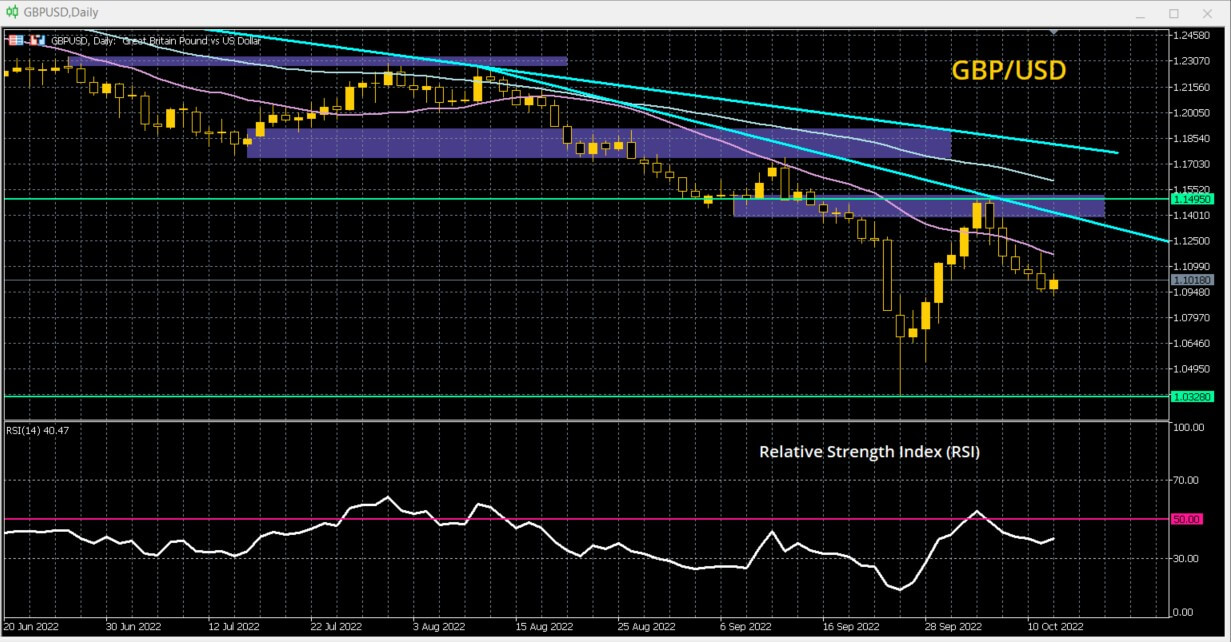 Commodities: The recent sell-offs on precious metals and oil are consolidating. 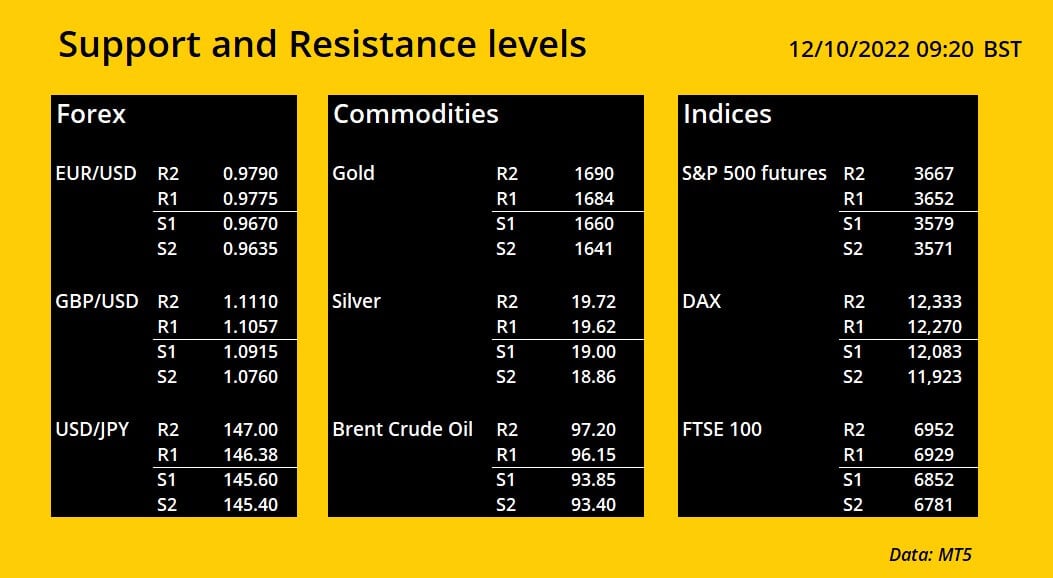