As the US returns from a public holiday, US bond yields are jumping. This is reiterating the trends of USD strength and negative risk appetite across commodities and indices. 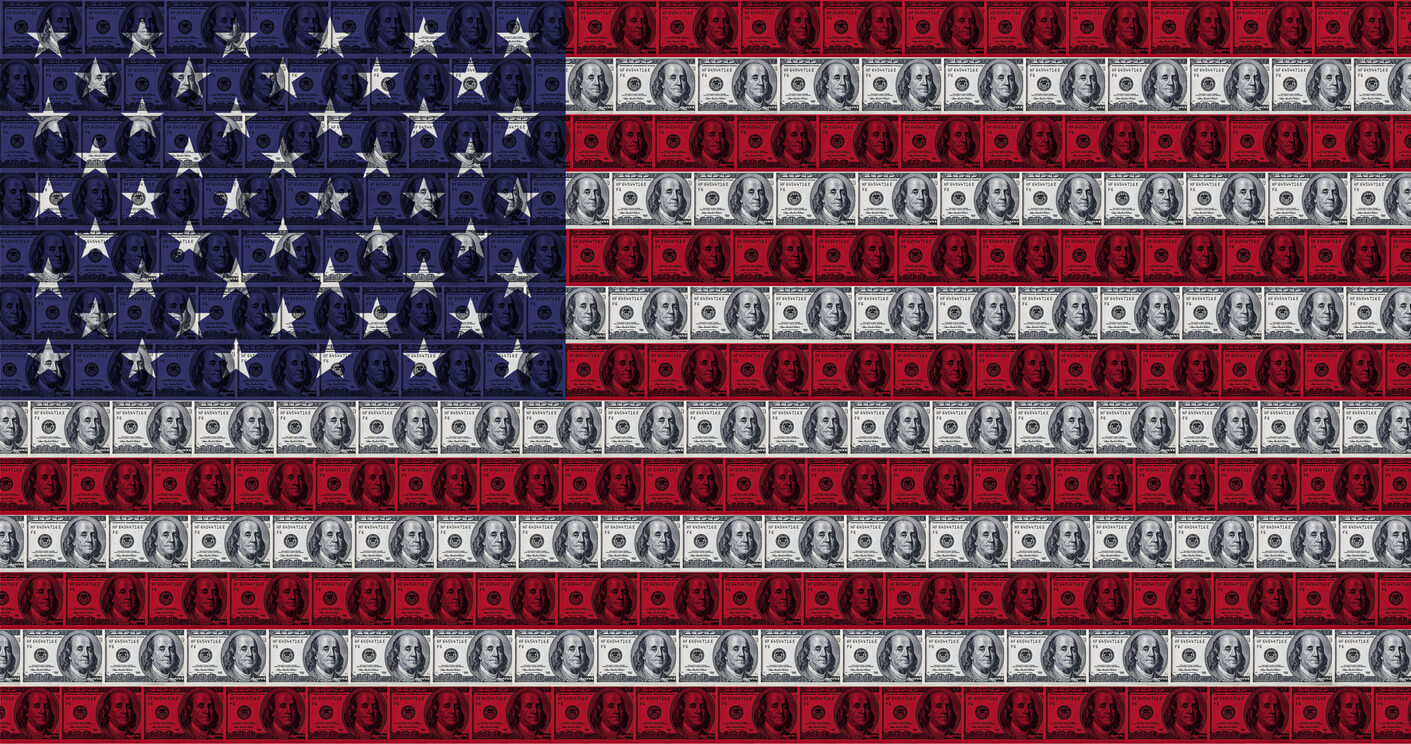 Market sentiment continues on a negative trend. Traders remain worried over the constant hawkish signals from central banks. They also continue to look at the economic data that point to high inflation, economic contraction and labour market tightness. The US Nonfarm Payrolls on Friday reflected the tightness in the US labour market which adds pressure on the Fed to hike rates.

This morning we have also seen the UK labour market showing similar signs. Record lows on unemployment and rising wages. This points to the Bank of England hiking by at least 75 basis points, and maybe as much as 100bps in November. Furthermore, the dysfunction in the UK Gilt (government bond) market is forcing the Bank of England to continue to intervene. An announcement this morning to extend its Gilt purchases to index-linked gilts too, and up the daily limit to £10bn. The likely aggressive tightening of the BoE at the same time as a need to intervene in bond markets will only add to market concerns.

Major market moves continue to see the USD strengthen across major forex. US Treasury yields are within touching distance of their September highs again. This is souring risk appetite, with commodities falling again and equity markets also lower.

The economic calendar is all about central bankers today. There are a couple of Fed speakers to watch for (Harker and Mester). However, elsewhere there are also important speeches that will impact EUR and GBP. The ECB’s chief economist Philip Lane has the power to move the EUR, whilst GBP traders will be watching out for the Bank of England Governor Andrew Bailey.

Market sentiment continues to dive: The negative sentiment on major markets in the wake of Friday’s US jobs report continues to play out this week. USD maintains its trend of strength, with commodities and indices lower.

Treasury yields tick higher once more The 10-year yield is close to 4.02% and the 2-year is near 4.36%. These are the previous September highs.

UK unemployment falls to record lows: The jobless rate fell to 3.5% in August which is the lowest level since 1974. The consensus forecast was for the rate to stay at 3.6%. This also came with wage growth (not including bonuses) increasing to 5.4% (5.3% exp). With inflation at 9.9%, this will all maintain the pressure on the Bank of England to hike aggressively in the November meeting. The rate hike could potentially be +100 basis points.

Fed’s chief dove Brainard reiterates restrictive policy stance: Lael Brainard is arguably the most dovish on the FOMC. She believes that policy will need to be restrictive for some time and it will take time to bring inflation down.

Cryptocurrencies continue to drop back: Crypto remains closely aligned with the outlook for risk appetite. Bitcoin fell yesterday and is lower again today, down -0.8% at $19100. Ethereum is down -1.8% at $1284.

Other central bankers today: There are a few more speakers for the ECB and Bank of England too. The ECB’s chief economist Philip Lane is speaking at 12:45 GMT, he is seen as being very dovish on the Governing Council. For the Bank of England, Governor Andrew Bailey is speaking at 18:35 GMT, along with Jon Cunliffe (slightly dovish) just before him at 18:00 GMT. Furthermore, the Swiss National Bank Governor Jordan is speaking at 16:00 GMT.

Forex: USD is strong again, even if the EUR has held up well. Once more, AUD is struggling, CAD is also lower as oil is falling back.

Commodities: The sharp sell-offs on precious metals continue. However, oil is also now starting to correct. 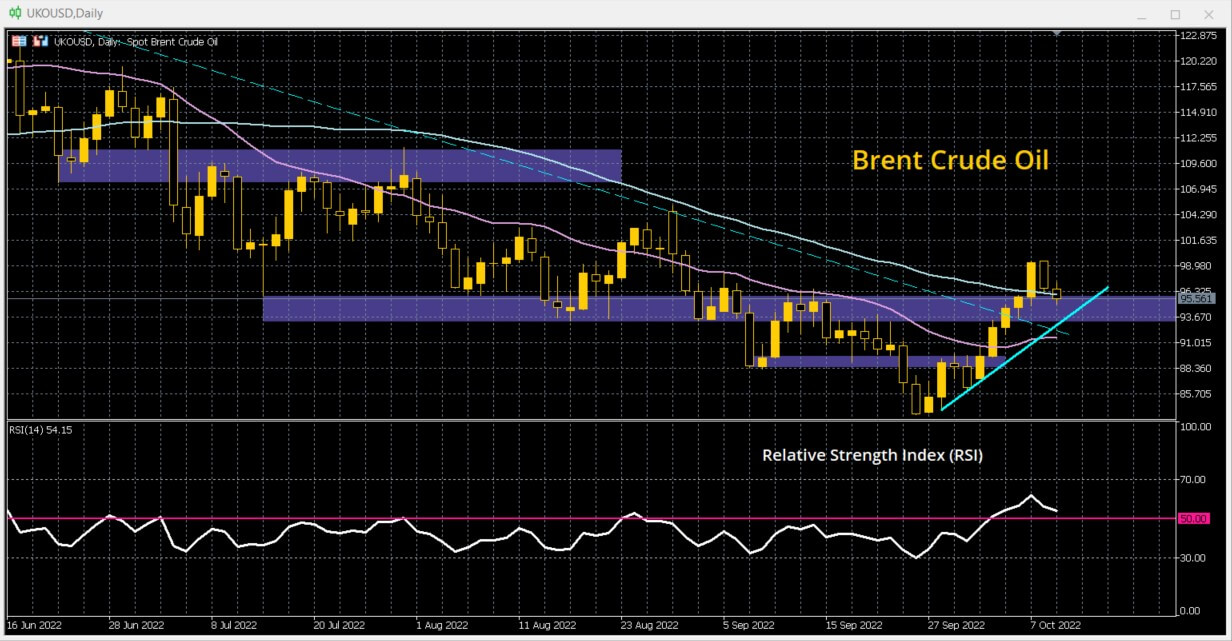 Indices: US markets continue to fall back towards their early October lows. European indices are following their lead. 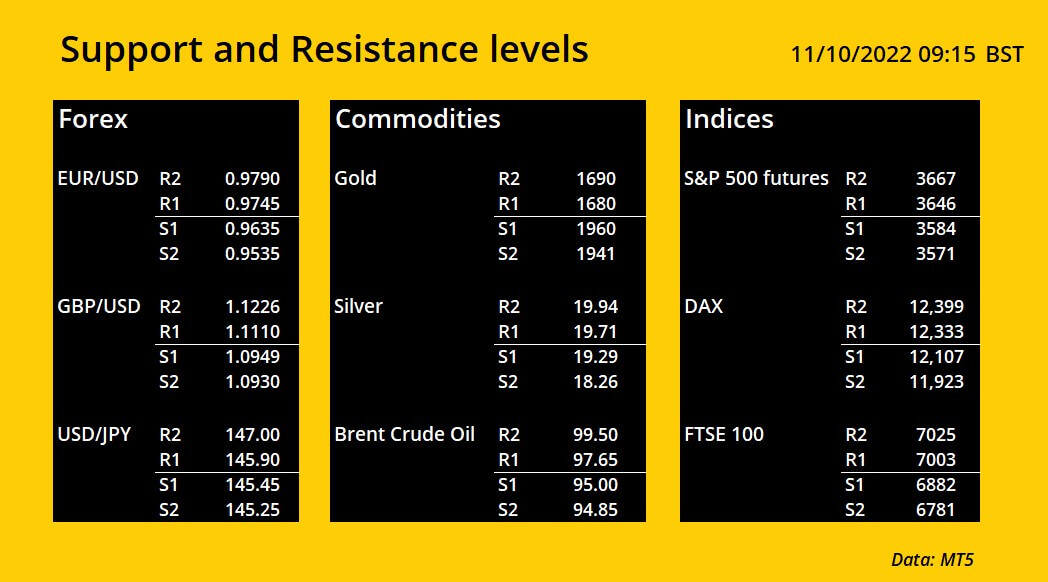