After strong Nonfarm Payrolls and an upside surprise in the ISM Services PMI the USD has found some support. This is also weighing on risk appetite once more.

After trending in a recovery amid a USD correction over recent weeks, risk appetite has been jolted early this week. Following on from Friday’s positive Nonfarm Payrolls data, an upside surprise in the ISM Services PMI has driven a hawkish response on US bond markets. A move higher in yields has supported the dollar, but also hit risk appetite. It would seem that in front of the FOMC meeting, the good news is bad for trading sentiment once more.

There is a slight tempering of these moves this morning. Yields are a shade lower which has dragged the USD slightly weaker. US equity futures are higher with a positive slant to risk appetite. The Aussie is outperforming after the Reserve Bank of Australia rate hike. So it will be an important gauge in the coming days. Markets have responded initially to the positive US data. This has stalled the growing USD correction, for now. The next important data is the prelim Michigan Sentiment on Friday, but the US CPI early next week will be a key driver.

It is a quiet day for the economic calendar. The US Trade Balance is the only significant data of note. The trade deficit is expected to increase in October.

Market sentiment is looking shaky: After yields and the USD jumped yesterday, sentiment has looked shaky. This continues this morning.

Treasury yields are lower after yesterday’s gains: A strong rebound on yields yesterday has been tempered slightly as the 2s and 10s are around -2bps lower.

RBA hikes by +25bps as expected: The hike to 3.10% (from 2.85%) was expected. The RBA expects to increase rates further, with inflation in Australia still too high. There has been a positive reaction on AUD this morning.

China further eases COVID restrictions: According to Reuters, China has eased the requirement for negative COVID tests for people going into supermarkets, commercial buildings and airports.

Cryptocurrencies fail to hold on to recovery gains: Crypto fell back into the close last night and remains steady this morning. Bitcoin has dropped back from multi-week highs but is c. +0.1% higher today at $17000. Ethereum is flat at $1259.

Forex: Major markets are cautious, with little real direction after the USD clawed back losses yesterday. The AUD is a mild outperformer after the RBA hike. 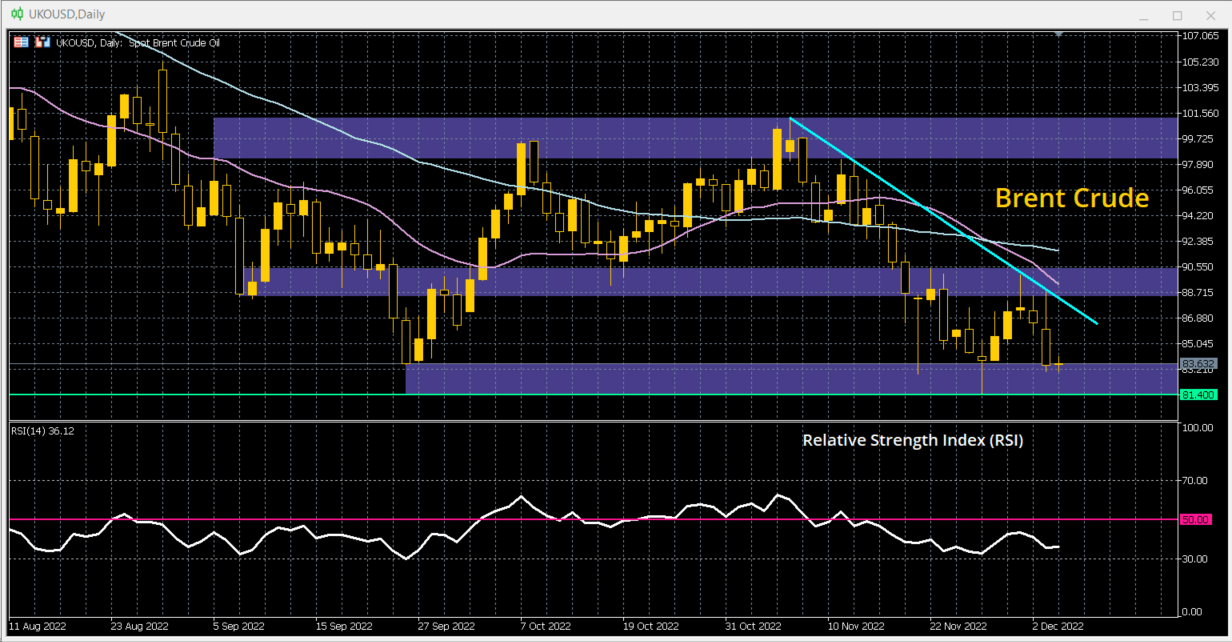 Indices: US futures have unwound to important levels, whilst the recovery trends of European indices are looking increasingly tired. 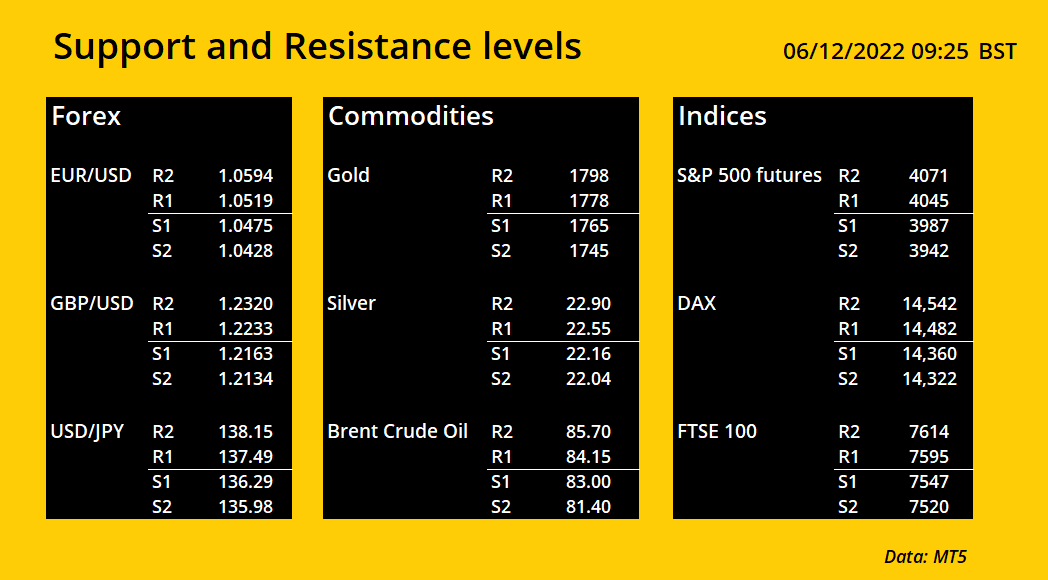