As a massive week for major markets gets going, the USD is beginning to edge higher again. This comes after Friday’s US PPI data held up and there is further potential for a hawkish surprise at Wednesday’s FOMC. This is weighing on risk appetite too. 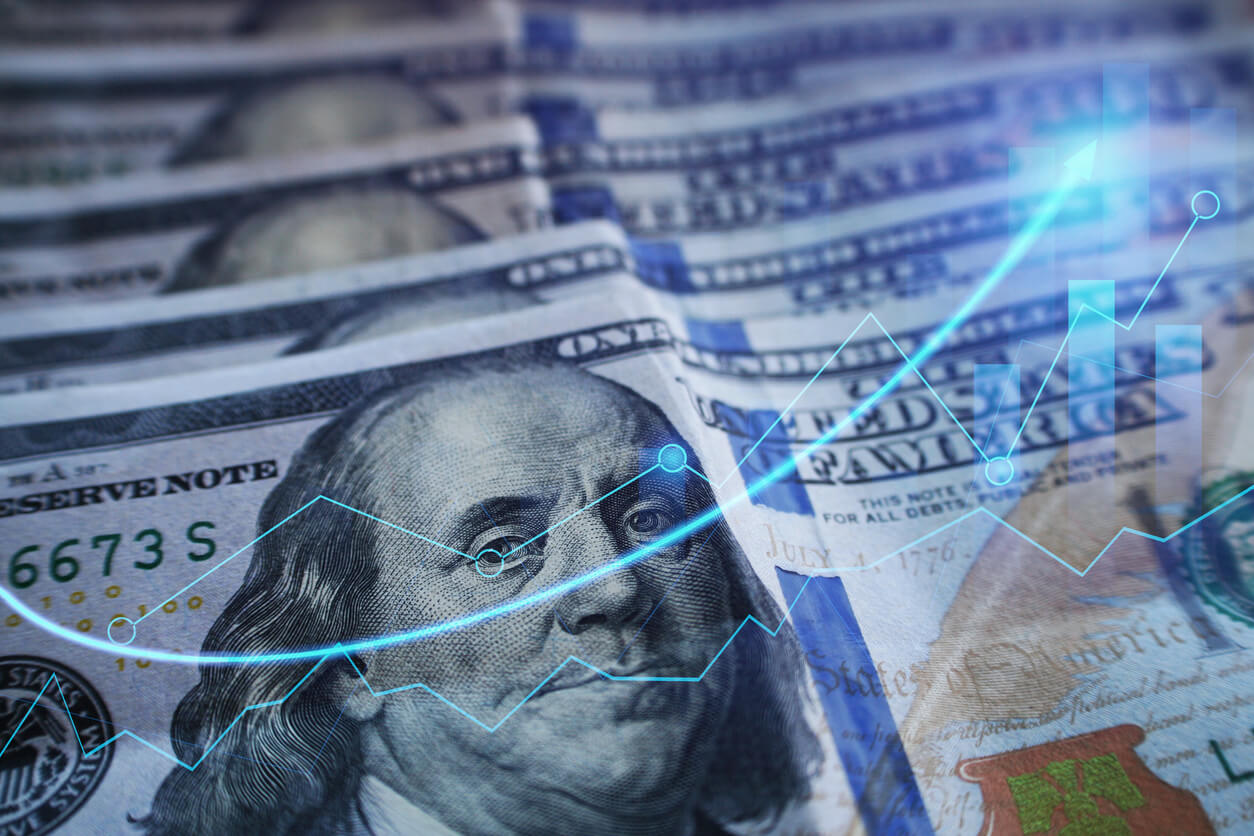 There was another USD positive reaction on Friday as more data has led the market to become more cautious about the view of a less hawkish Fed. Data in early December have tended to come on the hot side, with Nonfarm Payrolls and the ISM Services previously better than expected. Now, on Friday the US PPI (factory-gate inflation) has come in ahead of forecasts. This now sets up for Tuesday’s US CPI. With US Treasury yields moving higher, there is a growing risk that the Fed may come in with a hawkish surprise. A 50bps hike is still expected but it could be a hawkish lean in the dot plots or inflation projections.

Treasury yields moved higher on Friday and are again higher today. The USD is also positive and this is weighing on broader sentiment, with equity markets and precious metals trading lower.

It is a quiet day on the economic calendar. However, this will likely be the final day of calm before volatility takes off for the rest of the week.

Market sentiment has soured slightly: There is an edge of risk negative sentiment with the USD gaining.

Treasury yields hold on to Friday’s rebound: There is little decisive move on yields yet, but coming after Friday’s rebound, this is sustaining the slight shift we have seen in positioning.

UK monthly GDP surprises to the upside: GDP rebounded by +0.5% in October (+0.4% expected). UK Industrial Production also rebounded more than expected to -2.4% YoY (from -3.1%) with a smaller improvement to the -2.8% forecast. This is helping GBP to find support.

China trying to lift tough COVID restrictions: Restrictions have been lifted on transport workers. However, this comes in the face of “severe” infection levels.

Cryptocurrencies slide: The usual response on crypto to a slide in risk appetite. A decline in crypto early today (although not excessive), with Bitcoin -1% (to $16935 and Ethereum -0.8% to $1249.

Broad outlook: A risk negative bias, with USD gains, although the move is easing as the European session develops.

Forex: USD has been outperforming but some has leaked away as EUR and GBP have picked up.

Commodities: Precious metals remain positively configured and are trending higher. Oil has continued to struggle to form a recovery. 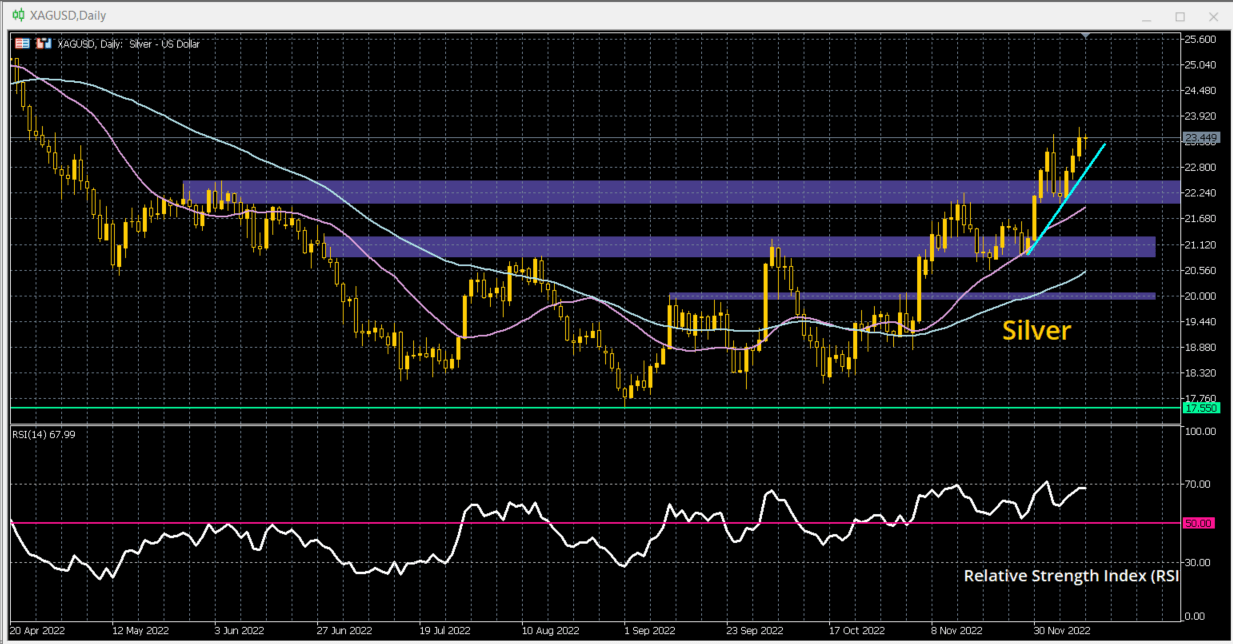 Indices: Equities have fluctuated in recent days but are still amidst a consolidation ahead of risk events. 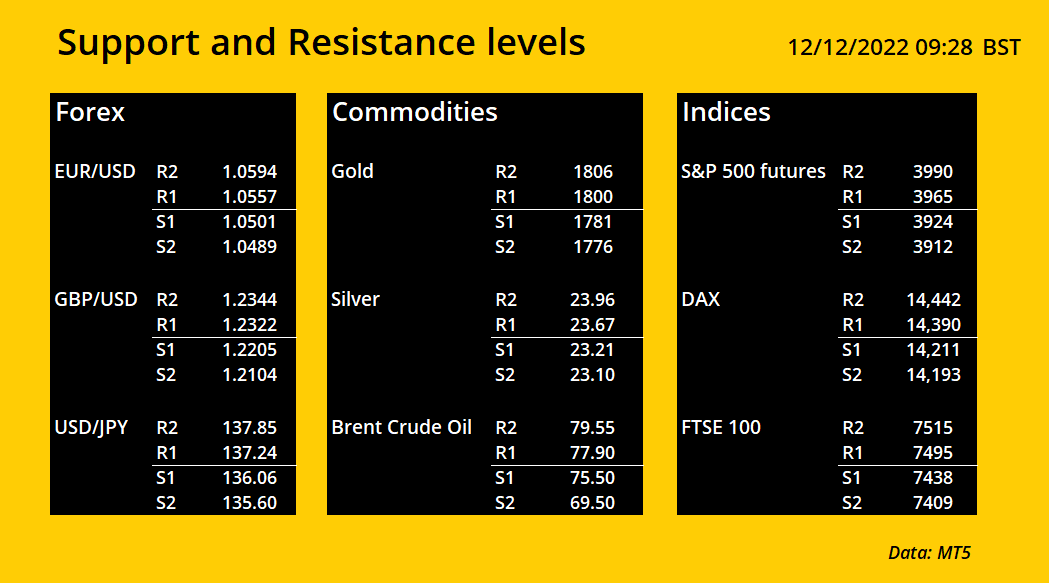