Concerning economic data out of China and subsequently, a huge negative surprise in the NY Fed survey is shifting flow back into the USD. 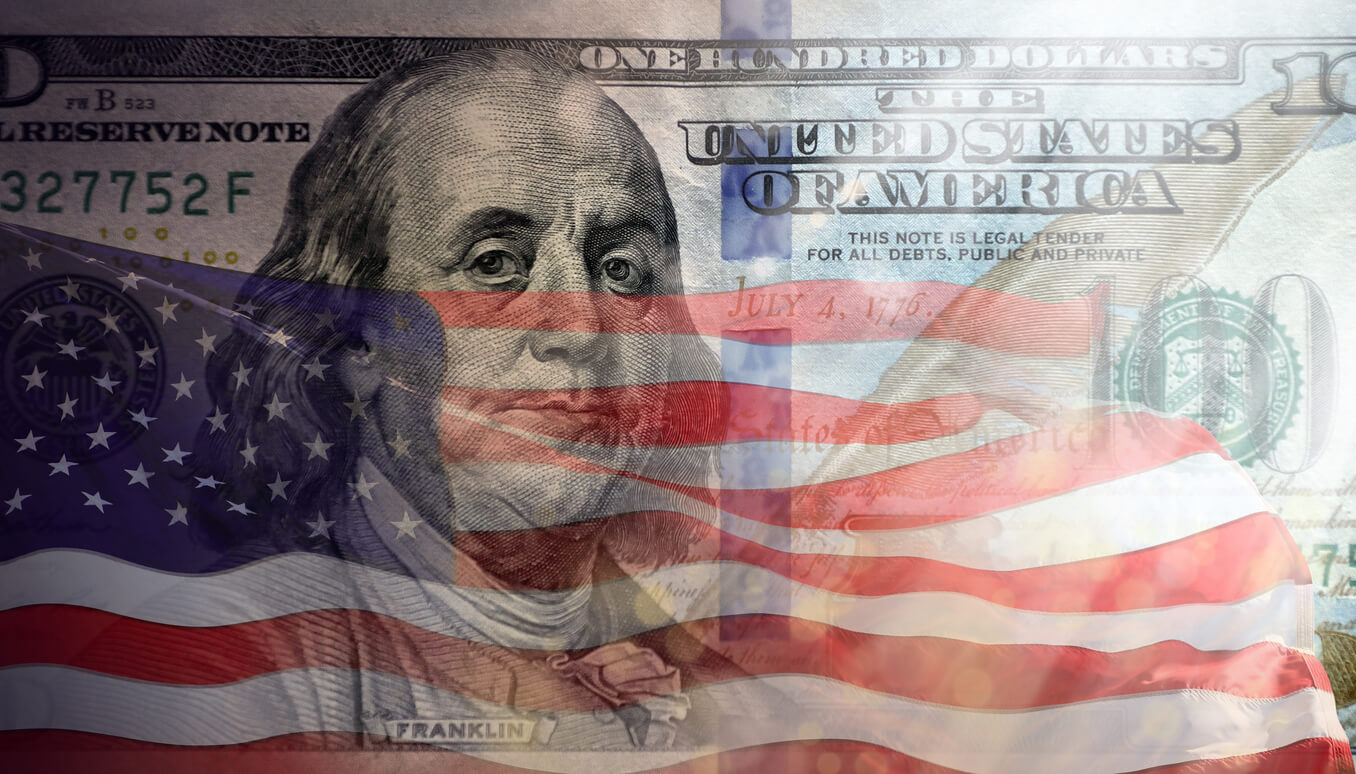 There is a resurgence in the USD. For the past month, the USD has been corrective. However, a strong move higher on Friday has been followed by further gains early this week. Breaking a four-week downtrend on the Dollar Index, the USD is starting to look stronger again. This is coming amid a flight to safety. With deterioration in the growth outlook for China and an energy crisis in Europe, the USD is a preferred destination to park money. However, there has been another lurch into the USD despite the New York Fed Manufacturing survey which jagged lower yesterday. This is a sign of the growing preference for the USD currently.

These data concerns are also weighing on commodities. Oil has broken to multi-month lows (on demand concerns following the Chinese and US data) and silver is also retreating (silver is also a pro-cyclical play that is suffering on demand concerns). For now, we see that equity markets are holding up relatively well. However, with Wall Street indices looking stretched after decisive recent gains, there will be a growing temptation for locking in some profits. If the dollar strength and decline in commodities continue, this could result in some near-term unwinding moves on indices developing in the days ahead.

There is plenty to keep traders interested on the economic calendar today. German ZEW is expected to show a mild recovery in August. Canadian inflation is expected to follow US inflation lower which would reduce pressure on the Bank of Canada to tighten rates. Building Permits and Housing Starts are expected to decline between -1% to -3%. After not growing for the past couple of months, Industrial Production is expected to grow slightly again in July.

Market sentiment is looking wary: A USD rebound, with commodities falling, tends to go with a negative feel to sentiment. However, indices are still holding up well, for now.

UK Unemployment steady, wages increase: The headline unemployment rate remained at 3.8%. Average Weekly Earnings (ex-bonus) increased to 4.7% (from 4.4%) which was ahead of the 4.5% expected.

Cryptocurrencies consolidate after yesterday’s pullback: Bitcoin closed around the day low yesterday and has posted a corrective candlestick on the daily chart. A “shooting star” candlestick (which is also a bearish one-day reversal) can be a strong corrective signal. The market is consolidating this morning around $24000.

Broad outlook: There is a mixed outlook. A stronger USD with falling commodities is risk-negative, but European indices are holding up well for now. 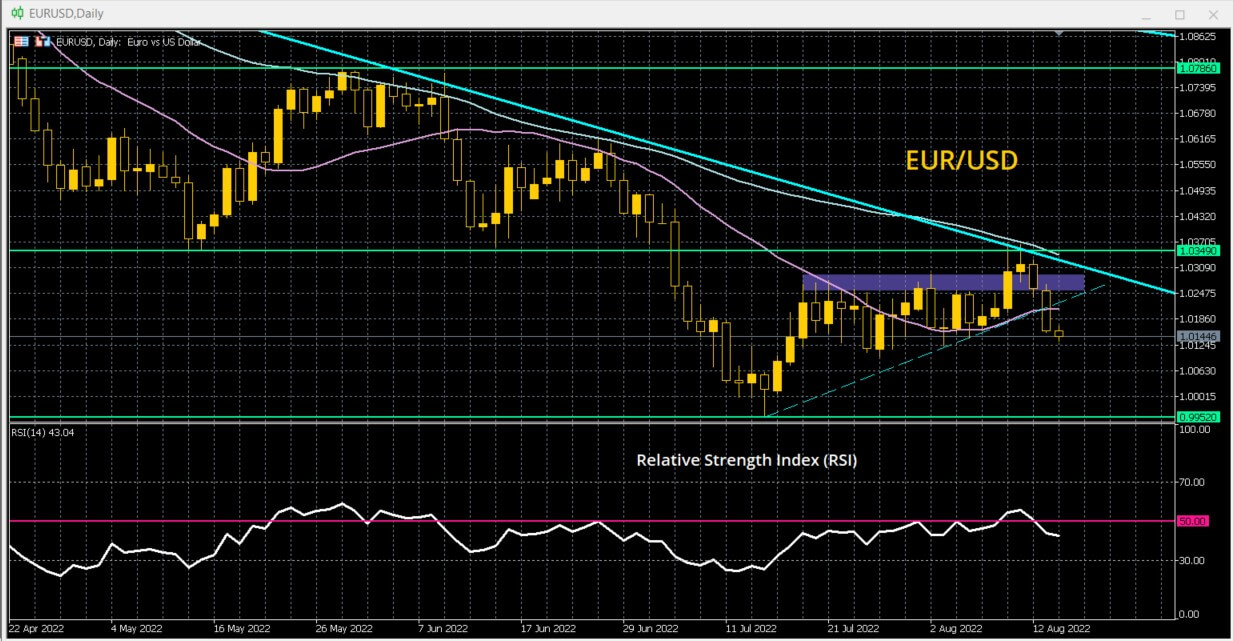 Commodities: Precious metals are rolling over, whilst oil is again posting lower highs and lower lows.

Indices: Wall Street has closed higher once more, but is looking increasingly stretched. European markets are holding on to their uptrends. 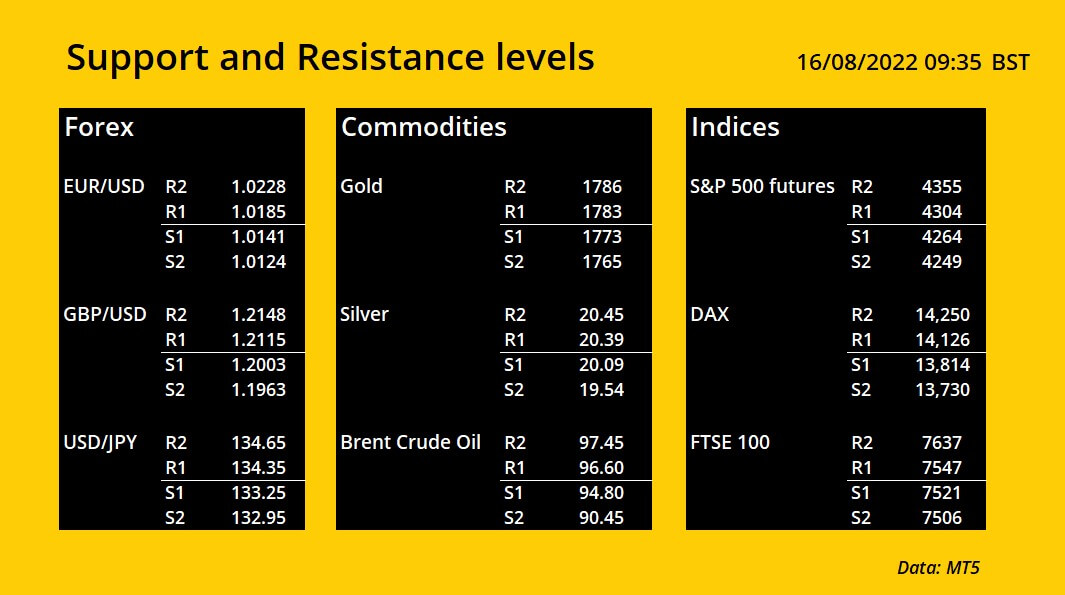