With the Fed into its blackout period and a lack of tier one US data this week, there is still a legacy from last Friday that hints at a USD correction. Fears of corporate layoffs in the US dent an indices recovery. 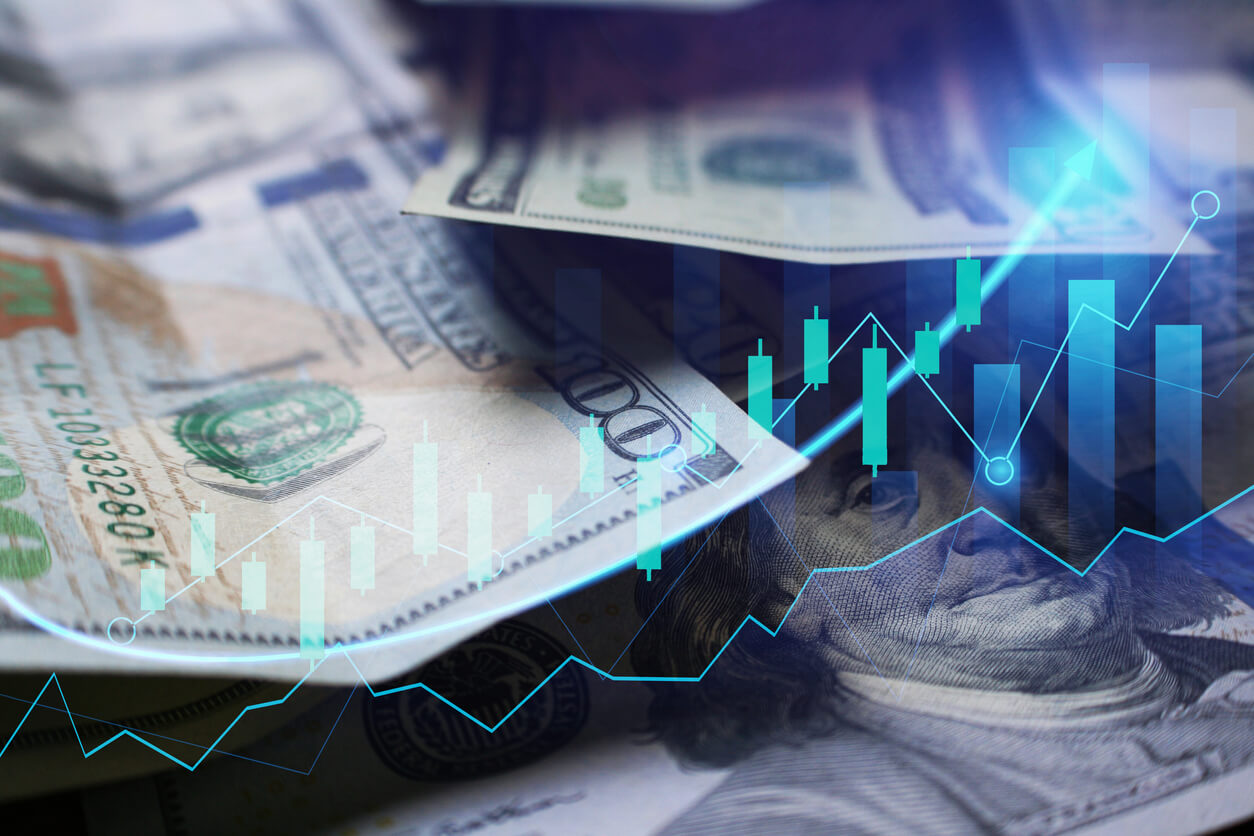 There is a lack of decisive newsflow to drive major markets in the early part of the week. The FOMC is into its blackout period ahead of next Wednesday’s monetary policy announcement, so there is no steer there. Furthermore, there is a lack of tier one US data releases until next week either. Subsequently, the hints of a USD correction that began last Friday are just popping up again this morning.

This comes as major currencies tick higher and take another look at the barriers that prevented dollar pairs from engaging decisive USD corrective moves yesterday. Notably, the AUD and EUR are leading the way this morning. Indices have also been hinting at a sustainable technical rally. However, the news that major corporates in the US such as Apple and Goldman Sachs were set to slow their hiring has caused a few ripples in this recovery. US futures are rebounding this morning, but the moves are still a little cautious for now.

With UK employment data showing few surprises, it is another fairly quiet day on the economic calendar. Midway through the European morning, the final Eurozone HICP inflation is expected to be unrevised from the flash data a couple of weeks ago. However, any upside surprise would still be market-moving for the EUR. Then a little later, US Housing Starts are expected to be slightly up, with Building Permits slightly down. However, GBP traders will be keeping an eye out for Bank of England Governor Bailey who is speaking at 1600BST.

Market sentiment looks positive today: There are decent conditions to continue the recovery in risk appetite of recent days. The USD correction is re-engaging, whilst newsflow is light.

Treasury yields are stable once more: Yields are a shade higher. Once more these are good conditions for a risk recovery.

RBA meeting minutes show more action is to come: the board remains committed to doing what is necessary to tackle inflation. There was an agreement that further steps will need to be taken, with either 25 or 50 basis points hikes on the table. Rates need to rise to neutral and RBA Governor Bullock agrees that neutral is still a fair bit higher. AUD has been supported by these comments.

UK unemployment in line: Unemployment held at 3.8% in May. Average weekly earnings ex-bonus has ticked slightly higher to 4.3% (from 4.2%).

UK race to be Prime Minister continues: The voting run-off is now down to the last four candidates. There have been no surprises yet.

Cryptocurrencies trying to rebound: After paring gains into the close last night, Bitcoin rebounded early today, only to slip back again. There is a feeling that the market wants to rebound but is struggling to make it hold. Bitcoin is currently +1% on the day.

Forex: USD is a solid underperformer, with AUD, NZD and EUR performing well.

Commodities: Precious metals are struggling for upside traction, can oil continue to recover?

Indices: As Wall Street falls over around key resistance this is a crucial moment for the recovery.