The risk recovery and USD correction have gathered pace in the days since the Fed meeting. This is impacting forex, commodities and indices. Key growth and inflation data for the Eurozone will be eyed, as will the Fed’s preferred inflation gauge. 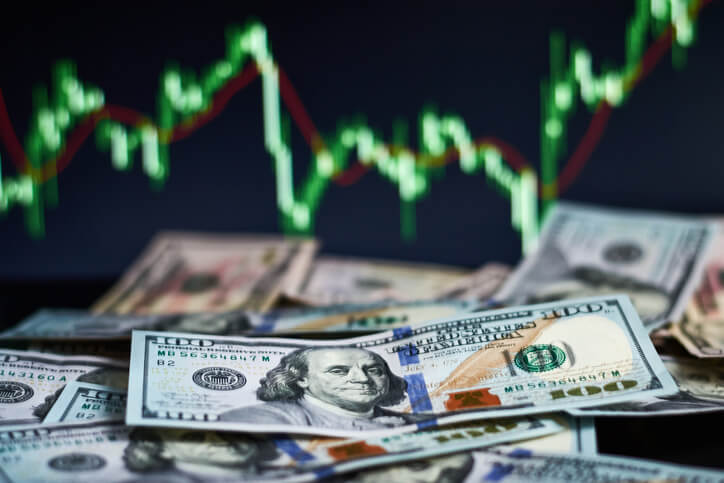 There has been a decisive shift in outlook since the Fed meeting. The general assessment is that the Fed has blinked in its fight against inflation. Furthermore, the US is now into a technical recession after Advance Q2 GDP showed a second consecutive quarter of negative growth. With fear of dealing with recession looming overhead, ending forward guidance is a dovish move. The prospect of a less aggressive interest rate policy has also pulled inflation expectations higher. The market impact of this has been to be USD negative in forex, pulling commodities (especially precious metals) higher and allowing equities to recover.

These moves have developed in the days since the Fed meeting and are holding firm once more this morning. Yesterday also showed that negative economic data surprises for the US no longer induce support for the USD. With the Fed now data-dependent, negative data could induce an even more dovish response and that means a USD correction is gathering momentum.

Market sentiment is positive: Risk positive and USD negative moves are a feature across major markets.

Treasury yields breaking down: Yesterday’s downside move in yields was significant. The US 10-year yield has now fallen below 2.70%. This is the lowest since mid-April and has completed a “head and shoulders” top pattern.

Early Eurozone GDP and inflation data: Mixed news. Eurozone countries announce GDP before the Euro area data. France has beaten estimates on GDP with +0.5% QoQ, with Spain also beating at +1.1%. However, inflation for France and Spain was also higher than expected.

Cryptocurrencies pause in their recovery: Crypto has jumped since the Fed meeting. In two days Bitcoin rallied by over 14% into last night’s close. However, the move has been on pause this morning. Bitcoin is down around -0.5% at just under $24,000.

Broad outlook: Sentiment continues to recover well. USD weakness is a part of this too.

Forex: USD is underperforming again across major forex pairs. JPY continues to be the best performer whilst AUD and NZD are also notable outperformers. Indices: Wall Street is in a strong recovery, whilst European indices look unsure.