In the wake of another Nonfarm Payrolls report that reflects the tightness in the US labour market, we have seen risk appetite plunging again and the USD strengthening. 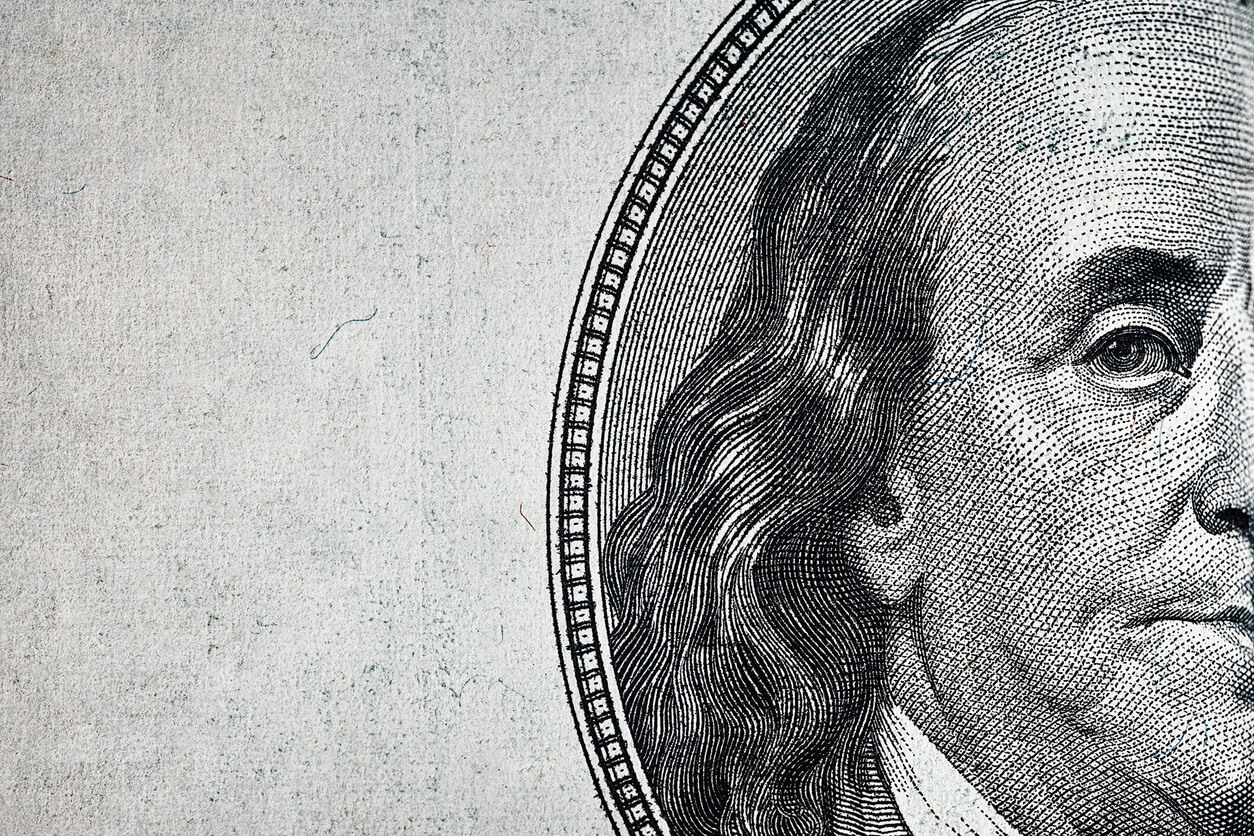 Market sentiment has soured once more. Friday’s US payrolls reflected the ongoing tightness in the labour market and keeps the Fed firmly on track towards a +75bps hike in November. Attention will now turn towards Thursday’s US CPI data for the next significant risk event. In the meantime though, US Treasury yields are tracking higher (although US bond markets are shut today for Colombus Day), and the USD is strengthening. With negative market sentiment once more in play, this is also driving commodities back lower and equity markets are also selling off.

For today, the lack of guidance from US bond markets and thinner markets could make market moves a little subdued. However, unless there is something that changes the mood once more, the trend of risk aversion and USD strength seems to be back on track. At least until US CPI on Thursday.

The economic calendar is completely bare today. There are a couple of Fed speakers to watch out for. Charles Evans is one of the most dovish members of the FOMC but is due to retire in early 2023. Also, Lael Brainard is a permanent voter and is now considered probably the most dovish on the FOMC.

Treasury markets are closed: There is no guidance from US bond markets today, which are shut for Columbus Day.

China Caixin Services PMI disappoints: Saturday’s Caixin services fell to 49.3 in September. This was well down from the 55.0 in August and a big miss of the 54.5 forecast. The composite PMI fell to 48.5 from 53.0 previously. This is adding to the risk negative bias today.

US markets shut: It is Columbus Day in the US. This will mean reduced liquidity and likely quiet/subdued markets.

Broad outlook: Market sentiment has soured since US payrolls.

Forex: USD is the main outperformer. AUD is the big underperformer, with EUR and NZD also lower.

Commodities: Friday’s sharp sell-offs on precious metals are continuing. The rally on oil has slipped but remains on track. 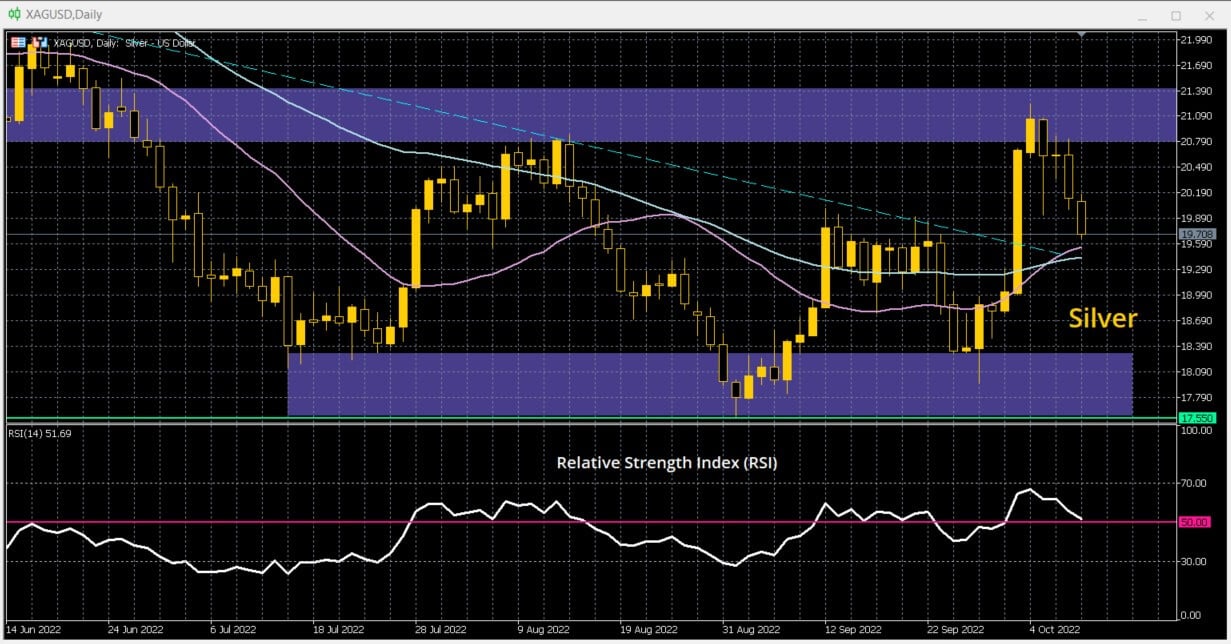 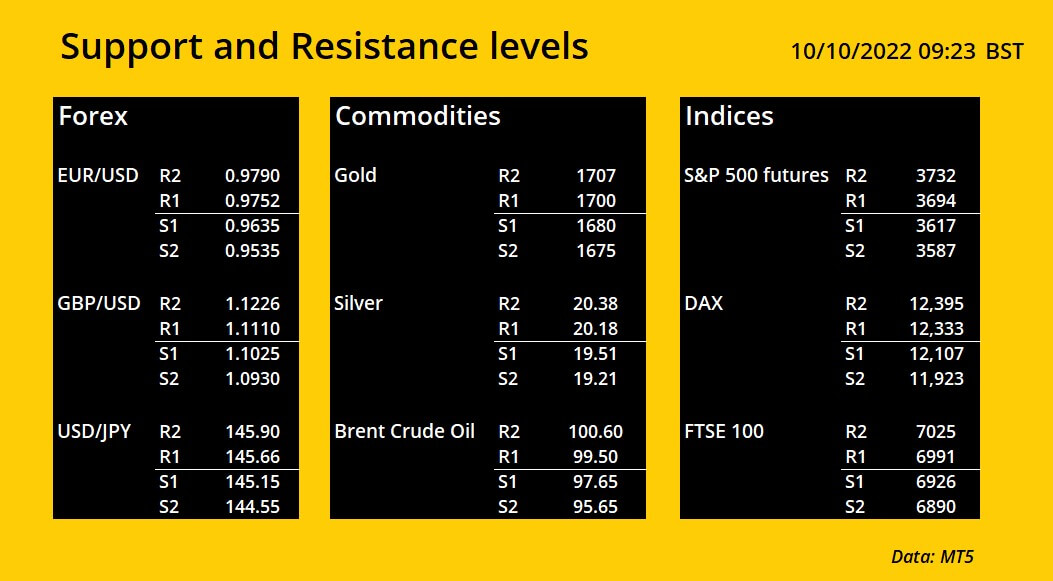