After two sessions of decisive USD selling, the signs of recovery are appearing this morning. This comes at an important crossroads for majors. 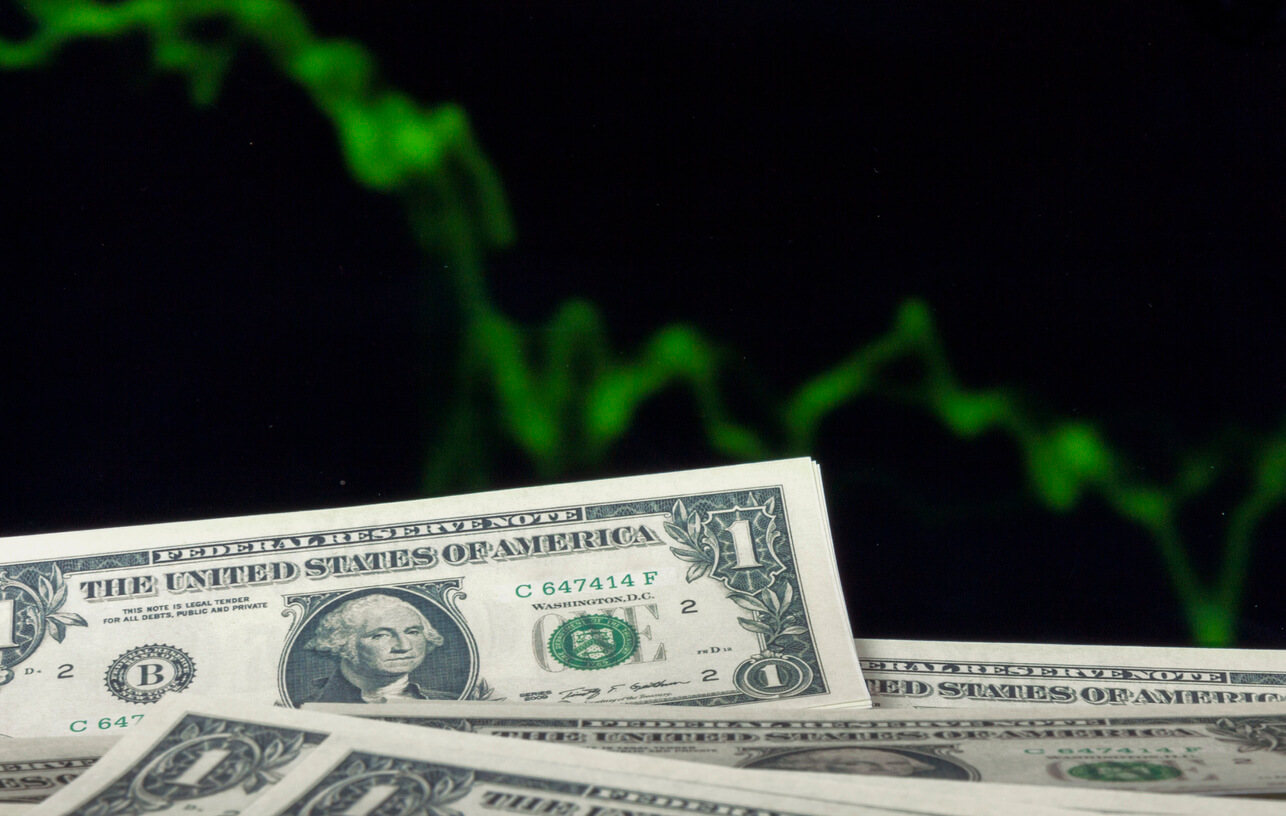 After the considerable corrective selling pressure on the USD following Friday’s Nonfarm Payrolls report, the move continued yesterday. This was especially the case moving into the US session. These moves have taken several major markets towards an important crossroads. Important resistance and key downtrends are being tested on markets such as EUR/USD, GBP/USD, AUD/USD and Gold. The moves have been predicated on an assessment of a less hawkish Fed and fuelled (certainly on Friday) by lower yields). However, yields are starting to creep higher again. We are still mindful that this USD corrective move could be short-lived.

With yields drifting higher once more this morning, there is a basis of support forming for the USD. There is little data of note until Thursday’s US CPI inflation and this may just be a sense of consolidation has set in. The US Midterm elections are held today and if the Democrats lose control of both the Senate and the House of Representatives, it would make for a very difficult last two years for President Biden. This could weigh on risk appetite once more.

It is another quiet day on the economic calendar. The only data of note are the EU Retail Sales. Consensus is expecting slight growth month-on-month which would mean a slight improvement in year-on-year sales. However, sales remain negative on a 12-month basis.

Market sentiment begins to sour slightly: Sentiment has been positive in recent sessions but has just soured slightly this morning.

Treasury yields tick higher: Yields have stabilised this week and are starting to edge back higher once more.

US Mid-terms today: The US votes in the mid-term elections today. Two years into his Presidency, Joe Biden looks set to lose control of the House of Congress, whilst the Senate looks in the balance.

Cryptocurrencies falling hard: Selling pressure has taken hold this week and crypto is falling again this morning. Bitcoin is -4.3% at $19800, with Ethereum -5.3% at $1492.

Broad outlook: is an edge back towards USD strength and negative risk appetite. This is weighing on commodities and indices.

Forex: The USD is showing mild outperformance versus major forex. The JPY is holding up relatively well.

Commodities: Precious metals have just eased back after the sharp moves higher. Oil is consolidating. 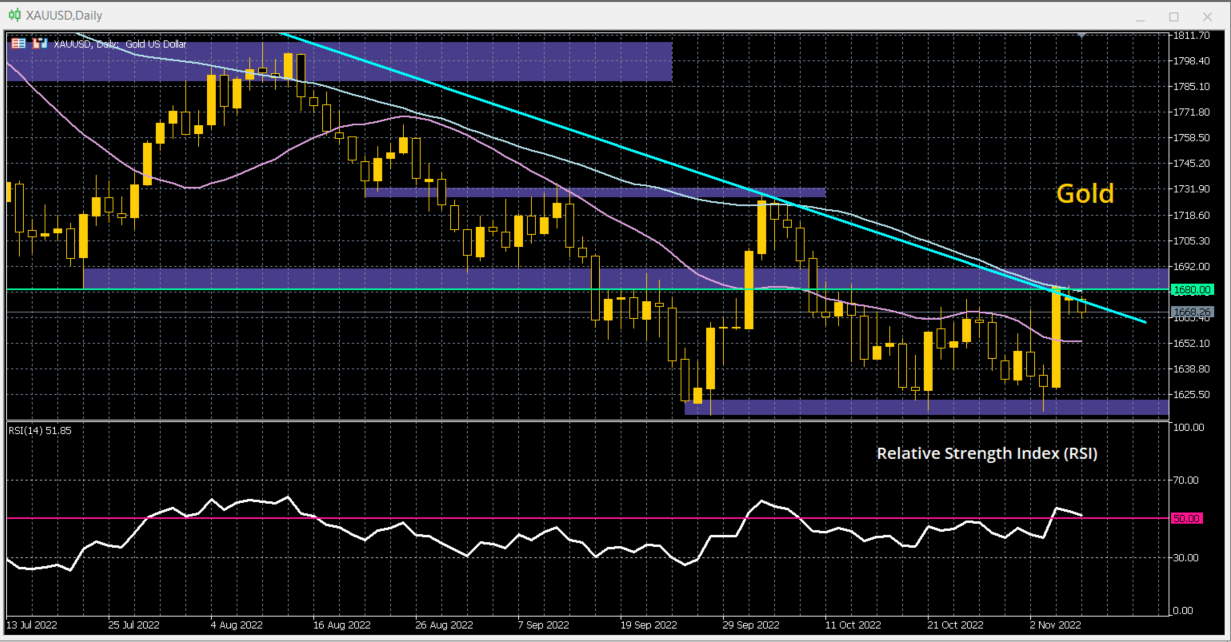 Indices: After two days of decent gains, equity markets are into a bout of consolidation this morning. 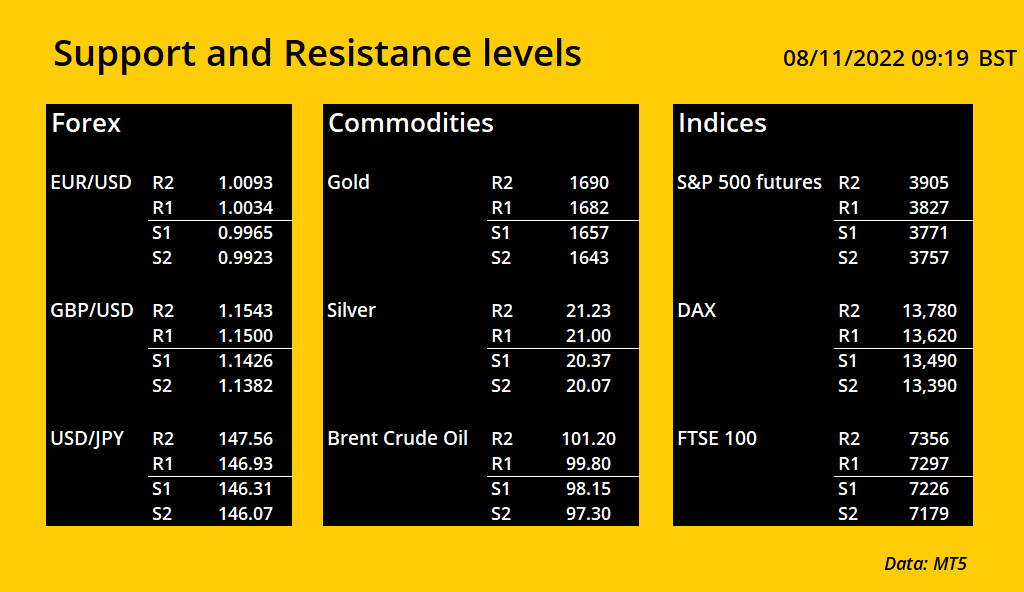