The near-term USD rebound has settled down as US bond yields have consolidated. Broader markets seem to be increasingly in need of a catalyst and are in wait-and-see mode ahead of a huge week approaching. 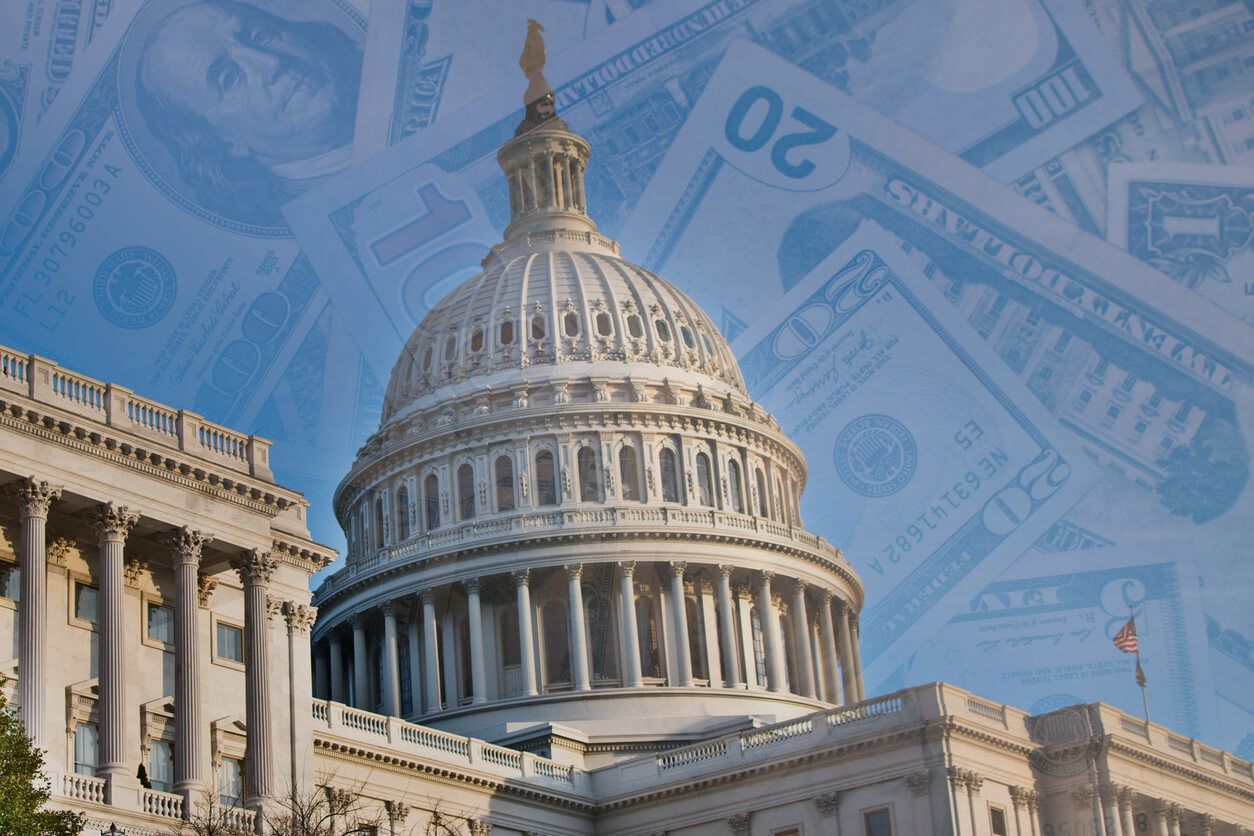 There is an increasingly settled feel to major markets. The strong moves of early this week have eased off. USD has strengthened as US yields ticked higher, weighing on broad sentiment. However, traders seem to now be increasingly looking ahead to what could be a tumultuous period next week. With US CPI, the Fed, the ECB, and a raft of other tier-one data releases to prepare for, the next couple of days could be the calm before the storm. There is also a notable lack of market-moving catalysts. Perhaps something might come out of the speech by ECB President Lagarde today, but with the Fed in its blackout period and a lack of tier-one data, traders look to be keeping their powder dry.

It is a quiet Thursday for the economic calendar. The only data of note comes with the US Weekly Jobless Claims. Claims have been tracking higher in recent weeks. Although they were lower than forecast last week, claims are expected to move higher again.

Market sentiment is settled: There is very little direction on major forex or commodities. Indices are also lacking direction.

Treasury yields are a shade higher: Yields fell into the close last night (helping to weaken the USD) but are settled this morning.

ECB President Lagarde speaks today: EUR traders be on alert as the ECB President Christine Lagarde is speaking at 12:00 GMT.

Cryptocurrencies flatten: There is little direction on cryptos this morning. Bitcoin is flat at $16830, with Ethereum also flat at $1232.

Forex: There is almost no serious direction on major forex. The NZD is a very mild outperformer, with JPY slipping slightly. 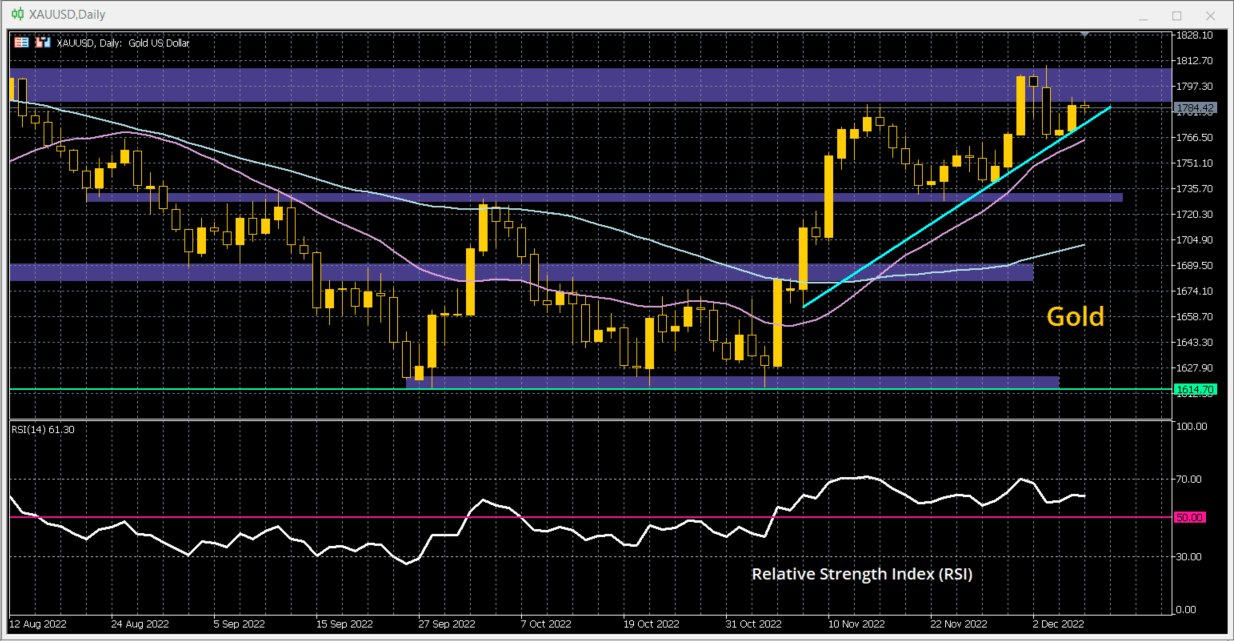 Indices: US futures are consolidating around important support, whilst the recovery trends have been decisively broken on European indices. 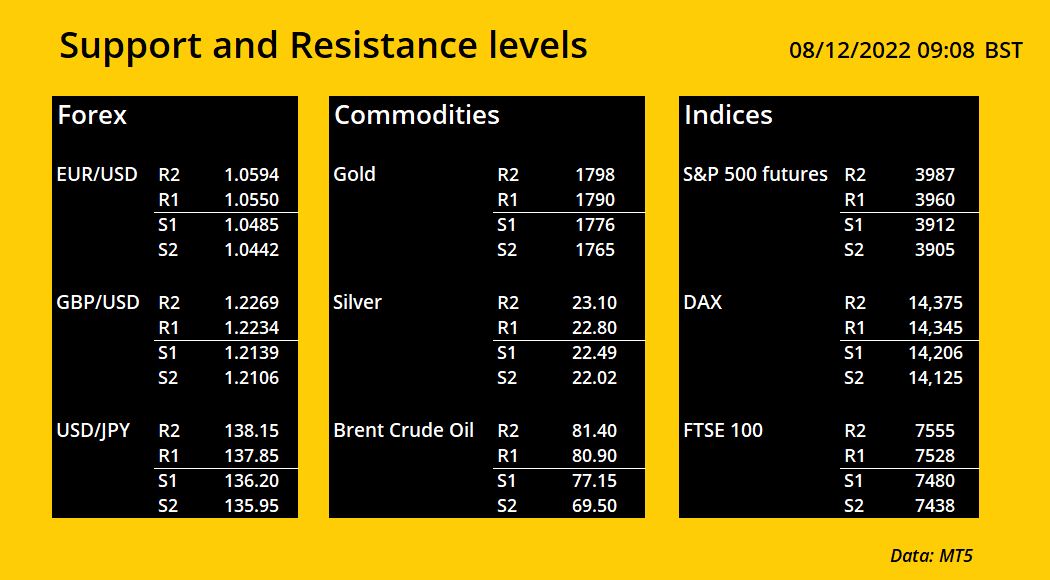