Recent massive selling pressure on cryptos has driven broad risk aversion with flow back into the USD and pulling equities lower. Crypto downside has eased but the negative bias remains. 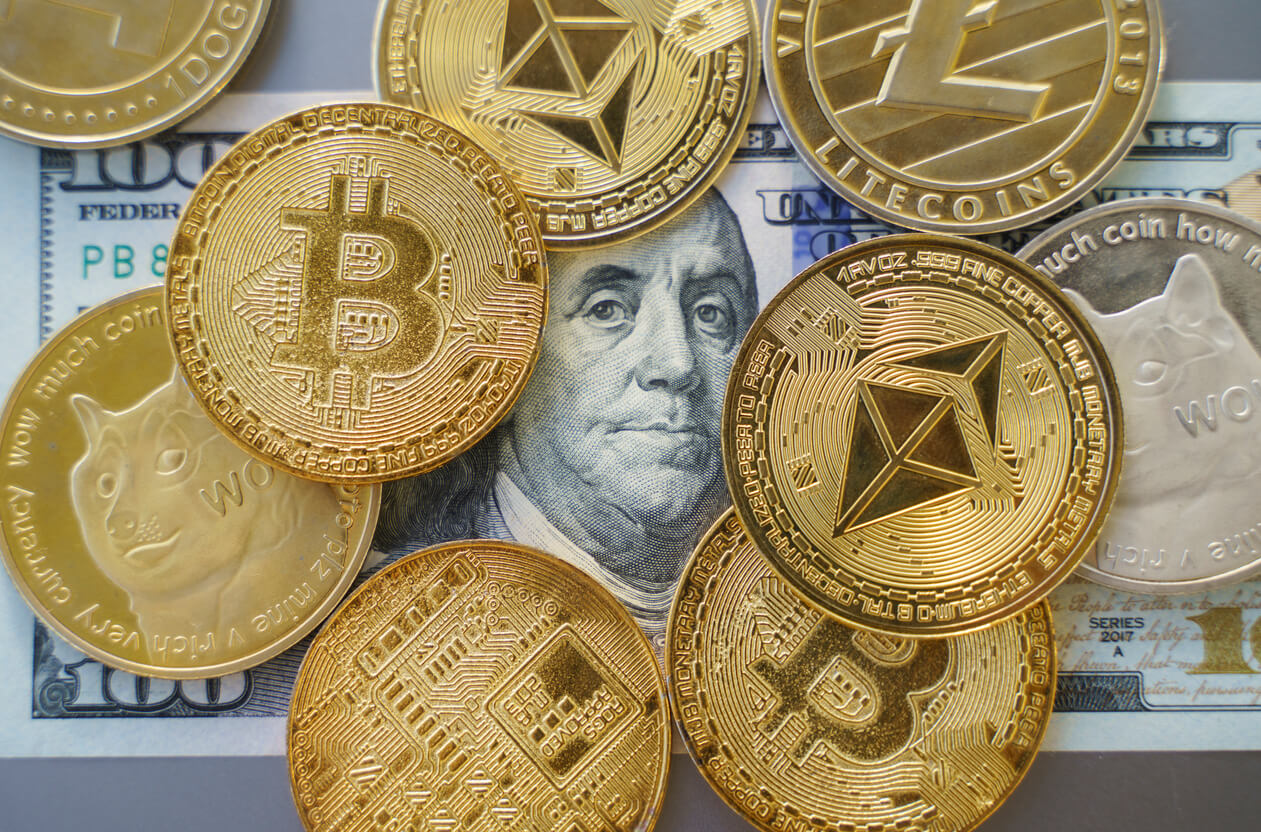 The turmoil that has arisen in the world of cryptocurrencies has been finding contagion leaking into major markets. Huge selling pressure on cryptocurrencies such as Bitcoin and Ethereum has come amid the collapse of crypto exchange ETX. The negative sentiment helped to lend the USD some support and weighed on commodities (although the gold price held up well). Crypto has found a degree of support this morning but remains volatile and this continued to lend a sense of risk aversion to broad sentiment.

US inflation is the key risk even for the economic calendar. US CPI is the key data for the whole week. Headline and core CPI are expected to dip slightly in October. Previous months have come in above expectations and have driven renewed USD strength. It will be interesting to see if USD can hold up so well if inflation does begin to fall on both core and headline. Weekly jobless claims have picked up again in recent weeks. This is beginning to reflect a slight easing of tight labour market conditions.

Market sentiment remains slightly negative: The negative risk appetite that has come in from the meltdown in crypto is still hanging around this morning.

Treasury yields fell yesterday and are holding lower: Yields have turned lower amid the risk aversion.

US midterms outcome still uncertain: The Republicans are edging towards control of the House of Representatives, as expected. Although they did not achieve the numbers predicted, suggesting a “red wave” did not materialise. However, there are Senate seats are still to be decided, with the current tally at 48:48. The races in Arizona (leaning Democrat), Georgia, Nevada (a toss-up) and Alaska are yet to be declared. Georgia will go to a run-off in December after neither candidate reached the required 50% threshold.

Binance pulls out of a deal to rescue FTX client base: After doing its due diligence, Binance has chosen not to push ahead with a rescue of FTX, amid reports of mishandling of client funds.

Cryptocurrencies rebound: After massive declines on Tuesday and Wednesday, cryptos are rebounding today. Bitcoin fell -10% on Tuesday and another -16% on Wednesday. The price has rebounded by +6% early today back up to $16700. Ethereum has fallen by -30% in two days but is bouncing by +7% this morning to $1185.

Broad outlook: There is a sense of consolidation but with a slight bias towards USD strength amid negative risk appetite.

Forex: Mild outperformance on the USD today, however after sharp selling pressure on GBP yesterday it is rebounding. 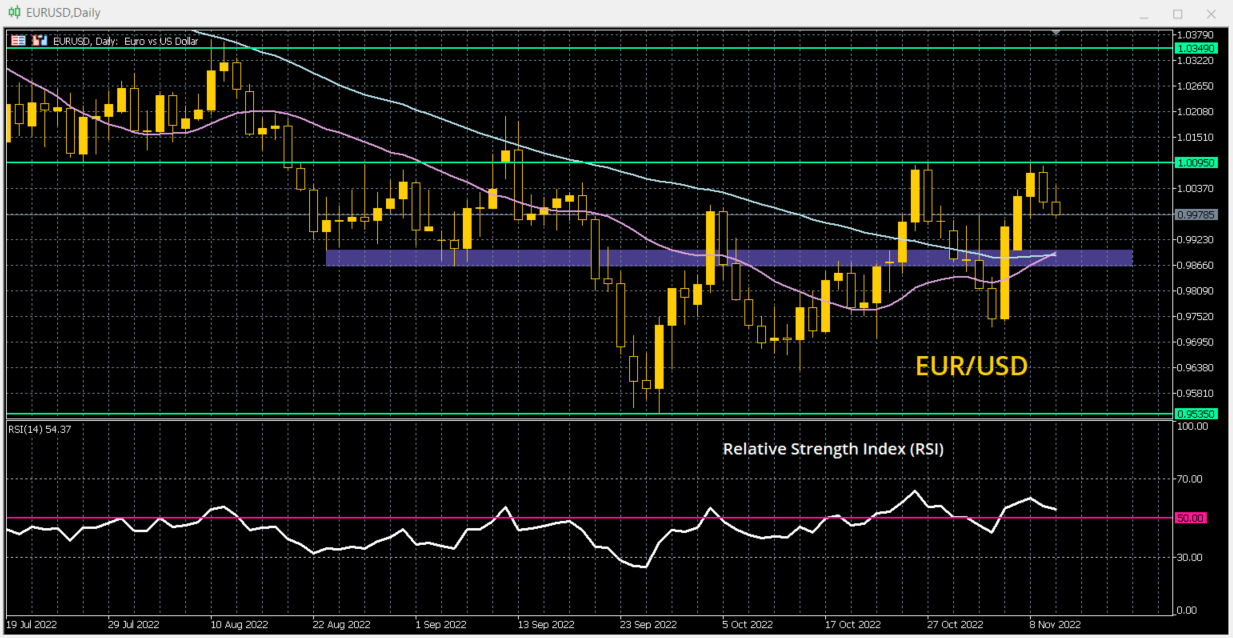 Indices: Wall Street is increasingly rangebound. The DAX is consolidating higher, with FTSE quietening in consolidation. 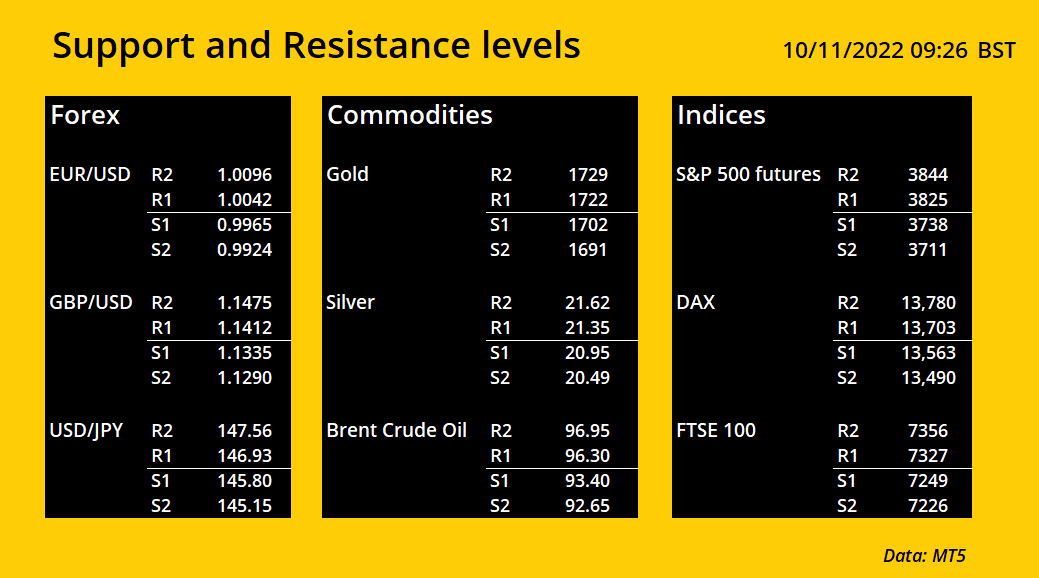