After a disappointing end to Q2 yesterday, this morning seems to be little different as risk appetite remains negative. Indices are falling, commodities moving lower and USD is strengthening once more. 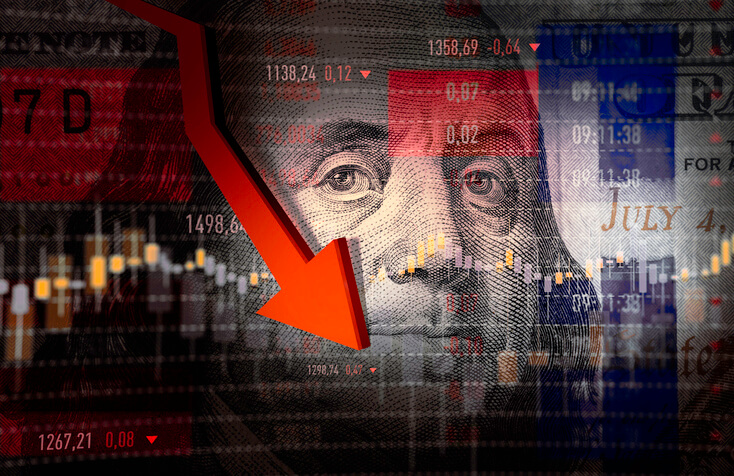 As Q2 turns into Q3 not a lot has changed. Risk appetite remains negative which is driving market participants in search of safe-haven assets. Primarily the US dollar is the beneficiary of this trend, however, as Treasury yields decline once more (investor flows into the safety of US bonds) we are seeing the Japanese yen as the big outperformer. On the flip side, we see commodities falling away, with silver falling to a near two-year low. Associated with this, we also see the sharp underperformance of the commodity currencies such as the Aussie and the Kiwi. Equity markets are also lower in early moves.

Traders will be asking themselves what can change this tide of negativity. At this stage, with stagflationary pressures mounting and the Fed still being forced into aggressive hiking, it is difficult to see the light at the end of the tunnel.

There are a couple of big tier-one data points to look out for on the economic calendar today. The Eurozone HICP inflation is expected to increase on both a core and headline basis. EUR traders will have watched the big decline in German inflation and feel that a negative surprise may be possible. The US ISM Manufacturing is expected to continue to decline in June. We have seen a safe haven bias from several negative US data surprises that have helped to support USD recently.

Market sentiment is negative once more: The JPY and USD are strong outperformers on forex, with commodities and indices lower.

Treasury yields fall again: Falling yields whilst USD is strengthening reflects significant risk aversion. The decline in yields is not massive today (US 10yr is -1bps) but trends of recent days show consistent downside is growing.

Japanese Tankan survey disappoints: The survey of the Japanese economy has missed expectations on almost every metric.

China Caixin Manufacturing rises into expansion: The unofficial manufacturing PMI improves back into expansion territory (above 50) up to 51.7 also beating expectations. This is the highest level in over a year.

Cryptocurrencies move higher: Crypto is an asset class that is bucking the trend today, trading higher despite risk aversion. Bitcoin is over +4% higher this morning, however, having lost almost -8% yesterday this could just be an unwind. It remains under $20,000.

Forex: USD and especially JPY are outperforming today. The biggest underperformers are AUD and CHF.