Several factors have combined in the early part of the week to encourage a more positive outlook for major markets. This is weighing on the USD whilst indices rebound. 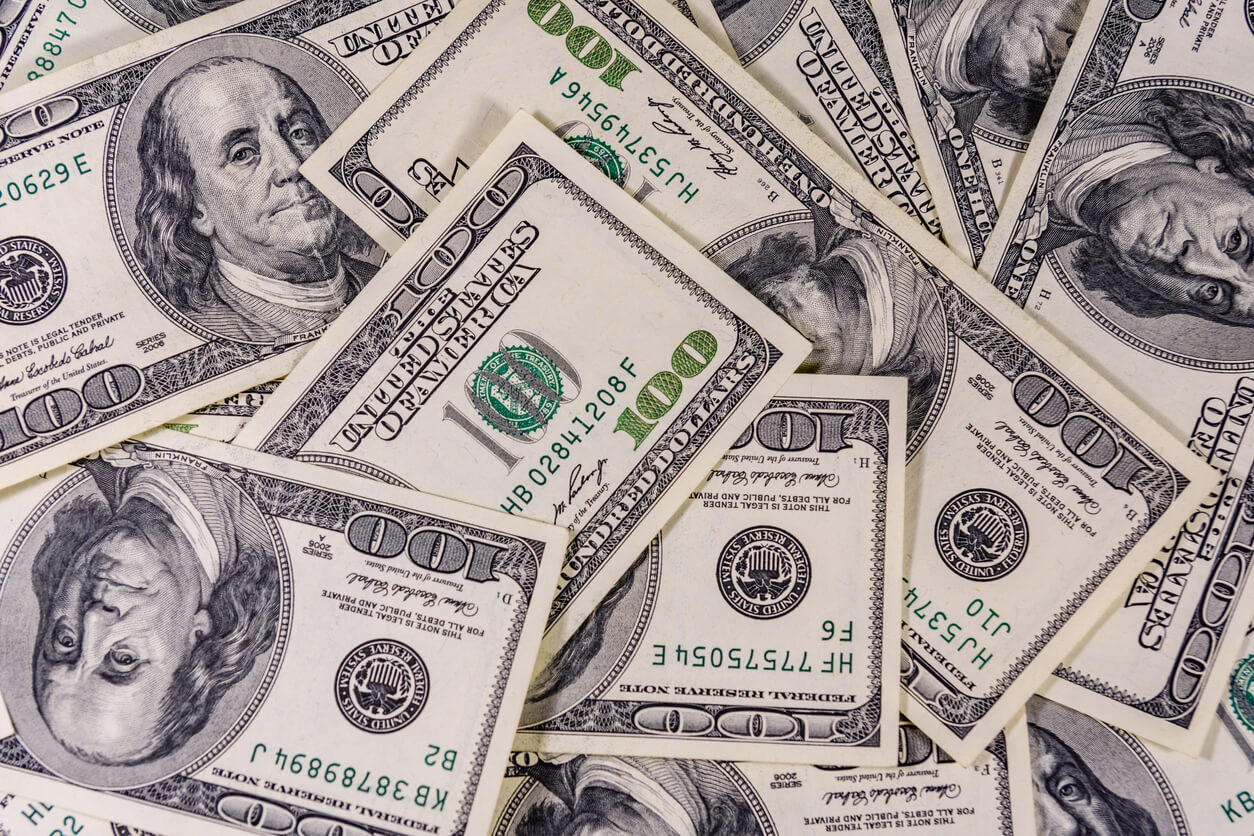 We are seeing a more risk-positive bias to market sentiment now. The UK political turmoil may not be over quite yet (Prime Minister Truss remains on extremely precarious footing) however, some of the immediate risks to UK Gilt markets have eased. A new Chancellor of the Exchequer (finance minister) has torn up “almost all” of the uncosted fiscal pledges of the mini-budget. Markets seem to like what they are hearing, with UK Gilt yields falling and GBP has rebounded. This immediate risk of contagion from UK bond markets has been contained. There are also suggestions that the Bank of England is to delay its planned quantitative tightening. This is all helping to settle major bond markets and improve sentiment. Add in a decent start to the US earnings season and the result is a continued rebound in sentiment.

This is helping US futures and European indices to continue to recover this morning. There is a more positive feel to precious metals near-term. The USD was corrective yesterday and is still showing signs of near-term correction today. However, it will be interesting to see how far this improvement in risk can take. There is just a consolidation on US bond yields, whilst there are some key levels already coming into play for USD positions. We continue to favour a stronger USD in due course.

German and US economic activity is on the economic calendar today. The German ZEW Economic Sentiment is expected to deteriorate to record lows. The current conditions component is the big driver. US Industrial Production is expected to recover to show slight growth in September, after a slight decline in August.

Market sentiment continues on a positive path: USD underperformance (even though GBP is slipping back), with commodities, supported and indices rebounding.

Treasury yields are slightly lower: It has been more of a consolidation than an unwind on US bond yields. There is a marginal tick lower this morning.

UK Gilt yields drop: With a decision to change the finance minister and a move to reverse “almost all” of the mini-budget, UK Gilt yields have dropped sharply in the past couple of sessions. The 10-year yield was around 4.50% about a week ago. It has dropped 50bps to under 4.00% yesterday. The easing of pressure on UK Gilts is helping to settle nerves on major bond markets.

BoE set to delay QT: The Bank of England is reported to be set to delay the beginning of its quantitative tightening (selling the bonds from its balance sheet). This was due to begin at the end of October. Delaying QT sends a signal that the BoE is reacting to market conditions and will help to stabilise Gilt markets.

New Zealand Q3 inflation higher than expected: Inflation fell slightly in Q3 to 7.2% YoY (down from 7.3% in Q2). This was significantly higher than the 6.6% forecast. NZD is strong this morning.

Broad outlook: A risk recovery continues. Rallies have tended to be short-lived.

Forex: The USD remains corrective, also the GBP rebound could be stalling. NZD is a big outperformer.

Indices: A big rebound on Wall Street is translating well through to European indices too. 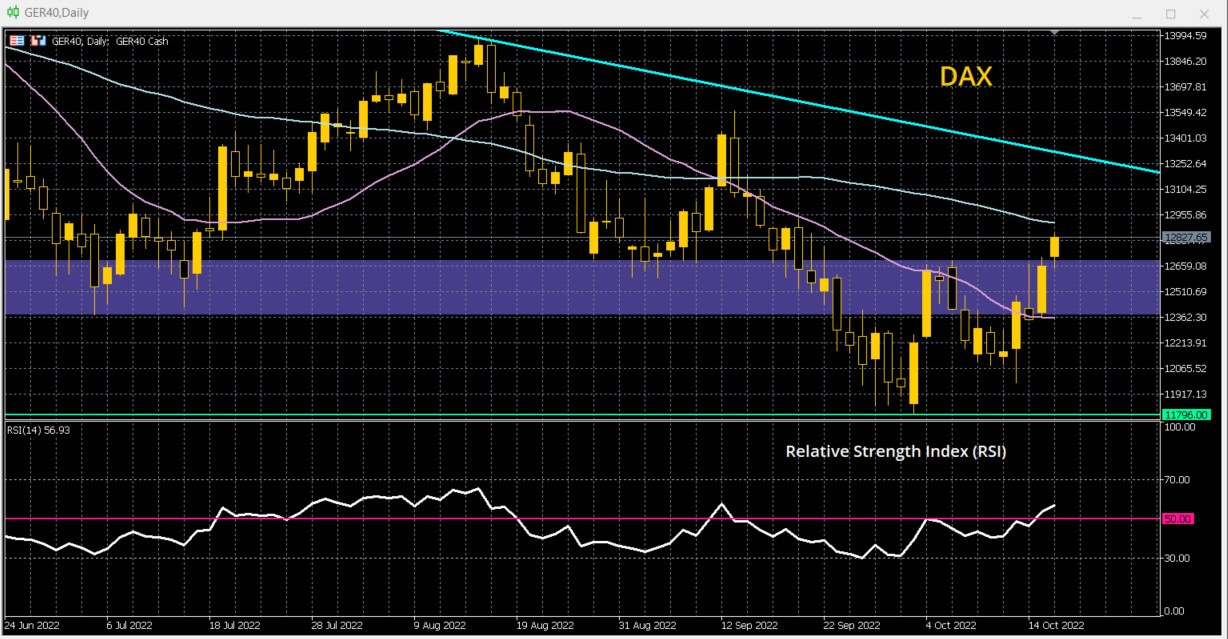 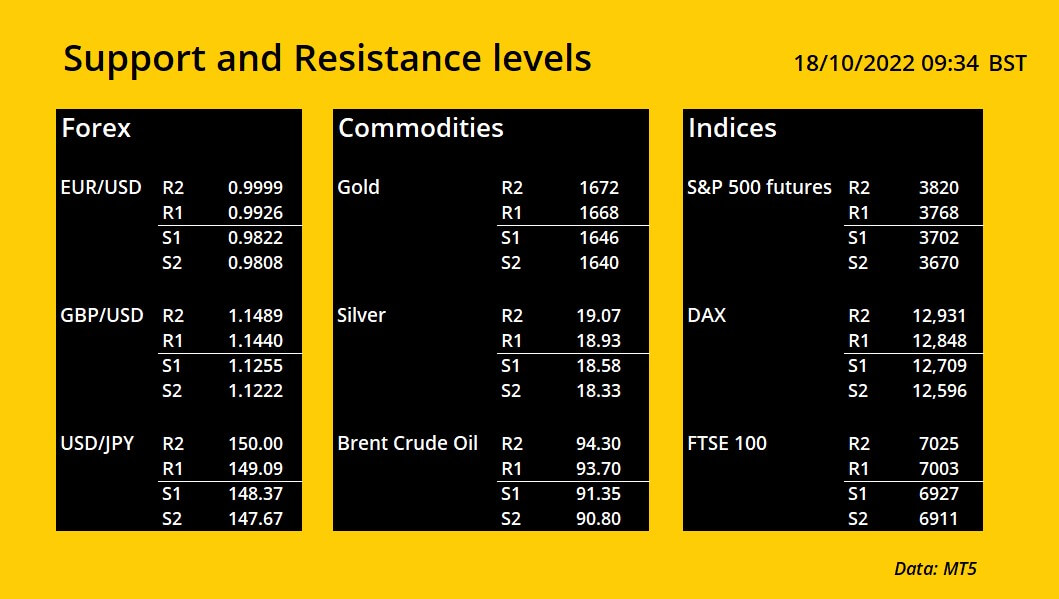