Another surge of USD strength and selling of risk assets has come in the past 24 hours. Russia ramping up the geopolitical tensions in the Ukraine war has come before the Federal Reserve aggressively hiked interest rates again. 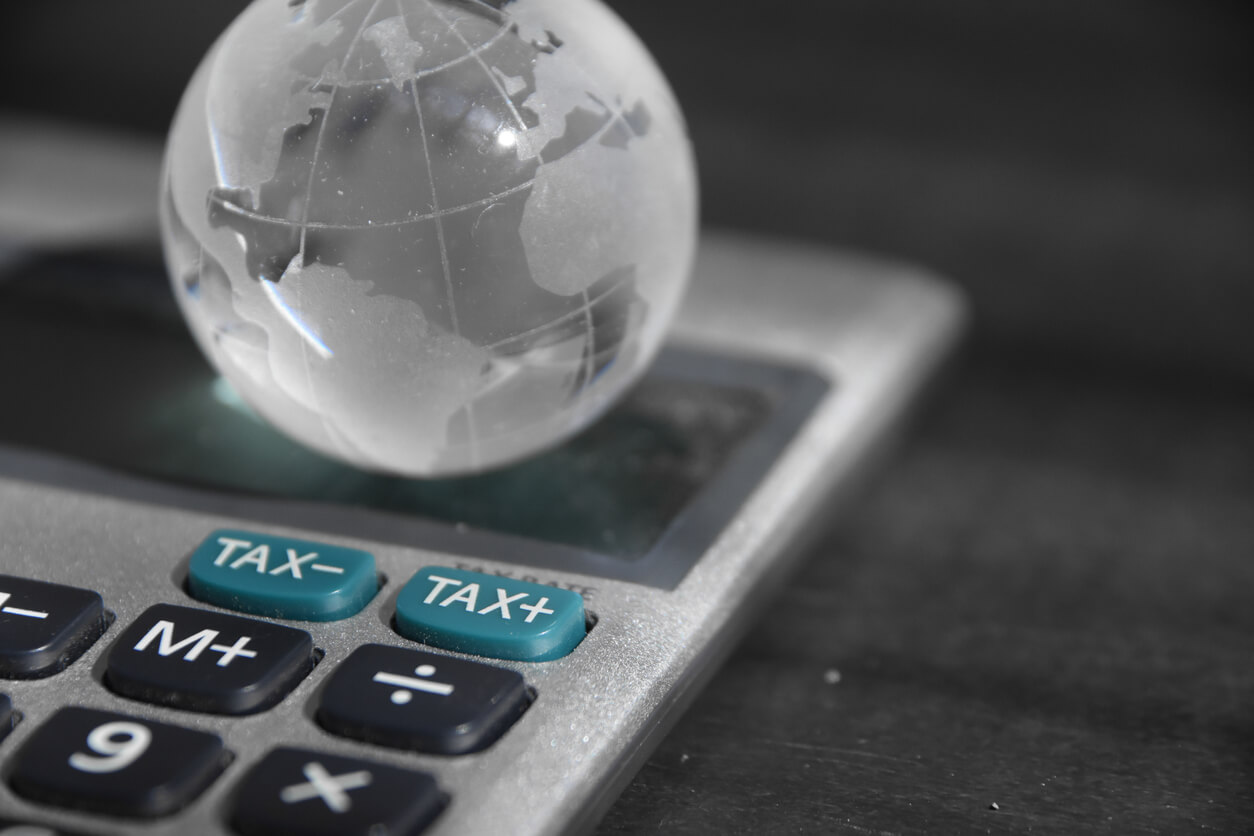 The Federal Reserve continues to drive a hawkish monetary policy stance. A 75 basis points hike to bring the Fed Funds Range to 3.00%/3.25% was fully expected (even if some had been looking for 100bps). However, the main moves were taken from the monetary policy projections (the “dot plots”). The remaining two meetings of 2022 could contain another 125bps of hikes towards 4.50%. The terminal rate is expected to be 4.60% in 2023 before rate cuts begin in 2024. This was all more aggressive than money markets had been pricing before the meeting. Powell also said that rates are likely to get to levels seen in the dot plot.

The market reaction to all this has been to invert the yield curve even more. The 2yr yield has jumped to 4.12% whilst the 10yr yield has dropped to 3.55%. This is the bond market seriously worried about longer-term growth prospects. Subsequently, commodities prices have fallen along with equity markets. The big winner was again the USD which has driven key breakdowns on EUR/USD, GBP/USD and AUD/USD, whilst USD/JPY has broken higher. The JPY was also volatile overnight on the Bank of Japan decision (dovish again) but is especially weak now. The Swiss National Bank hiked by 75bps as expected this morning. This has driven initial selling pressure through the CHF.

We continue the deluge of central banks today with the Bank of England being the key announcement on the economic calendar. The Monetary Policy Committee is expected to hike by 50 basis points and the message of further hikes will be the main takeaway. For the US data, the US Current Account deficit is expected to have reduced slightly in Q2. Weekly Jobless Claims are expected to have increased slightly. This would be the first weekly increase in six weeks, but interestingly claims have been lower than expectations for seven weeks in a row.

Market sentiment dives: The USD is pretty much the only asset not being sold today. Everything else, including other major forex, commodities, indices and crypto is lower.

Treasury yields are rising: Crucially though, there is a significant “Bear flattening” with the yield curve ever more inverted. The 2s/10s spread is now -55bps. This is the bond market flashing the red warning sign that recession is looming.

The Bank of Japan remains dovish: The BoJ has maintained its dovish stance of ultra-low interest rates. It left the interest rate at -0.10% and the 10-year government bond yield target at 0%. The decision was unanimous. In the statement, the BoJ said that it expects rates to “remain at their present or lower levels”.

The Swiss National Bank hikes as expected: The SNB has hiked rates by 75 basis points to +0.50%. This was where the consensus expected. The CHF has fallen sharply on this decision.

Cryptocurrencies sell off again: Risk-off trading continues to drive crypto lower. Bitcoin is now decisively below $19000 and is down -0.5% today. Ethereum is down over -3% at $1272.

Broad outlook: Risk appetite has dived across major markets. However, it will be interesting to see how long a minor initial kickback against this move can last.

Forex: USD has been a key outperformer, but there has been a minor unwind of this move as the European session has developed. EUR and GBP have rebounded. 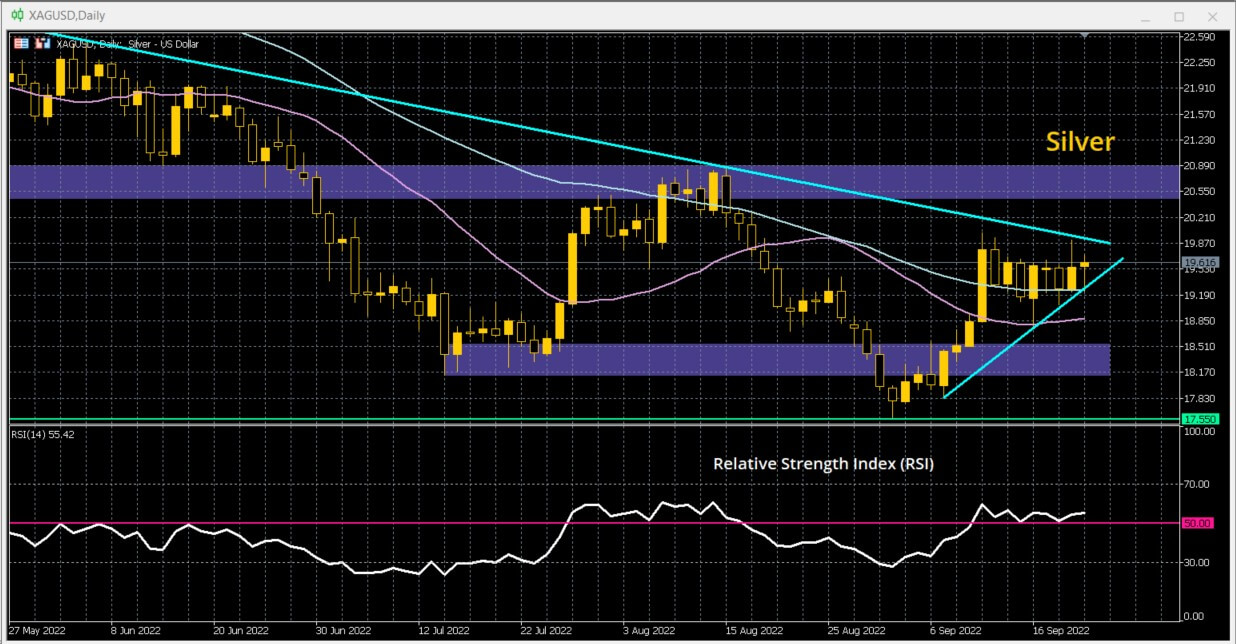 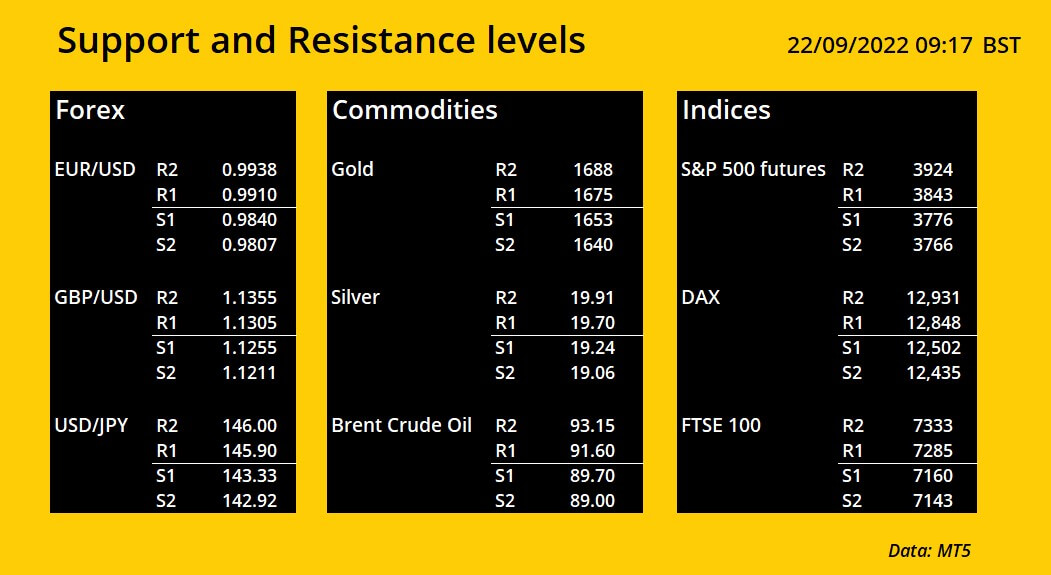