There is a more cautious feel to major markets in the past 24 hours. A strengthening USD is being bolstered in the wake of the FOMC minutes whilst profit-taking is threatening indices.&nbsp; 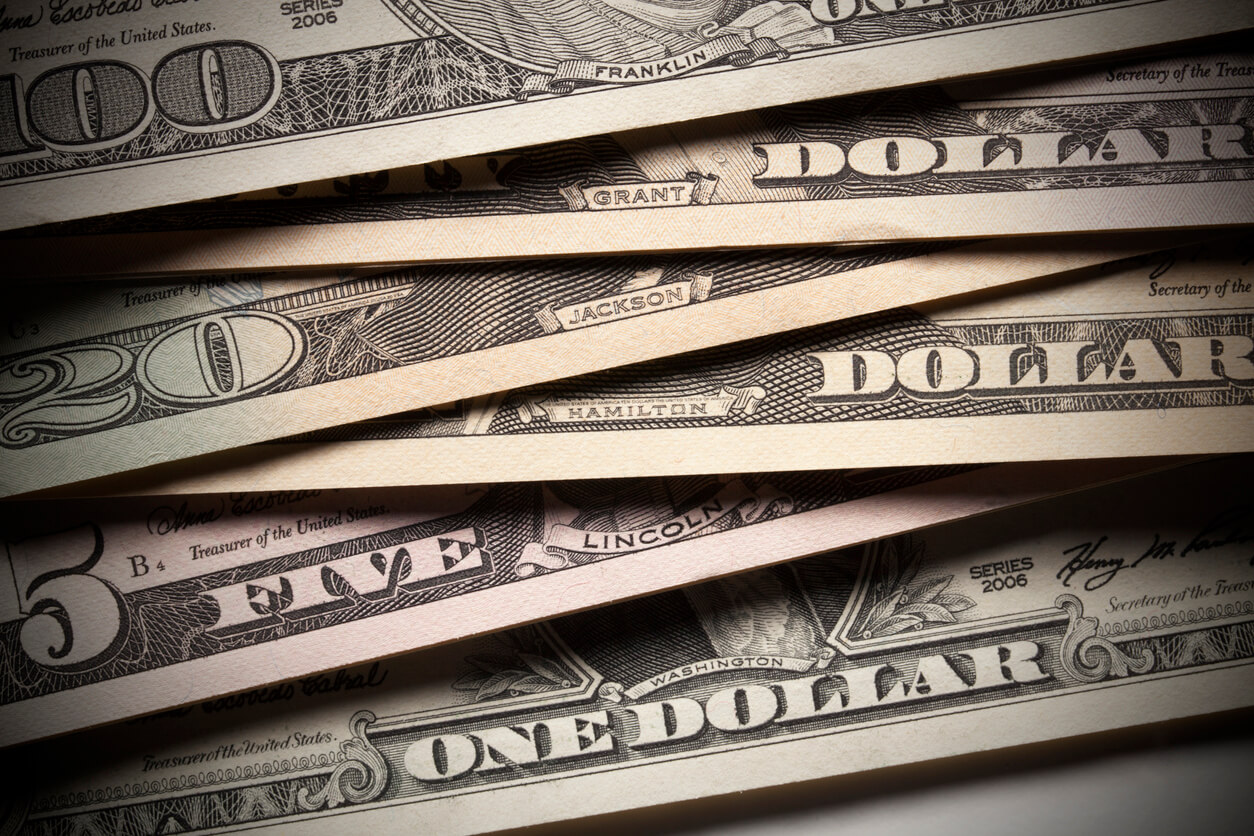 There is a growing bias towards supporting the USD once more. The move started over the weekend and has developed throughout this week, helped by a series of negative shocks in economic data from China and the Eurozone. However, even in the wake of the FOMC minutes which could be taken as holding a dovish lean, the USD is holding firm. This continues a cautious feel to commodities, whilst some cracks are starting to appear in the recovery on indices.

There is Final Eurozone inflation and some lower-tier US data on the economic calendar today. Final Eurozone HICP inflation is not expected to show any revision. Flash inflation increased by +0.3% on both core and headline measures. The US data starts with Weekly Jobless Claims which are expected to continue to increase. The Philly Fed Manufacturing survey is expected to improve although remains in negative territory. Since the New York Fed data dropped alarmingly earlier in the week, this will take on added interest. The Existing Home Sales are expected to follow other housing data and reflect the continued slowdown in the housing market.

Market sentiment remains cautious: There is no decisive trend formation yet, but a stronger dollar tends to come with less positive sentiment. A pullback on Wall Street is in its infancy but if it is not checked, it could turn into a more considerable retracement.

Treasury yields tick higher: Yields fluctuated during yesterday’s session, but there is a bias towards higher yields again.

FOMC minutes arguably reflect a dovish lean: “All” participants agreed to a +75bps hike. “Some” participants believed that interest rates would need to be sufficiently restrictive and stay there for some time. “Many” saw the risk that the Fed could tighten more than necessary. It is this last bit that suggests maybe a feeling that they do not want to push into the territory of over-tightening. It may mean lower peak rates.

Australian unemployment falls more than expected: Unemployment has fallen to 3.4% which was lower than the forecast of 3.5%. However, the Employment Change number fell and the participation rate fell unexpectedly to 66.4% (from 66.8%).

Cryptocurrencies continue to move lower: Bitcoin has now fallen in each of the past four sessions. The price is all but flat this morning at $23400.

Broad outlook: A USD positive and mild risk-negative bias continues. This is starting to weigh on indices.

Forex: USD is performing once more, with NZD again underperforming. There is little direction on forex away from USD pairs.

Commodities: Precious metals continue to pull back, whilst oil is struggling to sustain any recovery momentum. 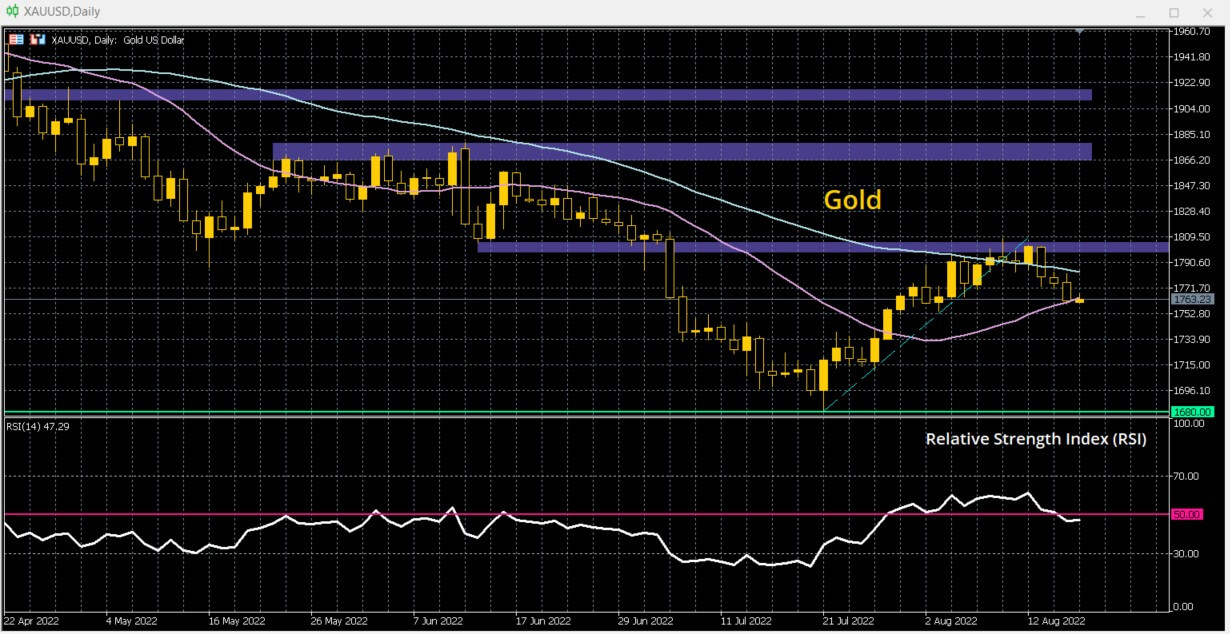 Indices: US futures are pulling back near term. This has weighed on European indices. 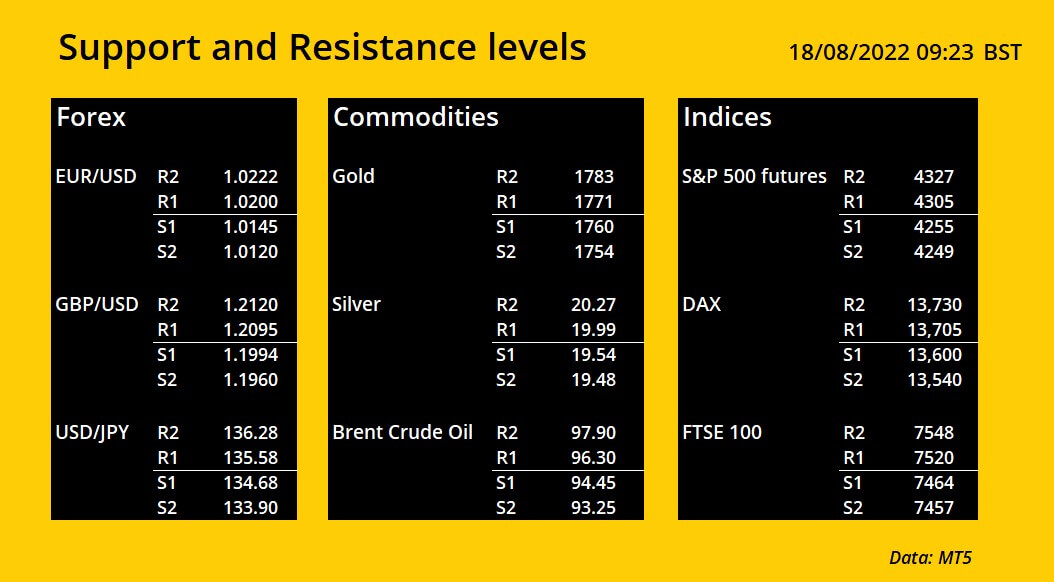