With the PBoC cutting its reserve requirement ratio there has been a move lower in the USD and a reaction higher in commodities. This is helping equities to rebound too. 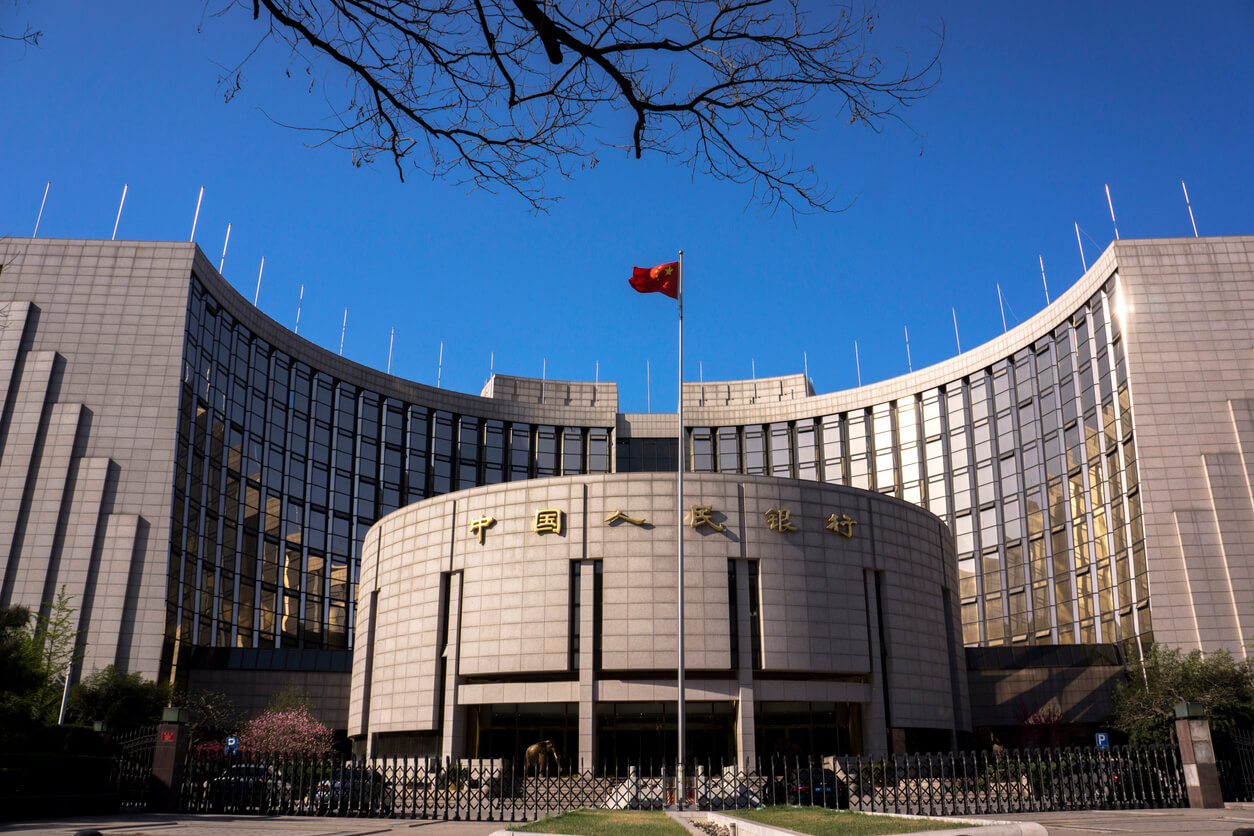 Market sentiment looked more settled yesterday (with the US on a public holiday). There is also more of a constructive outlook for risk appetite that has formed this morning. This comes after Monday’s announcement by the People’s Bank of China that it would cut its reserve requirement ratio. From the 15th of September to RRR will be 6%, rather than the current 8%. This helps to free up funds for financial institutions and is seen as a risk-positive move. It has weighed on the USD, helped commodities higher and boosted equity markets.

The risk-positive sentiment is evident again this morning as the EUR and GBP engage in near-term recoveries. GBP is also in the spotlight on the day that a new Prime Minister takes office. Liz Truss has a huge job on her hands and the UK economy is in a parlous state, but for today, there is a positive view of GBP. The AUD is also in focus after the Reserve Bank of Australia hiked by +50bps as expected.

The ISM Non-Manufacturing is the key announcement on the economic calendar today. The survey has been delayed for a day due to the Labor Day public holiday. Consensus is expecting a small reduction, but still, one that remains in solid expansion (unlike the services PMIs of European countries).

Market sentiment improves: USD and especially JPY are underperformers in forex. Metals are rebounding well and European indices are also solidly higher as US futures rebound by around +1%.

Treasury yields edge back higher: After falling on Friday and US bond markets being shut yesterday, yields are ticking back slightly higher this morning.

RBA hikes by 50bps The Reserve Bank of Australia has increased its interest rate by 50 basis points to 2.35% (from 1.85%). This was as expected. The RBA has also reaffirmed guidance that further hikes can be expected but not on a preset path. AUD is underperforming major forex slightly this morning.

OPEC+ agree to a small production cut: OPEC+ has agreed to a small oil production cut of 100,000 barrels in October. The move is to address the exaggerated price moves in oil. The oil price has fallen slightly on the news.

German Factory Orders decline again: Order books continue to deteriorate in July. A decline of -1.1% (after -0.3% in June) which was worse than the -0.5% reduction expected.

China’s PBoC cuts the RRR by 2%: The People’s Bank of China has cut the reserve requirement ratio from 8% to 6%. This reduces the amount of FX reserves that financial institutions are required to hold. This increases liquidity and supports risk appetite.

A new UK Prime Minister: Liz Truss won the Conservative Party leadership election and will replace Boris Johnson as Prime Minister. Truss secured 81326 votes (versus Rishi Sunak’s 60399), voters are registered Conservative Party members. With a total UK electorate of 47.6m, this means that just 0.0017% of the UK electorate voted for the new prime minister (although the UK does have a Parliamentary democracy).

Cryptocurrencies rebound with the risk rebound: There has been a tick higher on Bitcoin this morning. However, this continues the run of daily fluctuating swings in the price which remains a shade below $20000.

Broad outlook: USD is slipping against major forex. This is helping commodities and indices higher. 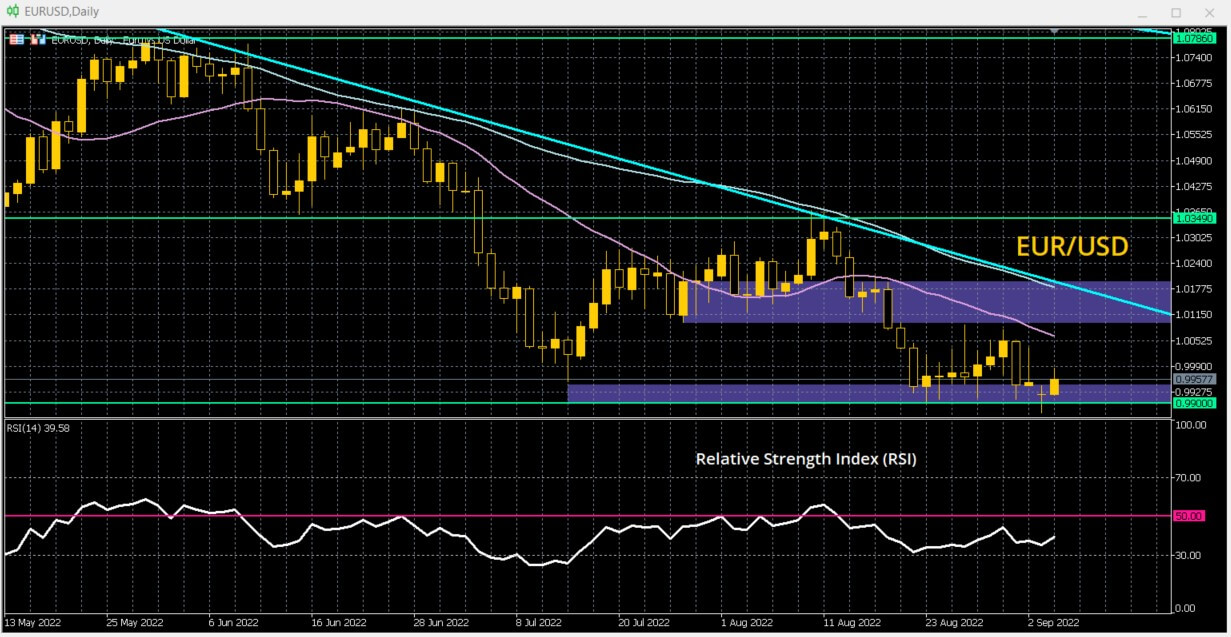 Indices: A rebound looks slightly sluggish on US futures. Although European indices have formed support the recovery traction is also a struggle. 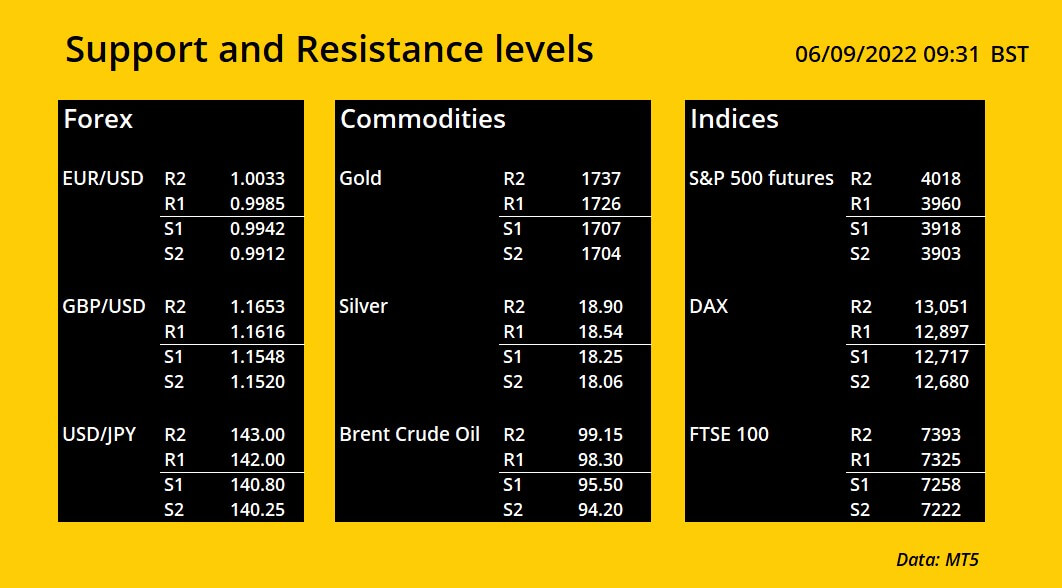