Broad sentiment in major markets remains cautious as the focus remains on the economic impact of high levels of inflation. The USD strength and corrective outlook on indices reflect this. 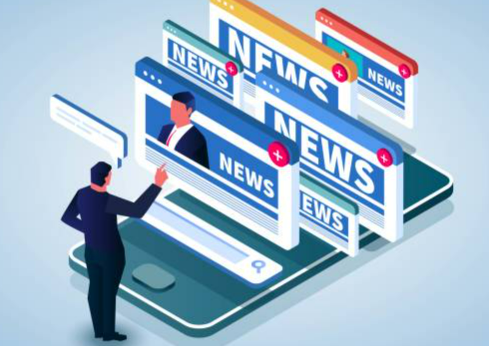 Broad sentiment remains cautious, bordering on negative. This comes as inflation fears remain at the forefront of the minds of traders. The Reserve Bank of New Zealand surprised the market by hiking by 50bps this morning in an attempt to tackle rising inflation. However, after an initial spike higher, the New Zealand dollar has fallen sharply. Despite the aggressive move to tighten rates now, the RBNZ has not increased the 3.25% peak in the forecast for 2023. UK inflation continues to drive higher than market expectations, as the headline CPI has jumped to 7%. Official forecasts are expecting it to move even higher in the coming months.

All the while, the recent trends of subdued risk appetite continue to run through markets. The USD is strengthening once more amongst major forex. In commodities, we see precious metals supported and looking to move higher, whilst indices are struggling for any recovery momentum this morning.

The economic calendar is focused on inflation and rate hikes again. The US PPI is expected to rise on both a headline basis but hold steady at a core level, and any sign of higher than expected inflation pressures could help to drive bond yields back higher again and support the USD. The Bank of Canada is fully expected to hike by +50 basis points today but the question is of the message that goes with it. Guiding for further aggressive hikes should help to support the Canadian dollar (CAD).

Market sentiment cautious again: European indices are struggling for any recovery momentum after yesterday’s selling pressure. The USD is outperforming and precious metals are supported.

Treasury yields moving back higher again: Yields fell yesterday after the core US CPI showed signs of peaking. However, yields are back higher once more today. The widening of the 2s/10s spread continues, now up to 34 basis points (having been negative just over a week ago.

The Reserve Bank of New Zealand surprises with a +50bps hike: The consensus was looking for just +25bps but the RBNZ has increased rates to 1.50% (from 1.00%). The +50bps move was referred to as a policy path of “least regret”. However, despite the surprise, initial NZD gains have turned into sharp losses. The RBNZ hike also came with no change to the 3.25% peak forecast for 2023. A more aggressive hike now may mean a more neutral rate sooner (estimated to be c. 2%).

China trade surplus of +$47.4bn: A fall from $116.0bn in February has come in above the +$22.4bn surplus expected. However, this appears largely down to much lower than expected imports.

UK inflation comes in higher than expected: UK CPI has jumped to 7.0% in March on the headline basis, with core CPI up to 5.7%. Both measures came in ahead of consensus forecasts of 6.7% and 5.4% respectively. This has done little to support GBP this morning.

Cryptocurrency trying to build support: After recent corrective pressure and selling intraday rallies, Bitcoin is ticking higher this morning. Holding back above $40,000 is needed to build the confidence of support once more.

Broad outlook: Market sentiment has been deteriorating and remains cautious again this morning.

Forex: The USD remains the main outperformer today, with a sell-off on the NZD and AUD as the key movers.

Commodities: Precious metals continue to move higher, whilst the oil rebound is bumping up against resistance.

Indices: Markets continue to build on the run of lower highs and lower lows. FTSE 100 continues to buck the trend.