Markets continue to trade with a risk-negative bias. This is driving commodities and increasingly indices lower. A strengthening USD is playing out especially against European forex as EUR/USD falls below parity. 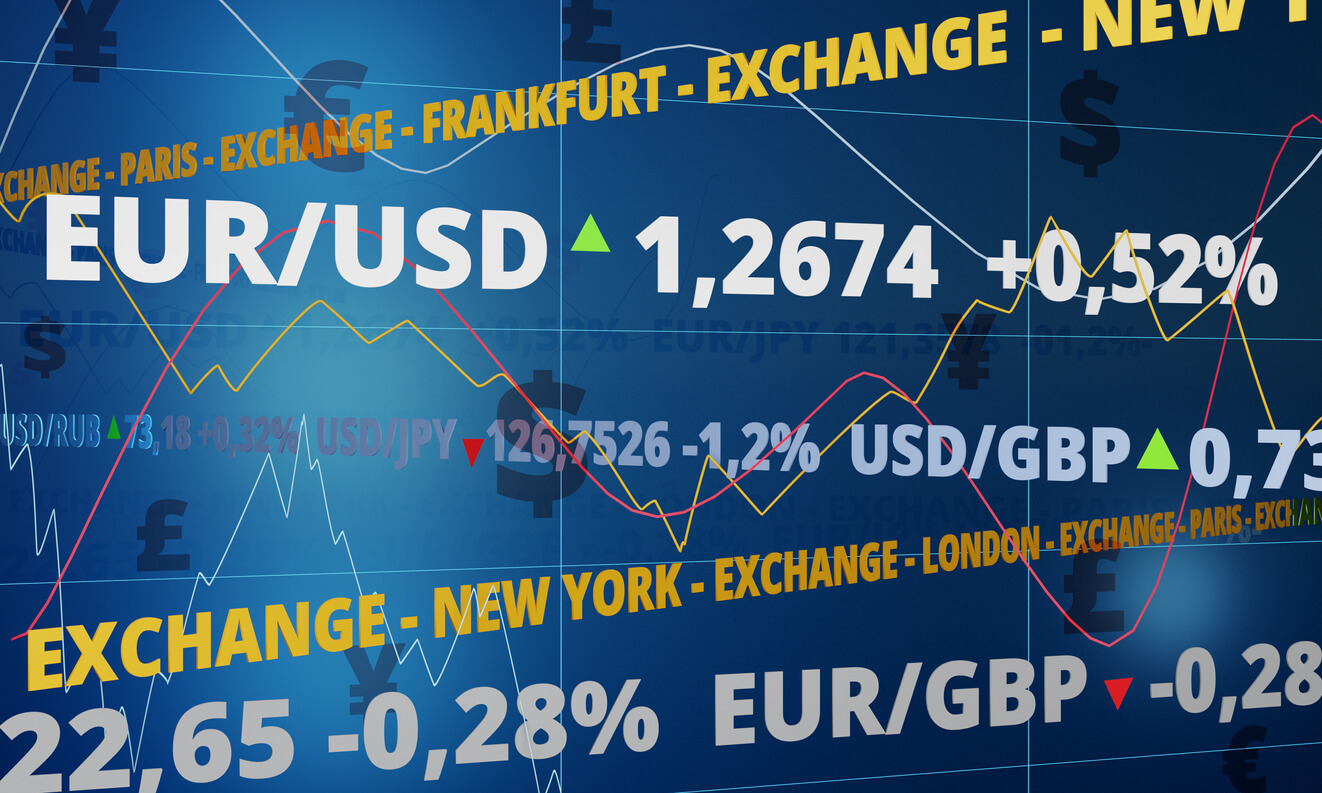 There are mounting fears of recession, where the high cost of energy prices are biting businesses and consumers in major economies. The primary region where markets are reacting is Europe, a region heavy with energy-consuming countries. In recent days we have seen the EUR and GBP falling hard. EUR/USD fell to parity in July only for a technical rally to set in. It has taken about a month but the pair has fallen back once more, and the move looks decisive. GBP/USD has also fallen hard, below 1.1760 to levels not seen since the spike lows of the initial reaction to COVID. The German DAX index also fell hard yesterday, losing 2.4% on the day (admittedly only slightly more than Wall Street). The corrective momentum is growing on indices.

Today’s focus is on the outlook for growth in August, with the flash PMIs. Already we have seen disappointing moves into contraction (unexpectedly) in Australia and Japan. Only the US is expected to see its Composite PMI now picking up. If this is shown in the actuals it would exacerbate the premise of US economic outperformance and help to bolster the performance of the USD.

It is a day packed with flash PMIs on the economic calendar. The UK flash PMI is expected to show a continued trend of deterioration in August, albeit still mildly in expansion territory above 50. The US flash PMI is expected to improve in August but still to remain marginally in contraction below 50. Elsewhere for US data, analysts are looking for New Home Sales to continue the trend of faltering housing data. Also, the Richmond Fed Manufacturing will be watched too.

Treasury yields a shade lower: Yields have not reacted too much, only falling slightly this morning.

Australian flash PMIs fall into contraction: The August flash Composite PMI has fallen to 49.8 which is a shade into contraction territory (below 50). This was from the July level of 51.1 and missed estimates of 50.9.

Japanese flash PMIs slip into contraction: The Japanese Composite PMI has also fallen below 50 to 48.9 in August from 50.2. This comes despite the expectation of a slight improvement to 50.9.

Eurozone flash PMIs deteriorate but are not as bad as expected: The Composite PMI has fallen to 49.2 (from 49.9) This was slightly better than the 49.0 expected.

Oil rebounds on Saudi output comments: The Saudi energy minister has said that OPEC+ may need to lower production to stabilise the market. The oil price has jumped on this news.

US Dollar Index testing its highs: The Dollar Index has rallied strongly in recent sessions and is now testing the multi-year high of 109.29 this morning.

Cryptocurrencies are relatively stable, for now: Despite the risk aversion, cryptocurrencies have held ground. There is a threat of a rebound coming as Bitcoin has bounced by +1.5% this morning, back to $21400.

Broad outlook: A risk negative and USD positive bias remains, even if there is a slight pause this morning.

Forex: USD is easing back very slightly, with the commodity currencies performing well (a higher oil price is helping CAD to outperform). 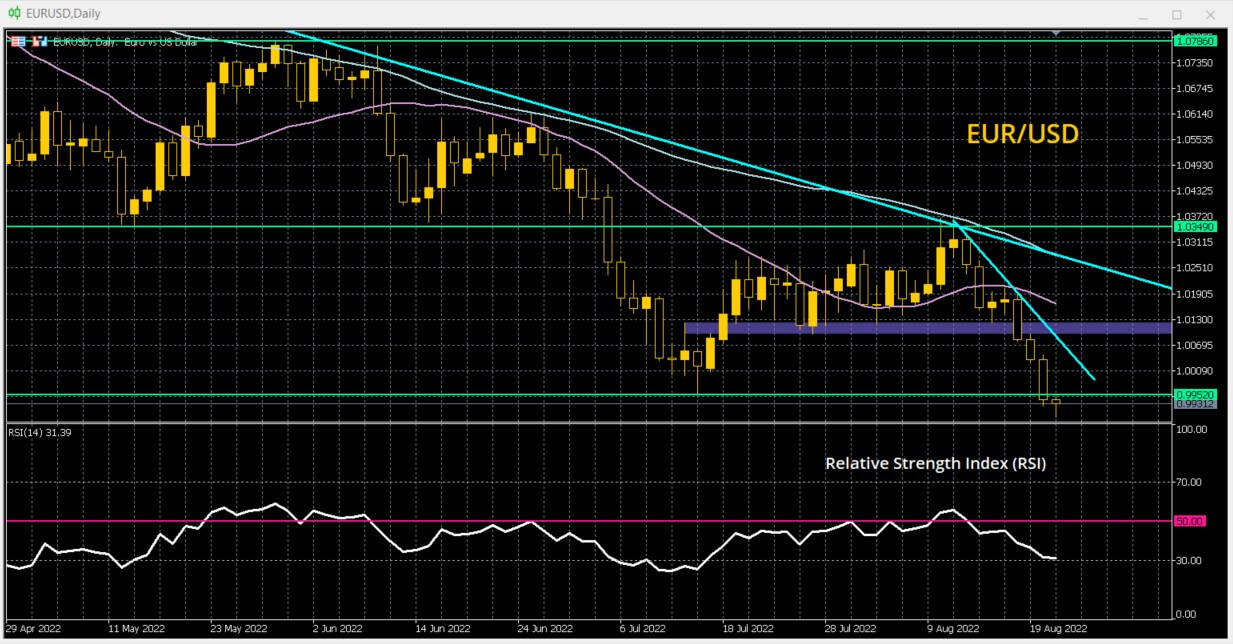 Indices: US futures have been falling sharply. There is a near-term rebound that is forming today, but can it hold? 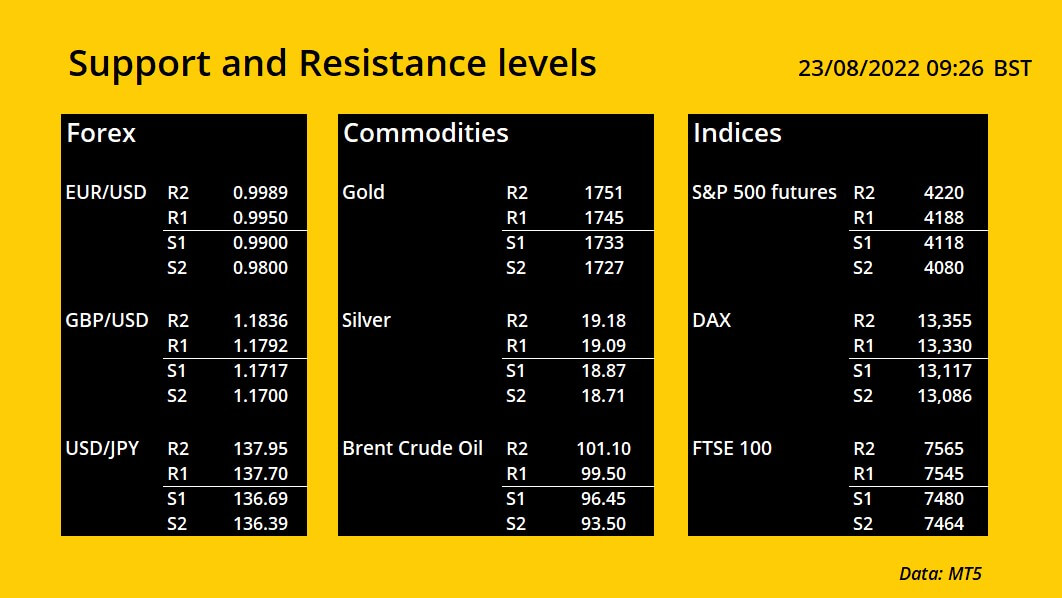