Markets are reacting to the news overnight of a Russian attack on a Ukrainian nuclear power plant. There is a key negative risk bias ahead of the US jobs report later.&nbsp;&nbsp; 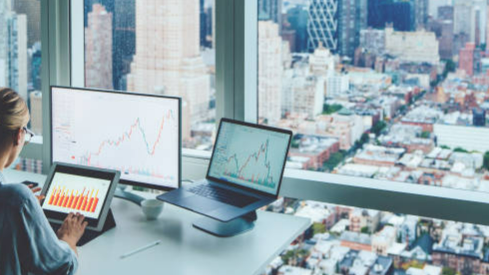 European traders are reacting to the news overnight that Russian forces have attacked a Ukrainian power plant. Although fire has reportedly been contained, the broader implications of this show the depths that Putin’s Russian military will go to in this war with Ukraine. Apparently, risking a nuclear disaster in eastern Europe is part of the Russian war strategy.

Major markets subsequently risk negative once more, with a focus on selling European assets. European indices are falling and continue to underperform Wall Street, whilst the euro and to a slightly lesser extent, Swiss franc and British pound are also being sold.

For data traders, the payrolls report will be key today. Traders are looking for 400,000, but anything considerably better (maybe north of 500,000) would be USD positive, especially if it comes with stronger wages growth.

Sentiment increasingly negative: Markets are reacting negatively to the news of an attack on a Russian nuclear power plant. Anything European focused is coming under pressure. Indices are lower and the EUR is underperforming again. AUD and NZD are the big outperformers in the forex majors.

Treasury yields have moved lower again: A flight to safety has driven US yields lower once more. Although they are off earlier lows, the US 10 year yield is down -3bps. [Sentiment negative]

US/Iran nuclear deal needs extra work: Talks are ongoing and there are outstanding issues that need to be resolved. However, US officials have noted significant progress in the talks. EU officials have said that they are in the final stages. [Potentially corrective for oil]

Oil price is steady: The lack of progress in the US/Iranian talks contributed to oil’s spike higher in recent days, but the price is steady this morning.

UK/EU post-Brexit trade talks: Reports suggest that the UK is unlikely to trigger Article 16 ahead of elections that are taking place in Northern Ireland in May. The Ukraine war is a factor.

Cryptocurrency continues to fall back: Bitcoin is lower again this morning, back below $41,000.

Broad outlook: Sentiment is negative once more across asset classes.

Forex: EUR remains the main underperformer with GBP and CHF also negative. AUD and NAZD are the big outperforming currencies.