Markets have become more settled in the past few days. A mixed set of FOMC minutes have played into the caution. However, traders will be looking towards today’s US CPI inflation to be the next big risk event that drives sentiment. 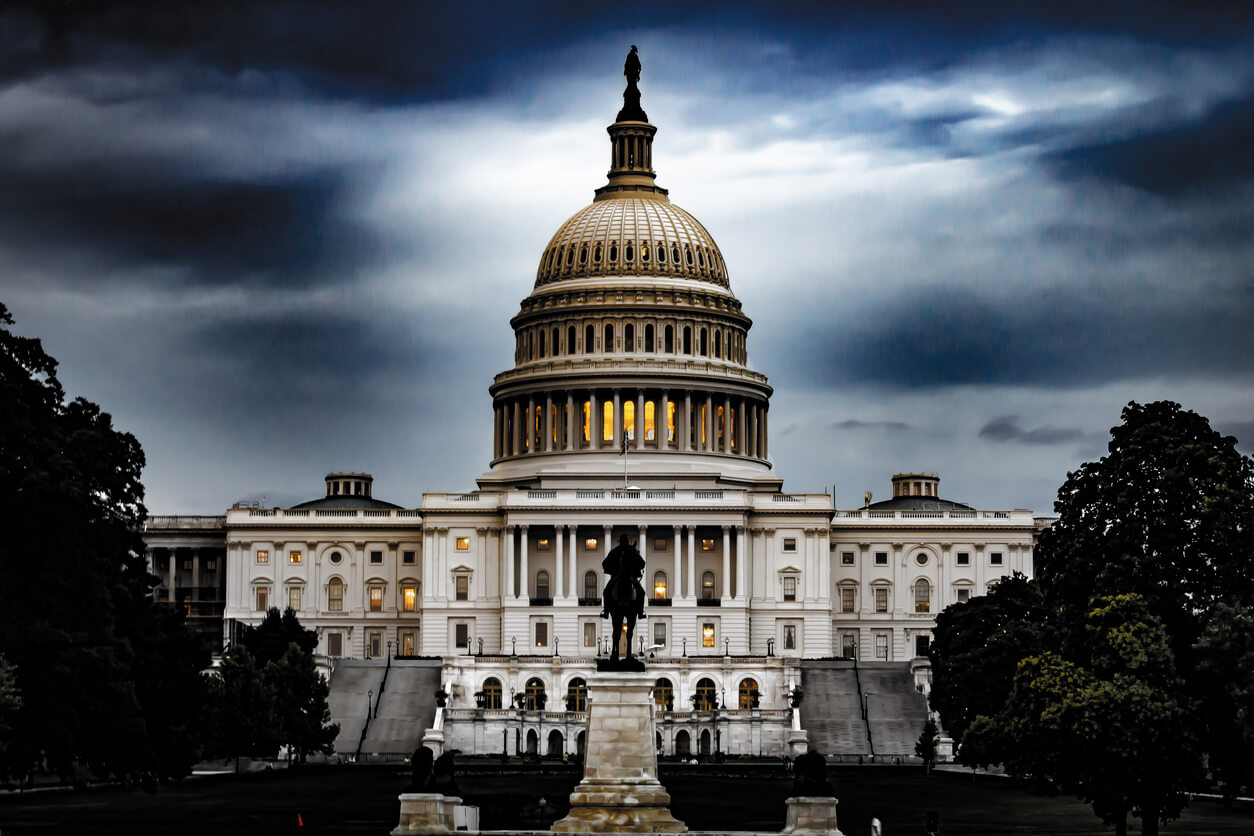 There has been a gradual sense of consolidation that has taken over major markets in the past few days. As Treasury yields have consolidated the recent rise, the USD has lost some of its upside momentum, even if there is still a mild USD positive bias that is hinting this morning. Last night’s FOMC minutes did little to shed any new light on rate moves. It is probably understandable, with the minutes being three weeks old. In the meantime, markets have been digesting an avalanche of Fed speakers that have been arguing for further aggressive rate hikes and maintaining elevated rates well into 2023. It was though interesting to see “several” FOMC members mindful of the impact of tight rates on the economy.

The eyes now look forward to the big risk event of the week. The US CPI caused significant volatility and a rushing flood towards the USD last month. Any upside surprises today could see a similar move. Ahead of the data, despite the recent consolidation, the USD is still slightly positive and risk appetite retains a negative bias. This is weighing on precious metals and European indices this morning.

US inflation is the key risk event on the economic calendar today. The US CPI is expected to show a headline decline, but the core inflation to increase. This was also the trend of expectation last month, but the headline stayed flat whilst core inflation increased more than expected. Any repeat of this upside surprise would likely cause already volatile markets to have a risk appetite tailspin once more. Weekly jobless claims jumped considerably higher than expected last week. With another rise expected, markets will be subsequently keeping a close eye on whether last week was merely a one-off.

Market sentiment is slightly negative amidst the recent consolidation: There is an edge of USD positive and risk negative bias today.

Treasury yields rebound: Yields dropped slightly in the wake of the FOMC minutes, but have rebounded this morning. This is all still within the confines of this week’s consolidation.

FOMC minutes show continued tightening bias, but a bit mixed too: The minutes for the September meeting showed that many participants focused on the cost of not doing enough to lower inflation. Member “reaffirmed their strong commitment” to getting inflation down to the 2% target. Several members did stress that it was “important to calibrate” the pace of tightening so as not to damage the economy. These minutes do little to shape the path of future policy. Expectations on Fed Funds futures remain at 75bps for the November decision but then slightly slower at 50bps in December.

UK Prime Minister Truss advised to ditch the “mini-budget”: According to the Times, Truss has been told by her top advisors that she should “rip up” the mini-budget that has caused so much volatility and selling pressure on UK Gilts and GBP.

Chilean Central Bank hikes to the max: A unanimous decision to hike by 50bps to 11.25% was expected. However, the bank has also said that this is the maximum level in the current cycle. It will maintain the current level for as long as needed to reduce inflation back towards its target.

Cryptocurrencies tracking lower again: Yesterday’s rebound has proved to be short-lived. Bitcoin has fallen back by -1% to just below $19000, with Ethereum down almost -2% at $1274.

Broad outlook: Market sentiment is slightly negatively biased, but essentially remains in consolidation ahead of the US CPI.

Forex: USD and JPY are outperforming this morning (although JPY is rebounding from record lows versus USD).

Commodities: The recent sell-offs on precious metals are still consolidating with a minor tick higher in oil.

Indices: Selling momentum may have eased, but a negative bias remains on US futures. This is also a weight on European indices. 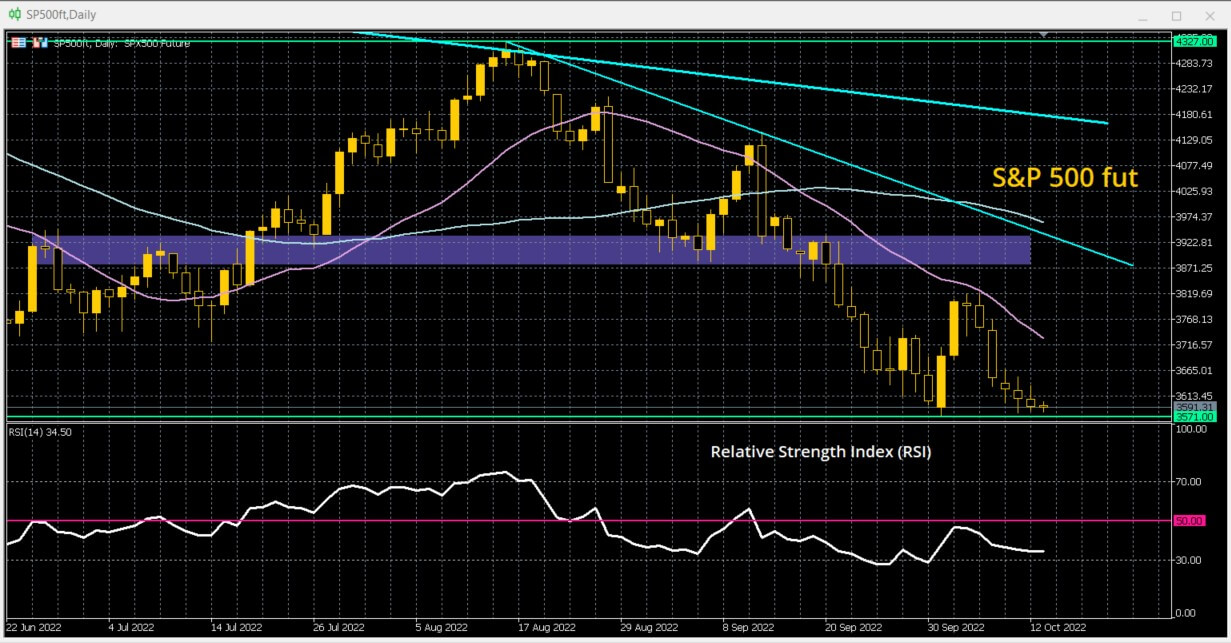 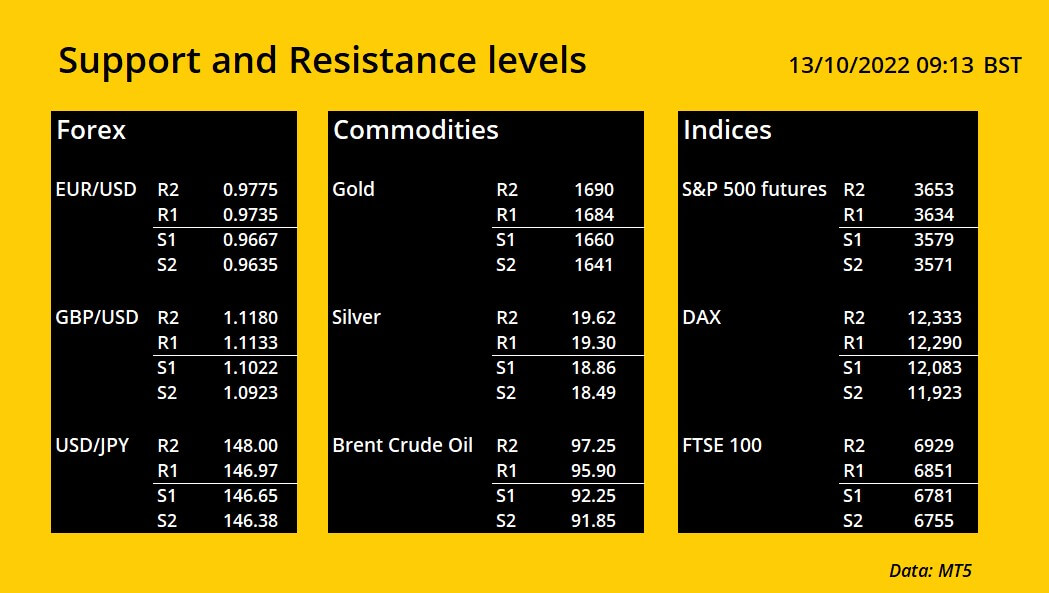