A huge intraday turnaround in the US session yesterday drove an enormous risk rally. The momentum of this move continues this morning. However, built on shaky ground it may be short-lived. 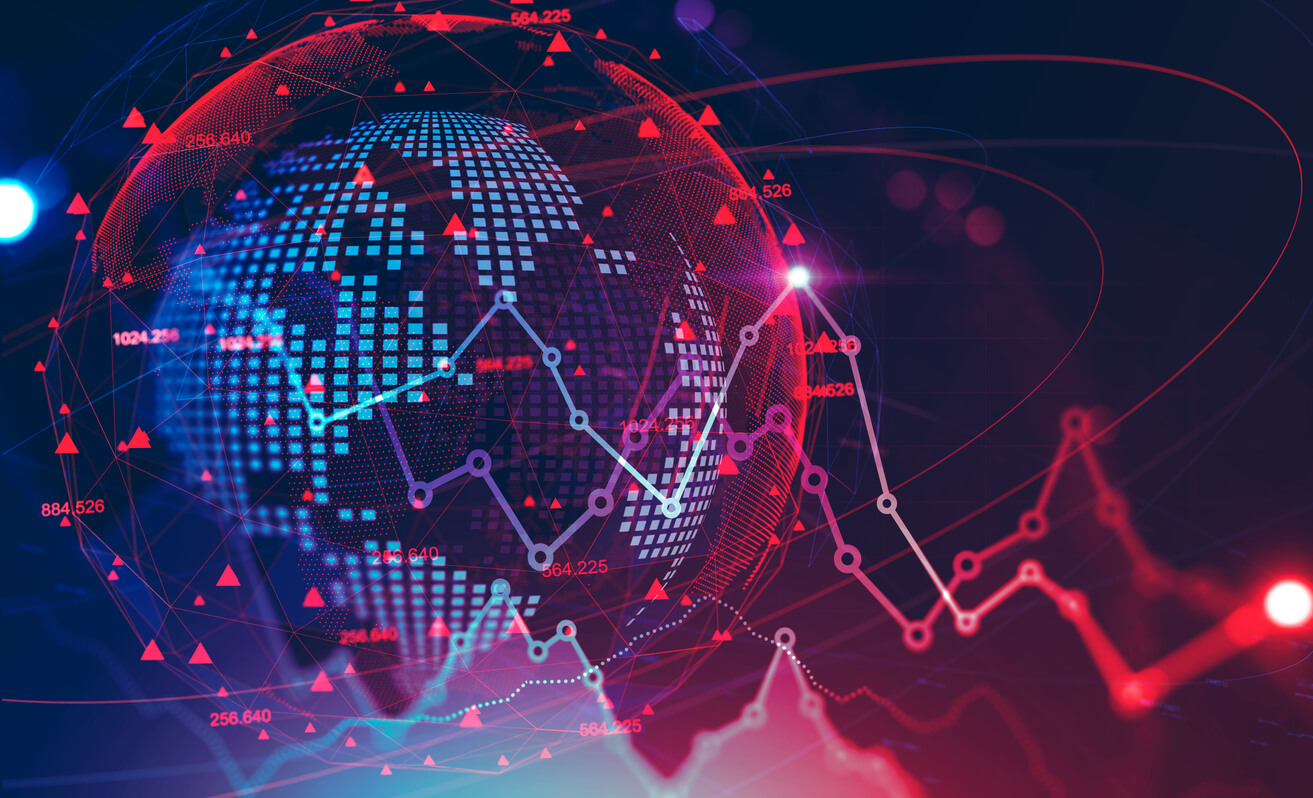 Another hotter-than-expected print on US CPI inflation initially sent markets into a tailspin of risk selling and USD strength. However, a massive intraday turnaround on Wall Street seemed to be the trigger for a risk recovery. There is little to attribute to the move. However, suggestions of short-covering (taking profits on index puts) seem to have been at least some of the cause. This drove a correction in the USD and commodities to rebound.

However, there is little change to the very worrying fundamental backdrop. The Fed will continue to be aggressive in its monetary policy and this will weigh heavily on the global economy and major assets. This rebound looks to be a knee-jerk move. This type of rally can retain momentum and there is a continuation this morning. However, built on shaky ground, they tend to falter and selling is likely to resume at some stage soon. It seems as though it is only a matter of when.

There are a couple of important tier-one US announcements for the US on the economic calendar today. Firstly, core US Retail Sales are expected to continue to decline in September. Michigan Sentiment is however expected to improve slightly in October. This is expected to be driven by improvements in both current conditions and expectations. However, after the latest hot CPI print, the Fed will be watching whether the Michigan survey shows consumer inflation expectations also increasing.

Market sentiment recovers, for now: Risk appetite has continued to rebound from yesterday’s remarkable recovery. However, already the USD is clawing back against EUR and especially GBP. The sentiment rebound may not last long.

China inflation increases as expected: The CPI increased to 2.8% in September, which was in line with the consensus forecast. A reduction in the PPI to +0.9% (from 2.3%) was slightly lower than the +1.0% expected.

UK political upheaval and speculation continues: The political outlook in the UK remains highly uncertain and full of speculation. Suggestions of a massive u-turn from the government on its shambolic “mini-budget” continue. Chancellor Kwarteng has returned to London a day early from the IMF conference in New York to try and salvage something from the mess. It is unclear what the fiscal outlook for the UK will look like in a week, or whether he still has a job.

Cryptocurrencies rebound with risk: As risk appetite staged a remarkable recovery yesterday, so did crypto. They are continuing the move this morning. Bitcoin is +1% at $19600 with Ethereum +2% at $1319.

Broad outlook: A risk recovery continues. The big question is for how long.

Forex: GBP is the main underperformer today. USD is weaker against the commodity currencies but is already showing signs of stabilising. 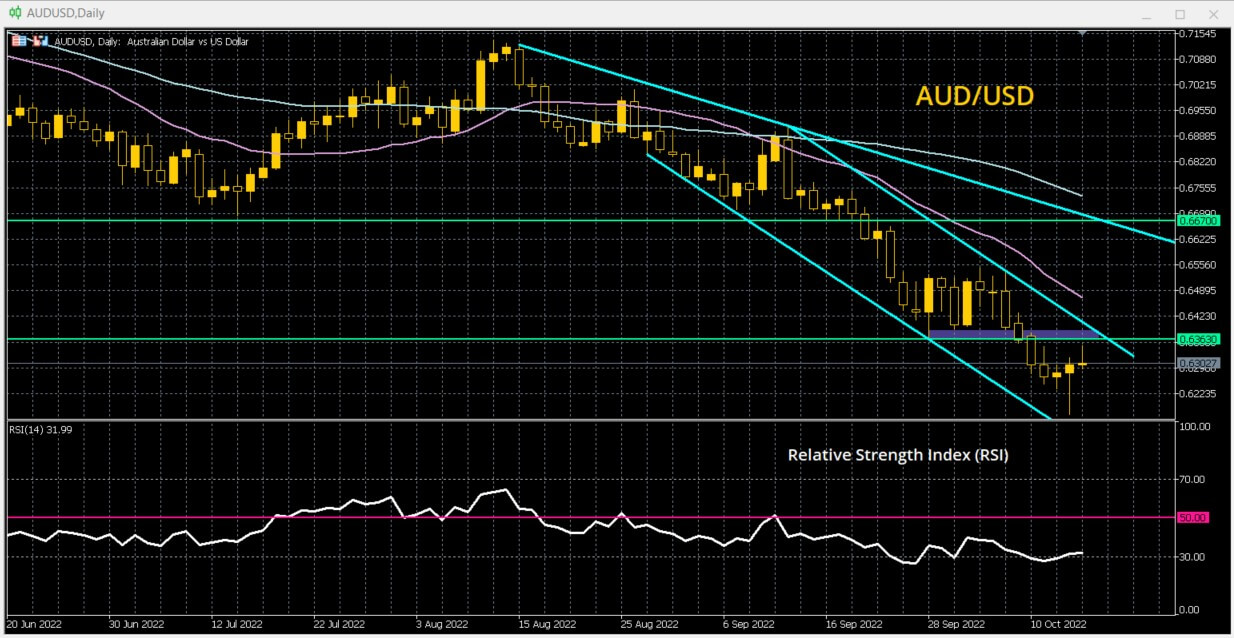 Commodities: The recent sell-offs on precious metals are still consolidating with a minor tick higher in oil.

Indices: Selling momentum may have eased, but a negative bias remains on US futures. This is also a weight on European indices. 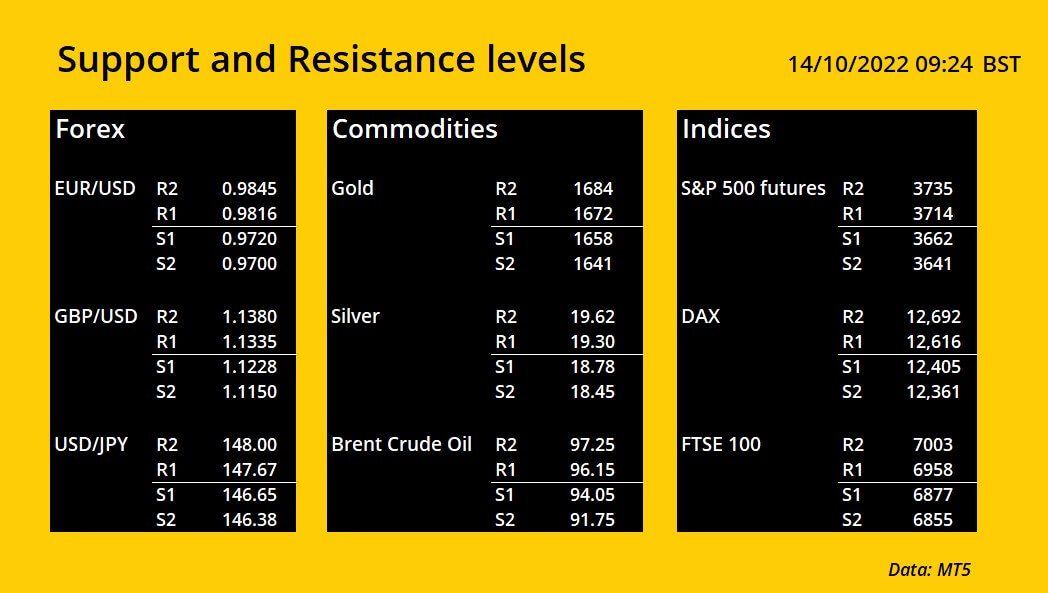