A near-term USD correction has petered out as US Treasury yields have again broken to multi-year highs. This renewing threat of USD strength is leaving markets nervous this morning.

After a risk rally took hold earlier in the week, there is a nervous feeling to markets that are taking hold once more. US Treasury yields are rising once more. There is little sign of a pivot away from the hawkish stance of the Federal Reserve and this is driving yields to multi-year highs. This is once more adding support to the USD and leaving a nervous feel to major market sentiment. The rebound in equity markets has rolled over and is now looking towards the downside once more. Similar moves are showing in precious metals as silver and gold turn lower.

It predominantly has lower-tier US data on the economic calendar today. The Philly Fed Manufacturing is expected to improve slightly, but remain solidly negative. Weekly Jobless Claims are expected to increase marginally, whilst Existing Home Sales are expected to add to the building picture of a deteriorating housing market in the US. Aside from that, we are looking out for as many as four FOMC speakers later in the US session.

Market sentiment turning sour again: Although there is no decisive selling pressure yet, caution is growing in major markets. USD strength is threatening again and there is a mild risk negative bias on major forex. Precious metals are fluctuating this morning along but European indices are edging lower and US futures are off.

Treasury yields breakout: A sharp move higher on yields has seen multi-year highs. The US 10-year was +12bps yesterday (plus another 4bps early today) taking it well above 4%.

Australian unemployment in line with consensus: Unemployment remained at 3.5% in September, as forecast. The participation rate also remained unchanged at 66.6%, as expected.

UK political turmoil continues: The Home Secretary (Suella Braverman) has quit on a breach of security for handling classified documents on a personal phone. Further turmoil came later with allegations of bullying of MPs to support the government and uncertainty over the position of the whips. The 30-year Gilt yield (a gauge of the political instability now) fell from 4.30% to under 4.00% the day. Even though yields are slightly higher this morning, it seems that markets are more interested in the more fiscally prudent reversal of the budget. GBP is trading fairly much in line with other major currencies (amidst renewing USD strength).

Fed’s Beige Book shows resilience: The US economy is holding up well, or at least is not showing any significant deterioration in activity. With pricing pressures still strong, there will be little reason for the Fed to pivot yet.

Cryptocurrencies have turned back lower again: After edging higher with risk appetite earlier in the week, the move has turned to edge lower. Bitcoin is marginally weaker by -0.3% at $19130, with Ethereum -0.2% at $1292.

Forex: The USD is mixed, but there is a mild underperformance of AUD and NZD, hinting at a risk-negative bias. EUR and GBP are finding support initially this morning. 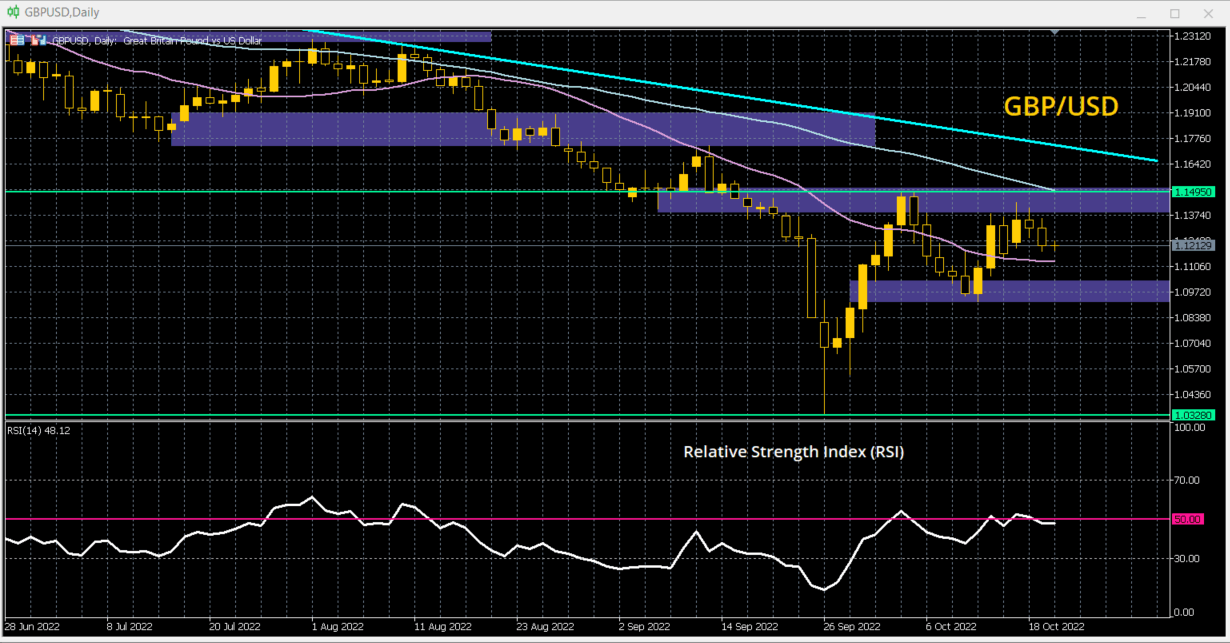 Commodities: Near-term rallies on precious metals are a chance to sell. Oil has rebounded well in a move that could be neutralising the outlook again.

Indices: A rally on Wall Street now struggling and is at risk of turning decisively lower again. This is weighing on European indices. 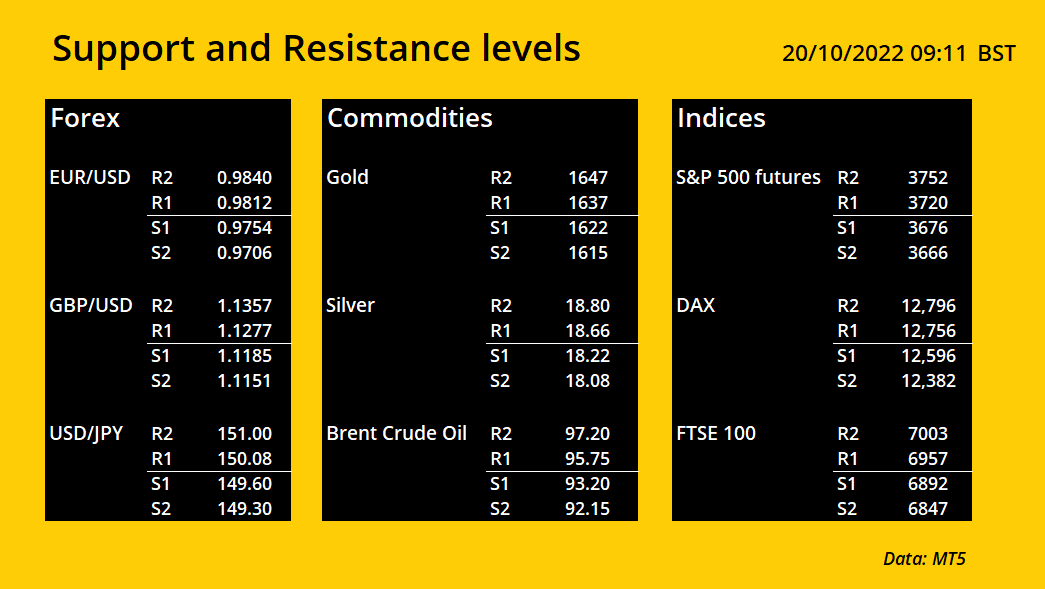