As US markets reopen following the Independence Day holiday, the threat of USD strength is re-emerging. There is still a mild positive bias to sentiment, but markets are looking cautious again. 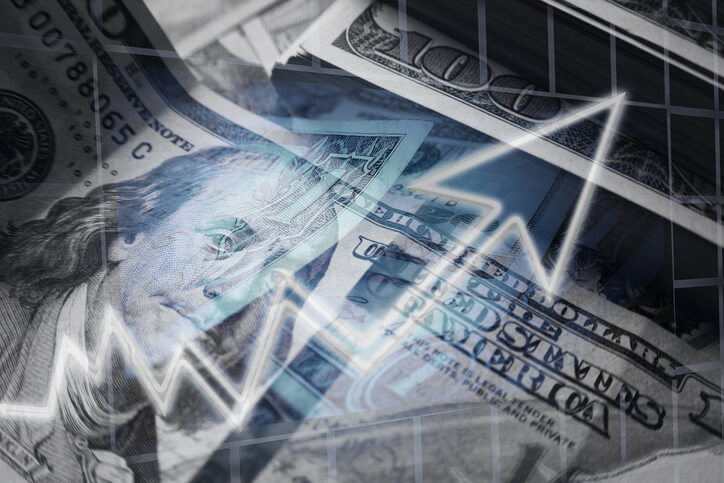 With US traders off for the Independence Day public holiday yesterday, major markets stuttered slightly. There has been a positive bias to sentiment since Wall Street rallied into the close on Friday to start Q3 off on the front foot. This positive bias remains, but there is a more cautious and somewhat tentative feel to it. How US traders react as they come back to their desks today could be very telling, as risk rallies have consistently been used as a chance to sell throughout 2022. It has not been a question of “if” the selling will resume, but “when”. The only change to this might be that with the beginning of Q3 and a clean slate, perhaps traders can approach things with a more positive mindset.

Already we are seeing the USD bulls waking up to flex their muscles this morning. A stronger USD has tended to go hand in hand with renewing negative risk appetite. The Reserve Bank of Australia hiked rates by 50 basis points early this morning. However, this was fully expected and with no new hawkish hints, we have seen the AUD falling back.

After the final PMIs for European countries this morning, the economic calendar turns to US data again. Today is fairly quiet, but the US Factory Orders for May will be watched. Month on Month orders are expected to grow by +0.5%.

Market sentiment is mixed as the USD strengthens again: A strengthening of the USD tends to come with negative risk appetite. However, European indices are mixed to slightly higher, whilst US futures are trading higher.

Caixin Services PMI jumps into expansion: The services PI is up to 54.5 with the composite PMI at 55.3. Both are well above expectations. This helps to support a more positive risk appetite.

Reserve Bank of Australia hikes by +50bps as expected: The increase to +1.35% (from +0.85%) was fully expected. The RBA said that while inflation was high, it is not as high as in other countries and is forecast to peak this year.

Eurozone final Composite PMI slight upward revision: The final PMIs were slightly revised higher. Services increased to 53.0 (from 52.8) and Composite to 52.0 (from 51.9)

Cryptocurrencies move higher: Crypto has been edging higher in recent days and continues to move higher today. Bitcoin has seen a positive close in the past couple of days and is higher again this morning. The price is +2% and is above $20,000.

Forex: The AUD is the main underperformer, with NZD not far behind. USD is outperforming major forex. Commodities: Precious metals remain a sell into strength, whilst oil is posting mixed signals in the range.

Indices: There is a slight positive bias to Wall Street in recent sessions, but European markets are struggling for traction.