The positive momentum of the risk recovery has eased overnight in the wake of a hawkish lean from Fed Chair Powell. This has reinvigorated the USD and is weighing on US equity futures. 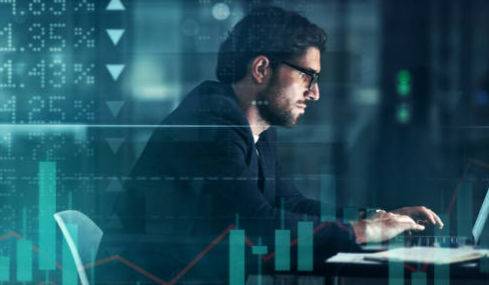 Market sentiment has been recovering well since the end of last week. Markets moved on a dovish hint from Fed Chair Powell on Thursday. However, in his latest speech last night, there were little other than hawkish hints. Markets are once more reacting. US yields have moved higher again and the USD has looked to regain some of the lost ground of recent days. US equity futures are pointing to a lower open today.

This now becomes a key moment for markets. Previously, risk rallies on the likes of the Aussie, Sterling, and equity indices have been seen as a chance to sell. If these rallies simply wilt once more and start breaking the supports formed in recent days, then selling pressure could take off once more.

The economic calendar is packed with tier one data today. Final Eurozone inflation is not expected to see any revisions, so may see a muted market impact. US Building Permits and Housing Starts are also fairly minor US housing data but are always worth watching for surprises. The Canadian inflation will certainly be interesting for CAD traders. Will it match US inflation with an upside surprise?

Market sentiment is starting to weaken again: A hawkish lean from Fed Chair Powell has nipped a risk recovery in the bud. USD is strengthening again, with US futures showing a rolling over on Wall Street this morning. Once more a risk deterioration is pulling cryptocurrencies lower.

Treasury yields have increased: After a few days of consolidation, Treasury yields moved higher yesterday in the wake of Fed Chair Powell’s speech (see below). The move has been held today.

Fed chair Powell leans hawkish: After markets reacted on Friday to a surprise dovish reference to a speech by the Fed Chair, there has been another reaction overnight. Powell’s speech yesterday was leaning back towards hawkish this time, discussing the focus on getting inflation down. He confirmed the broad support on the FOMC for two 50bps hikes in the June and July meetings. He also intends to get the rate back towards neutral by Q4, although they are not sure what neutral is (potentially c. 2.5%). However, they could go above neutral (moving to tight monetary conditions) to get inflation down.

AUD hit as Australian wage pressures ease: Rising wages have been a key factor in the more hawkish rhetoric from the Reserve Bank of Australia. However, wages increased less than expected in Q1, with YoY wage growth at +2.4% (up from 2.3% in Q4 but missing the 2.5% expected). This is weighing on AUD this morning.

UK inflation in line with expectations: Headline UK CPI has increased to 9.0% in April (from 7.0% in March). The sharp increase was expected and came in line with forecasts. Core CPI increased to 6.2% (from 5.7%) and was also in line.

Cryptocurrency faltering as risk appetite deteriorates again: Once more we are seeing a strong positive correlation between cryptocurrencies with risk appetite (and specifically the NASDAQ). NASDAQ futures are lower, and cryptos are falling back again. Bitcoin is c. -1.0% this morning and back below $30,000 once more.

One Fed speaker: the FOMC’s Patrick Harker is the only Fed speaker today. Harker is a voter in 2022 and 2023 and is broadly hawkish. His speech is at 2100BST.

Broad outlook: Sentiment has started to deteriorate once more. Leading to the USD performing well again which is impacting major forex and commodities. Indices are stalling.

Forex: JPY is performing strongly, along with the USD. GBP, EUR, and AUD are underperforming.

Commodities: Precious metals are looking shakey in recovery. Oil is stalling around the top of the seven-week range. 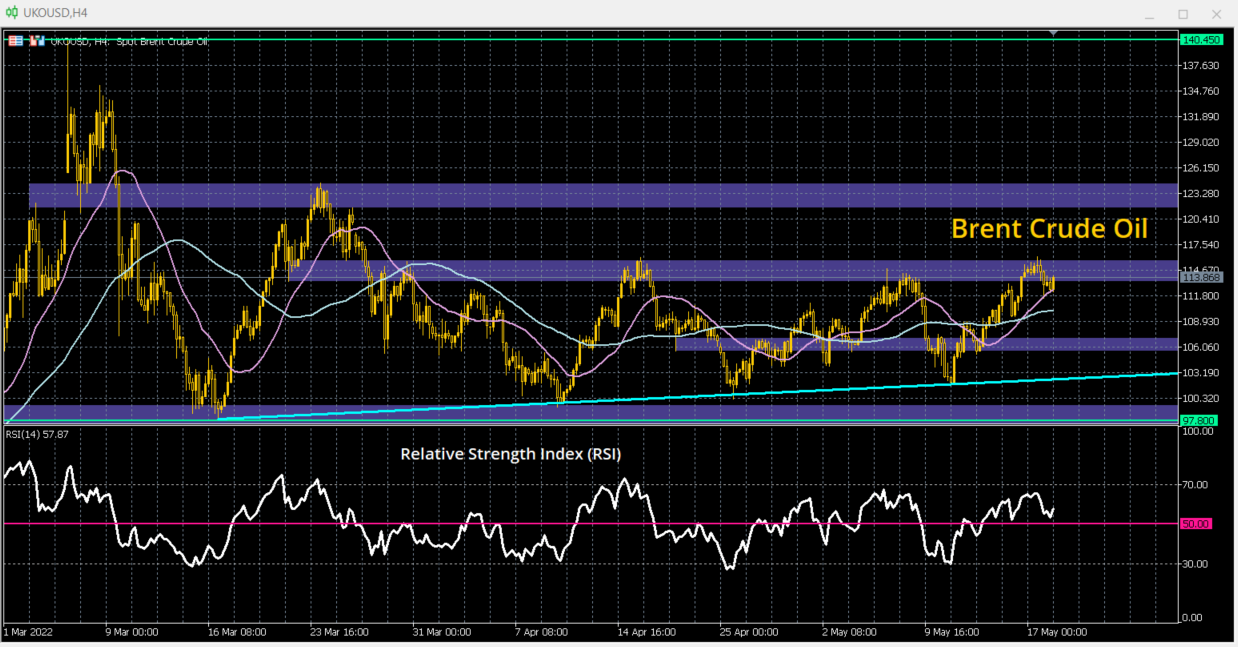 Indices: A decent recovery in recent days is looking more tentative now. Reaction in the coming days will be key for the near to medium-term outlook. 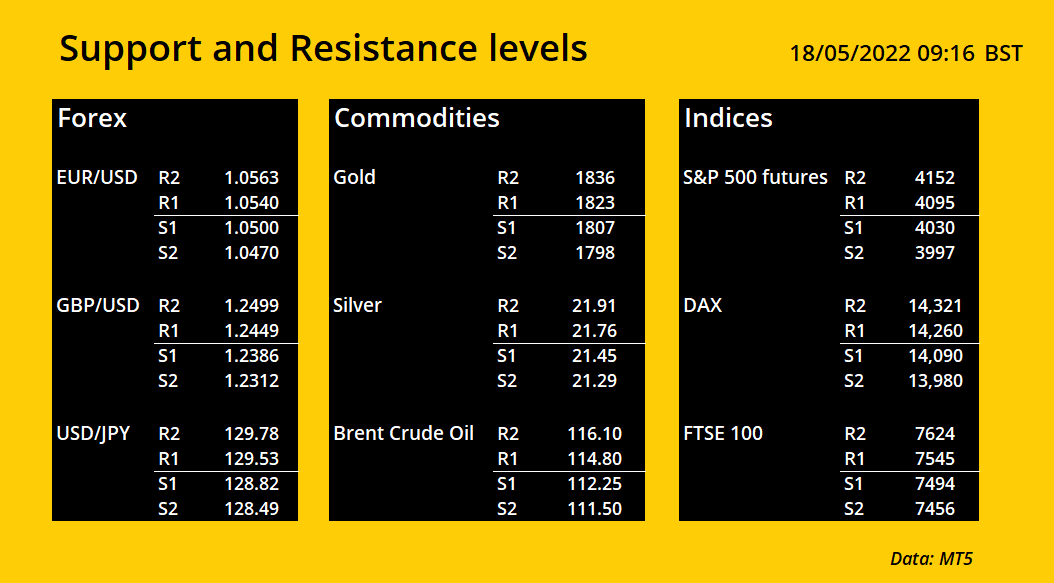