A hint of a USD correction was snuffed out into the close yesterday and markets are now focusing squarely on the US inflation data later today. After a disappointing close on Wall Street, US futures are looking to build support again. 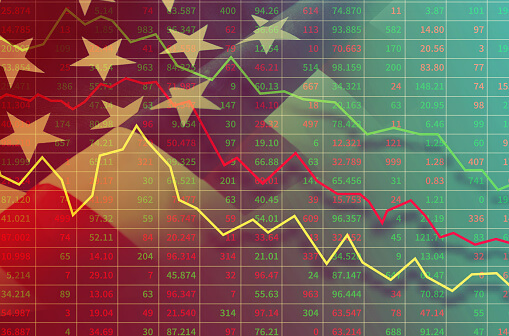 The early part of the week has been dominated by the move of EUR/USD falling to parity. Yesterday’s intraday rebound from the massively psychological $1.0000 level was encouraging, but this move may be short-lived as another retreat has parity in focus again today. This comes ahead of crucial US CPI inflation data later today. The world’s most widely traded forex pair is significantly oversold but a data surprise, either way, could induce another decisive move. Higher than expected CPI could wipe out parity and lurch the market below. Whereas, a downside surprise could induce a key rally.

Equity markets are also around key levels today. Recent recoveries have been rocked by two days of selling pressure re-emerging. Especially for Wall Street, recovery uptrends are now under threat and given the consistent strategy of selling rallies, the support of higher lows will be tentative. This could be a pivotal moment.

It is a busy day on the economic calendar. The Eurozone Industrial Production is expected to hold up well in May and recover the year-on-year production back into a position of (small) growth. The US CPI inflation will be key today, with the headline expected to show an increase to 8.8%, but interestingly, the core CPI is forecast to fall (having been flat last month). The Bank of Canada is expected to hike interest rates by +75bps but it will be more focused on how much further they are willing to go which will take the market's attention.

Market sentiment is mixed ahead of US CPI: European indices are playing catch up on a late sell-off into the close on Wall Street last night. US futures are relatively stable this morning, in wait-and-see mode. Major forex is mixed, with the drop back in EUR a concern. GBP is performing well after UK GDP surprised to the upside.

Treasury yields are waiting for US CPI: Yields rebounded into the close last night and are all but flat this morning. US CPI will likely drive a key reaction later.

The RBNZ hikes by +50bps: The Reserve Bank of New Zealand increased the OCR by +50bps (+0.50%) to 2.50% as expected. It remains appropriate to tighten policy and will tighten conditions at a pace to maintain price stability by also supporting maximum sustainable employment. The decision was consistent with previous messaging, however, there was a slight balancing to the message with mention of sustainable employment. NZD dropped slightly on the announcement.

China's trade surplus improves: The surplus jumped to +$97.9bn in June (from +$78.8bn in May) driven by higher than expected exports of +17.9%. Imports were +1%, slightly lower than forecast.

UK monthly GDP for May upside surprise: After 3 months of flat or negative monthly GDP prints, May GDP posted a surprisingly positive +0.5% (-0.1% forecast). GBP has found strength and outperformance on this.

Cryptocurrencies tick higher after another fall: Bitcoin has unwound almost all of the recovery gains of the past two weeks, falling almost -5% yesterday. However, the price is slightly higher this morning, by +1% up to $19,600.

Broad outlook: Risk appetite is mixed this morning ahead of US CPI.

Commodities: Precious metals remain under selling pressure whilst oil is scrambling for support after another big sell-off yesterday.

Indices: A pivotal moment for a Wall Street rally.