The Bank of Japan has chosen not to change its ultra-easy monetary policy stance, defying expectations, and weakening the JPY. GBP is stronger after UK CPI stayed stubbornly high. 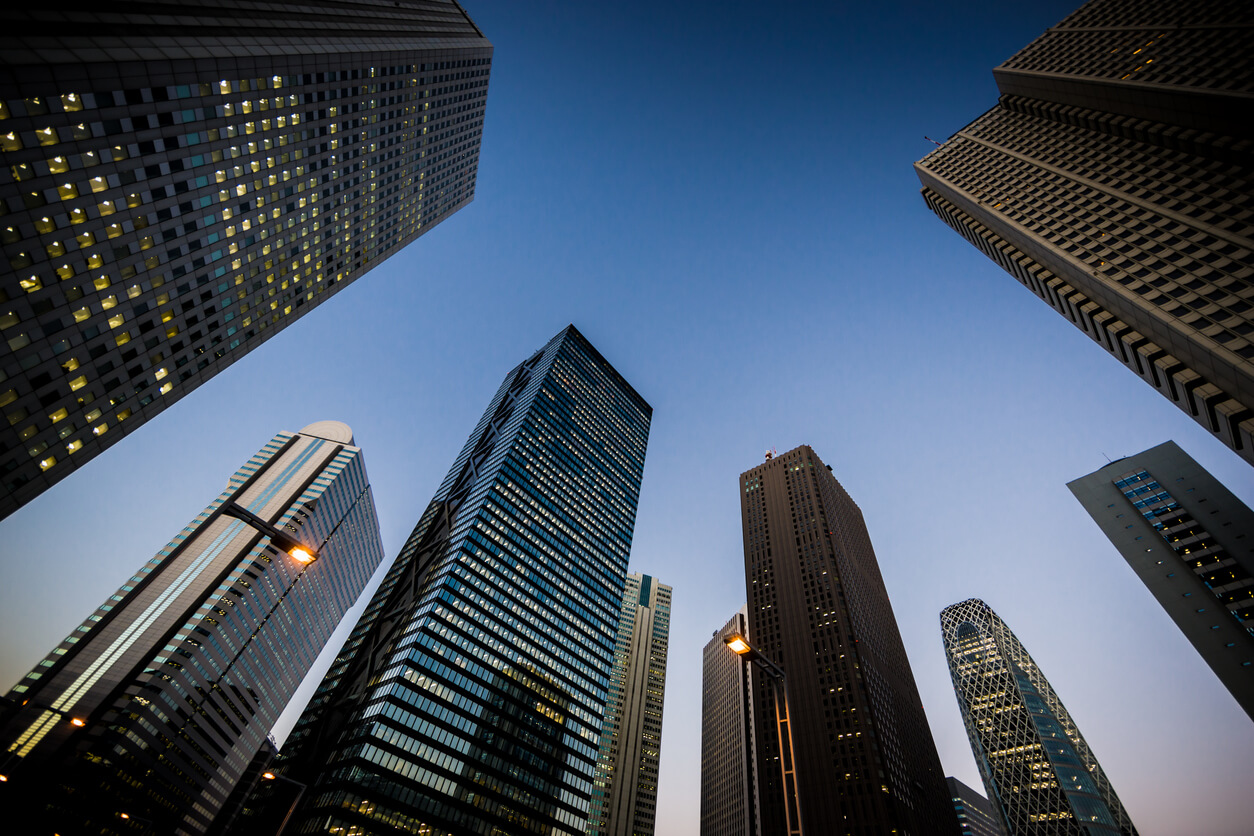 The build-up to the Bank of Japan meeting has been filled with anticipation of a hawkish move. The BoJ was expected to confirm a move away from its ultra-easy policy stance, likely to have been removing the yield curve control bands. However, the BoJ has defied these expectations and continues to defend the 10-year JGB yield from moving above +0.50%. This has seen the previous strength of the JPY sharply unwinding this morning. The momentum in the move has been strong, but volatility is high and some unwind to the move is already taking hold. For now, the negative trend and technical signals on USD/JPY remain intact (see below), but this could be a key moment.

Interestingly, despite the strength that USD may have gotten from USD/JPY rallying, the USD is weakening once more across major forex. UK inflation has dipped slightly, but on a headline basis, with core inflation remaining stubbornly high. We are seeing GBP supported as the USD has sold off. This USD weakness is also helping commodities higher, with silver rebounding hard. However, the interesting mover is Brent Crude oil which is pushing for a six-week high today. A weaker USD is also helping risk appetite and a mild positive bias for equities today. Although the move may find some limitations in overbought markets.

There is a US data focus on the economic calendar today. However, first up is the final reading of Eurozone inflation for December. The headline and core HICP are expected to be unrevised. US Retail Sales will grab the headlines, with reductions for headline sales of -0.8% in December and -0.4% for core sales. US Industrial Production is expected to show a marginal month-on-month decline. There will also be a focus on the Fed, with the Beige Book later in the session and a smattering of FOMC speakers.

Market sentiment is positive: A weaker JPY and also USD underperformance is playing into a positive bias for commodities and to a lesser extent equities.

US Treasury yields have dropped back: The 10-year yield is c. -5bps with the 2-year yield -21bps in early moves today.

Bank of Japan defies expectations and maintains policy: The BoJ has kept its ultra-low interest rate policy (at -0.10%) and held its yield curve control cap. This comes despite market expectations that it would bring its enormous monetary stimulus to an end. The JPY has fallen sharply following the decision.

UK inflation falls slightly, as expected: Headline CPI dropped to 10.5% in December (from 10.7% in November). This was in line with the 10.5% expected. Core CPI has remained at 6.3%, with the consensus looking for a slight drop to 6.2%. GBP has initially strengthened on this.

Cryptocurrencies initially weaker: Cryptos have been choppy intraday in recent sessions but have been grinding out gains into the close. Prices are slightly weaker early today but the trend remains positive. Bitcoin is -0.4% at $21240 with Ethereum -0.4% at $1575.

Forex: Major pairs have been consolidating but continue to show a USD negative bias. 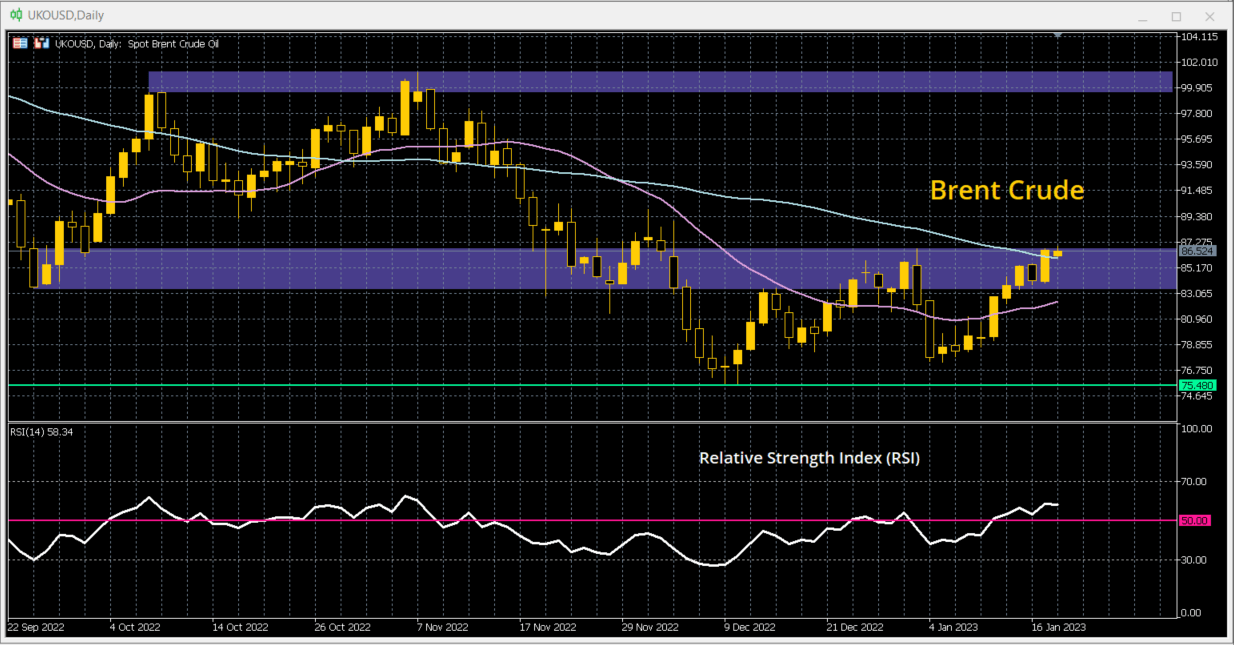 Indices: The strong rallies are losing some momentum amid consolidation. 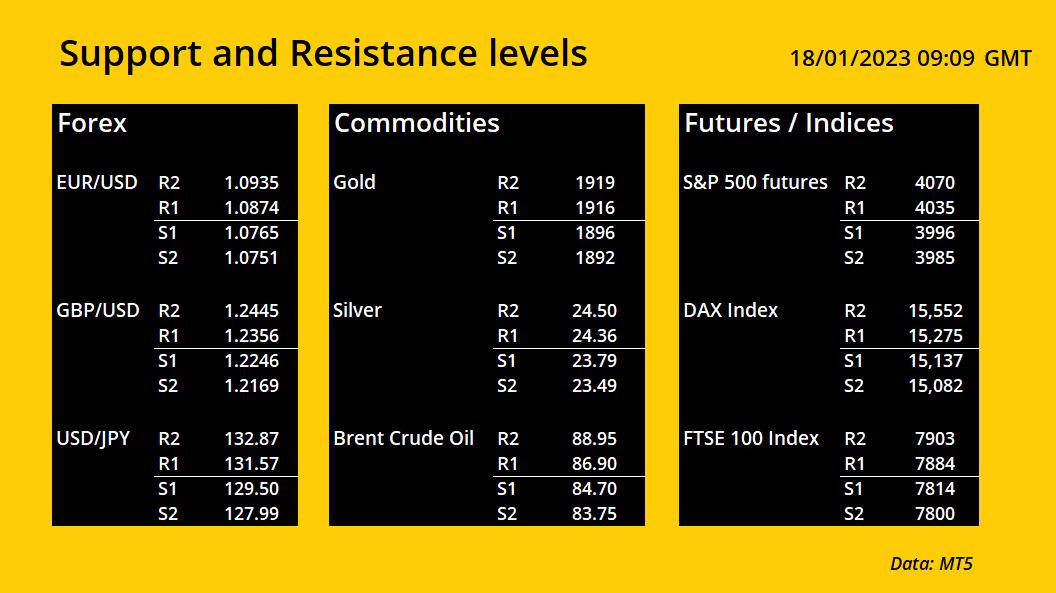